The ICA Watershed Will Return with a “Monumental” Immersive Installation

After a yearlong hiatus, the free art gallery makes its return in July with another sprawling ocean-themed installation. 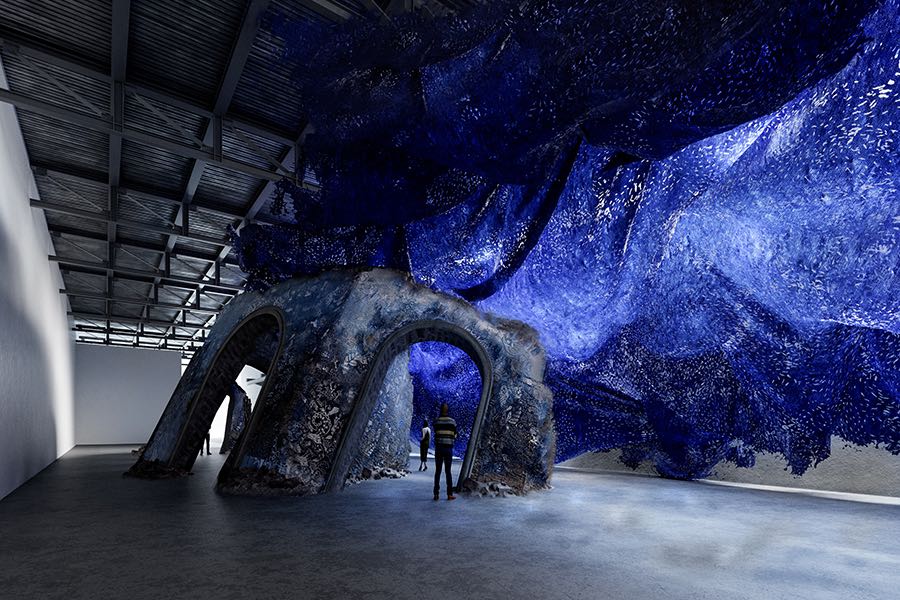 In yet another sign that the city is healing, and that its shuttered gems are returning to their former glory, the ICA Watershed in the East Boston Shipyard is set to make its comeback this summer.

The cavernous free-to-all art space located across Boston Harbor from the ICA’s Seaport location has announced it will be reopening its gigantic garage doors on July 3, launching its first season since it went dark in 2020 during the pandemic.

For this season, the 15,000 square foot building will host a “monumental” immersive exhibit that includes a large sculpture and mural made to look and feel like “ancient ruins as though the sea had receded from the Watershed floor to reveal the archeology of human history in the Caribbean,” according to an announcement from the museum. The installation includes a light show that creates  an “undulating blue expanse overhead,” along with “a soundscape created from recordings of Boston Harbor and the Caribbean, featuring sounds of the sea and maritime bustling, as well as personal stories of migration.”

It’s the handiwork of celebrated New York-based Dominican artist Firelei Báez, and according to the ICA, it’s the largest she’s ever produced. 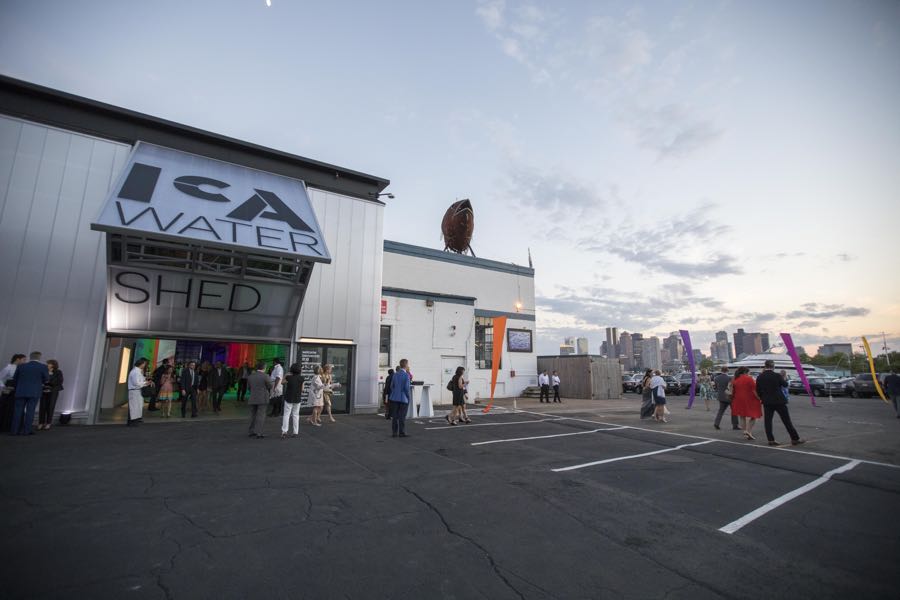 “The Watershed’s location—in a working shipyard and as a trade site and point of entry and home for immigrants over decades—provides a pivotal point of reference for the work,” ICA Director Jill Medvedow says in a statement. “Her installation will invite visitors to walk through passageways, travel through time, and experience the many streams of influence and interconnectedness that the artist conjures.”

It’s in keeping with the ocean-centric vibe the ICA has curated at the Watershed in its two earlier runs. It debuted in 2018 with Diana Thater’s Delphine, which featured projections of undersea footage of dolphins. In 2019, viewers were treated to a massive multi-paneled screening of John Akomfrah’s Purple, a film exploring the ravages of climate change.

Accompanying the 2021 installation will be a presentation from Boston artist and educator Stephen Hamilton, which will be based in the Watershed’s Harbor Room and will focus on West African indigo dyeing.

The Watershed, it’s worth pointing out, did not go completely dark last year. It was repurposed as a food distribution site for much of 2020. Its staff also distributed hundreds of art kits to needy families with children, which were stuffed with markers, paints, colored pencils, and projects created by local artists.

The ICA’s main location in the Seaport is open as well. Visitors are required to book timed tickets, which can be found here.

Thinking about heading down to the Shipyard this summer? Consider hopping on the ICA’s water shuttle, which runs across the harbor several times each day, and is free to ride with the purchase of a ticket at the Seaport location. While you’re in the neighborhood, take a minute to enjoy the sculptures scattered around the shipyard, as well as the six new climate change-themed murals that debuted there last fall. The Downeast Cider House, which is just a few steps away from the Watershed, has kept its popular tasting room closed for now, but is still selling its wares curbside.

The Firelei Báez installation opens to ICA members on July 1 and to the general public July 3, and runs through September 6. Admission is free. For more info, visit ica.org.