Tom and Zendaya Have Mastered the Boston Celeb Moment

It's mellow. It's chill. It's charming. And it's becoming part of the star-studded fabric of life here. 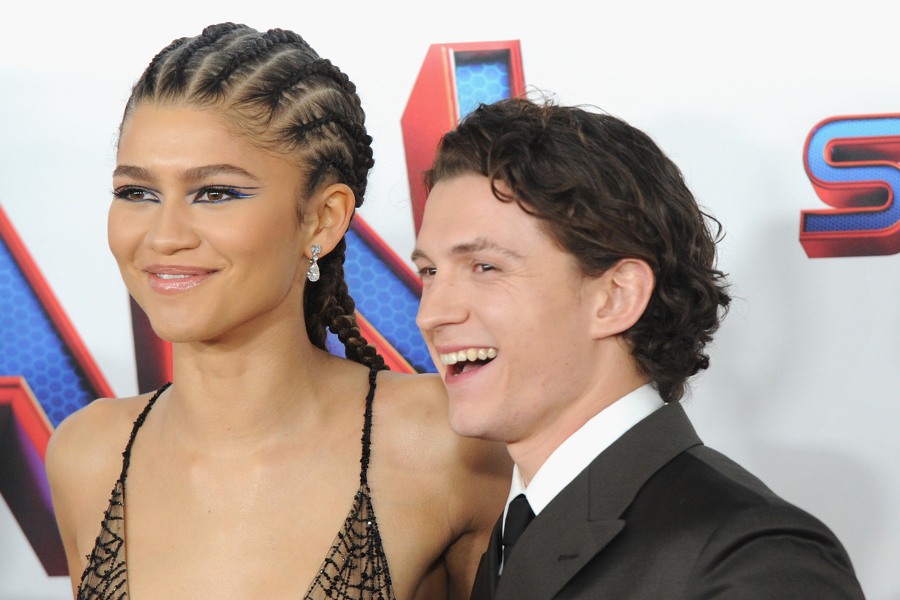 Zendaya is in Boston. It is impossible not to know this fact, considering the immense amount of attention given to the mega-star’s arrival in the city. What’s up to you is how psyched you are about this, the latest and possibly buzziest celebrity residency Boston has seen in some time. And whether we can keep up our streak of easygoing Boston celebrity moments throughout her stay here.

The news that the Euphoria and Spider-Man actress was spending some time in the area became part of Boston’s collective consciousness last week, when she was spotted flitting between stores on Newbury Street in between shoots for her upcoming movie Challengers. What makes her time here doubly exciting is that she appears not to be shy about being seen in public, and so it’s theoretically possible to run into her while, say, shopping at MUJI.

Fans figured this out, and in no time we were seeing local news crews reporting on packs of fans, including some from local colleges, forming mobile Zendaya reconnaissance units and roaming Back Bay in hopes of a sighting.

But that’s not to say she’s been mobbed like the Beatles in ’64 this whole time. In fact, it’s been the opposite. The specific vibe of the celebrity-in-Boston moment reached its apex this week, when photos surfaced of a decidedly dressed-down Zendaya and Tom Holland, allegedly sharing a mocha frappe at Tatte.

A photo of an A-list power couple spending time together is bound to get some attention, but for whatever reason this one really did numbers: A tweet from the account Zendaya Updates has been shared a whopping 21,000 times (It also spawned one of the most astonishing takes I’ve seen in months). I think that has a lot to do with the vibe. You know the one, if you’ve been following celebs’ travels around Boston the past few years.

Remember when Don’t Look Up‘s Jennifer Lawrence ran around dancing on a Boston sidewalk in pajama pants after the 2020 election? That’s what we’re talking about here. Or when Dwayne Johnson was here to film Central Intelligence and posting workout videos on the Esplanade and posing with a guy from Wakefield after sideswiping his pickup truck?

The Boston celebrity moment is distinct in a few ways. This is not New York or LA, so paparazzi goblins do not lurk around every corner, and stars are not expected to be glamorously dressed at all moments. In Boston, celebs can linger, let their hair down (literally), and just be charming and chill.

We’re talking Jon Hamm posing with people’s dogs in the South End. Or Celtics-era Shaq, inviting Boston fans to just come hang with him in Harvard Square. Or Bruce Springsteen doing some finger-picking in the Public Garden, and Justin Bieber walking barefoot through Boston Common (a weird one, sure, but I’m gonna count it). The jury’s still out, in my opinion, on the authenticity of this one, but John Legend happening to hear a busker sing “All of Me” at Faneuil Hall is at bare minimum an attempt at the Boston celeb moment style.

It has simply become part of the regular flow of life in this city that, due to the high volume of movies opting to film around here, the most famous people in the world will occasionally be hanging out here, often for weeks at a time. That they, by and large, appear pretty comfortable in our neck of the woods while they’re up here is pretty neat.

I think that has a lot to do with the city’s more casual and mellow reaction to the presence of A-listers—like the guy in the big headphones in that Tatte picture, who appears at least in that fleeting moment to be nonchalantly tapping on his laptop. This could be undone in the case of Zendaya, of course, should anyone turn into a shrieking superfan the second they see MJ from Spider-Man at Newbury Comics. But so far, so good. The film tax credit, whatever you think of it, has had the side effect of making this city cooler by association, and it shows.

Case in point: additional footage of the Tatte excursion shows people were actually pretty chill about letting the duo get out of there mostly in peace. Great job, everyone!

Saw @Zendaya and @TomHolland1996 casually having a day in the city. Y’all take care and I’ll see you around. pic.twitter.com/OPE0CDehW8

After all, it behooves us to act like we’ve been there before. Because we have!