49 Things to Do This Week in Boston

Don't miss the annual Boston Common Tree Lighting, Van Buren Records at the Paradise Rock Club, and one of the last weeks to visit the SoWa Winter Festival this season. 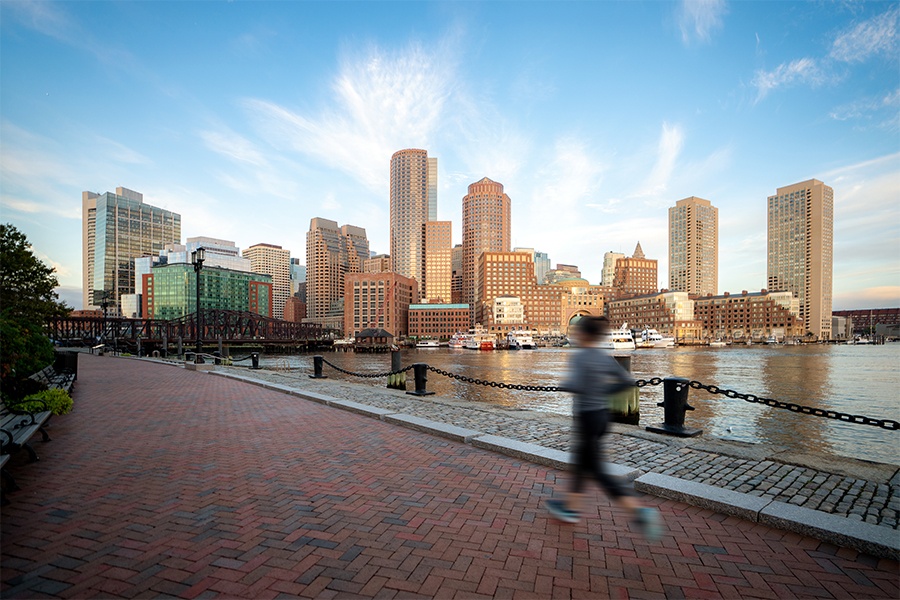 Moonbox Productions presents Harvey Fierstein’s trilogy, centering on the life of Arnold Beckoff, a gay Jewish man living in New York City in the ’70s and ’80s, described by the playwright as a “kvetch (someone who complains habitually) of great wit and want.”

Tir Na Theater brings us this comedy by Mark Doherty, about an elderly Irish father-son duo who journey across their homeland to find the elder man’s other son, fathered in a fling years ago.

The American Repertory Theater launches the North American debut of this stage adaptation of the popular philosophical novel Life of Pi, about a boy and a handful of talking animals adrift on a lifeboat in the ocean—but of course, it’s about much more than that.

Written by Langston Hughes, this show, put on annually by the National Center of Afro-American Artists, tells the Nativity story from a distinctly Black American perspective, with a cast of over 50 adults and children singing the uplifting score.

This play by Lloyd Suh dramatizes the life of Afong Moy, a Chinese woman brought to New York City as a teenager in 1834 by American traders, who put her on display as a sort of exotic specimen. Suh tells the tale with awareness of both the cruel indignities and comic absurdities of Moy’s situation.

The Play That Goes Wrong

Lyric Stage presents this comedy about a college theater troupe whose performance of a classic murder mystery play—wait for it—goes wrong, in a thousand hilarious ways at once.

This Tony-winning Broadway musical reimagines the six unfortunate wives of English king Henry VIII as a pop group arguing—through song, of course—over who should get to be band leader.

The Boston Ballet’s flagship production returns for another season of magic. Artistic Director Mikko Nissinen has been perfecting his version since its 2012 debut, creating an ever-more sumptuous treat for holiday audiences.

Boston-area native Robert Kelly has worked with other local comedy luminaries throughout his career, including Dane Cook, Gary Gulman, Bill Burr, and Louis C.K. Since 2010, he’s hosted the comedy podcast You Know What Dude!, which he describes as “a true comic hang.”

From director Frederick Wiseman comes this dramatization of the relationship between Leo Tolstoy and his wife, Sophia. Its narration, from the latter’s perspective, is drawn from the couple’s voluminous letters and journals.

If you’re looking to get a bit surreal this week, the Brattle has you covered with screenings of Eraserhead, Inland Empire, Lost Highway, Mulholland Drive, and other inscrutable David Lynch classics.

Join Keith Lockhart and the Pops for their yearly yuletide treat, a mix of beloved holiday tunes, including the orchestra’s signature version of “Sleigh Ride,” leading up to an appearance from none other than St. Nick himself.

If your biggest issue with the holiday season is that it’s not sexy enough, this is the show for you: a perfectly outrageous burlesque reimagining of The Nutcracker that’s become a subversive local institution.

These prolific Canadian dream weavers are back with a Christmas-themed production, ‘Twas the Night Before, about a teen who finds herself swept into the world of the poem “The Night Before Christmas.”

Learn to Curl at Snowport

Once again, the North End Curling Club is offering to educate the curl-curious in their art for free. Snowport’s curling lanes are iceless, so it won’t be exactly the way the pros do it, but you’ll definitely get a taste of the action.

Noiseland: The Music of Boston

Swimming with Sharks: A Deep Dive into Shark Biology and Behavior

With its latest exhibition, the Harvard Museum of Natural History makes the case that sharks are much more than the brutally effective killing machines of popular imagination. You’ll learn about their crucial importance to marine ecosystems, their fascinating skin, and more.

This outdoor installation by Swiss artist Claudia Comte is a meditation on the wonders of nature, with quotes from environmental activists set beside its five large leaf-like sculptures. It also looks like a great Instagram opportunity.

Metal of Honor: Gold from Simone Martini to Contemporary Art

The Gardner Museum compares the use of gold in medieval European art with its use by contemporary American painters with rather different purposes, focusing on Titus Kaphar, Stacy Lynn Waddell, and Kehinde Wiley.

Life Magazine and the Power of Photography

The MFA back at the magazine Life, which ran from 1936 to 1972, examining its world-famous photography, which helped shaped our collective memory of the era, and its own creative process.

To Begin Again: Artists and Childhood

The ICA brings together 40 artists exploring the subject of childhood in a variety of media, as well as works from actual children, all of it arranged around the themes of self-expression, creativity, power, care, labor, and learning.

Using over 100 photos and other art objects from their collection, the Peabody Essex Museum investigates the arrival of photography in China in the 19th century, particularly in terms of the country’s relationship with the outside world.

Dare to Know: Prints and Drawings in the Age of Enlightenment

Including over 150 works, Harvard Art Museums’ exhibition explores the complexities of the Enlightenment, an age of intellectual and political revolution whose legacy continues to haunt and inspire the Western imagination.

The Art of the Brick

Artist Nathan Sawaya is one of the few adults who’s made a career out of playing with Legos, creating remarkable sculptures of human figures, Lego versions of famous works of art, and even a 20-foot T. rex, all of which—and more—will be on display at this show.

This indoor exhibition lets kids get up close and personal with more than 20 animatronic dinosaurs. VIP packages include more fun activities.

Though it’s one of many local outdoor ice rinks that spring up around this time of year, the Frog Pond is the classic choice. Note: the price listed below is for admission; skate rentals will cost extra.

Sign up to win one of the dozens of beautifully decorated holiday trees at this annual event. There’s also an intricate, holiday-themed model railroad, winding through a miniature Boston, a Dickensian city scene, and, of course, the North Pole.

This massive holiday light display is spread across 15 acres at the New England Botanic Garden. Visitors can also enjoy s’mores and hot cocoa.

Lighthouse Immersive’s latest concoction envelops visitors in the magical winter wonderland of The Nutcracker, with music from Tchaikovsky’s score and huge projections of the iconic ballet’s enchanting world.

Over 100 regional artists, designers, and other vendors will be plying their wares at SoWa’s Winter Festival. There will also be food, specialty cocktails, and live music.

The Holiday Market at Snowport

Snowport’s Holiday Market includes more than 120 local vendors selling pretty much everything, plus a Christmas tree market, a custom cocktail bar, and lots of food—because this much shopping requires nourishment.

This Brockton-based, 13-member rap collective might just be the Boston area’s answer to the Wu-Tang Clan: a diverse array of talent from the outskirts of town who’ve fashioned their own rough-edged hip-hop universe. They released their second album, DSM, in September.

Best known for their 1993 single “Web in Front,” North Carolina’s Archers of Loaf were one of many ’90s indie rock bands who bridged the gap between underground and mainstream. They reunited in 2011 after a 13-year break but waited until this year to drop a new studio album, Reason in Decline.

An Evening of Jazz and Healing

Come down to the Common to see Nova Scotia’s annual donation to the City of Boston—this year, a 45-foot white spruce—set aglow in all its coniferous glory. You can also catch live performances, a pyrotechnic show, and, if you arrive early, an ice skating show on the Frog Pond rink.

Paraguayan filmmaker Paz Encina will appear in person at this screening of her latest movie, a dramatic portrayal of the Ayoreo Totobiegosode people, an indigenous group of the Amazon, combining mythological and ethnographic perspectives.

Each year, bhangra teams from all over convene for this high-energy dance-off, full of colorful costumes and booming beats. Top bhangra artist G Sidhu is 2022’s special guest.

This weekend’s Holiday Celebration, offering special activities, live music, hot chocolate, and other treats, is a good excuse to check out the McMullen Museum’s special exhibition American Alternative Comics, 1980-2000: Raw, Weirdo, and Beyond before it closes Sunday.

Singer-songwriter Stephen Kellogg emerged from Western Massachusetts with his alt country/rock band the Sixers in the 2000s, but he parted ways with the group in 2012, embracing a folkier sound in his subsequent solo work. His latest album, Keep It Up, Kid, drops Friday.

Harvard Art Museums’ Screens for Teens series closes out the year with the definitive adaptation of Charles Dickens’ beloved novella.

Browse a curated selection of vintage clothes, handmade goods, jewelry, art and more, grab a bite to eat, and, if the mood strikes you, go for a skate at the 401 Park ice rink.