We've still got schools at the top of the class. 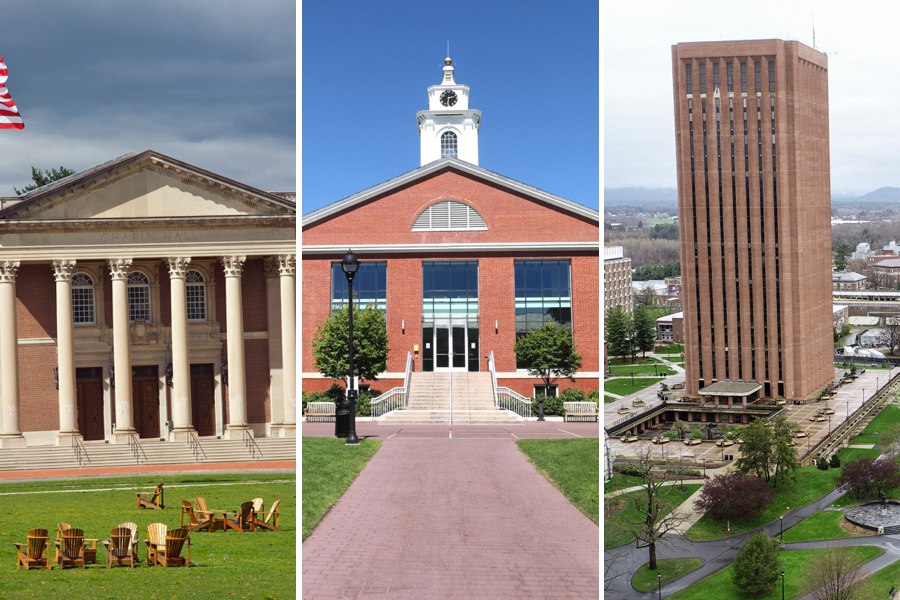 Picking a college is tough in a good year, when going off to college at the very least means fully enjoying the undergrad experience in all its non-socially-distanced glory. But it’s even tougher this year, as students head back to class at a scary and confusing time. So for any families weighing their options while checking coronavirus case counts in the home states of the schools of their dreams and praying we no longer have to deal with all of this lunacy come fall of 2021, U.S. News & World Report has released the latest edition of its Best Colleges rankings.

And once again, Massachusetts has landed a bevy of its colleges near the top of the class.

Harvard has yet again come in second place on the list of top national universities, placing just shy of Princeton, which claimed the top spot. MIT came in fourth, a slight downgrade after tying with Yale last year in third (Yale now has the sole claim to the number-three spot). Tufts came in 30th, sharing the honor with New York University, the University of California – Santa Barbara, and the University of Florida, Boston College placed 35th, and Boston University tied with Brandeis at 42nd. Northeastern endured a notable drop in the list, falling from 40th to 49th.

Williams College, meanwhile, has held its top ranking on the list of national liberal arts colleges, followed once again by Amherst College at second.

In rankings of regional colleges, Bentley is now tied for first with Providence College, a bump up from last year, when it placed second.

To reach these conclusions, U.S. News compiles data on 18,000 colleges and universities and crunches the numbers on 17 metrics, among them faculty-to-student ratios, graduation rates, and other figures. This year, it now weights “outcomes” for students—as in, what happens to students at the end of their college careers. And for the first time, 5 percent of a college’s ranking is based on “student indebtedness.”

The numbers for each school do not take into account the giant mess that the pandemic has wrought on colleges in 2020, so do with that information what you will.

“The pandemic has affected students across the country, canceling commencement ceremonies and switching classes from in person to remote,” Kim Castro, editor and chief content officer of U.S. News, says in a statement. “Whether students have slightly altered their college plans or changed them entirely, it remains our mission to continue providing students and their families with the tools they need to help find the right school for them.”

Also new this year were rankings of undergraduate computer science programs, a list U.S. News compiled by sending surveys to college deans and computer science professors, and asking them to rate programs at 481 other colleges on a five-point scale. Naturally MIT ranked first, with the list’s only perfect 5.0 rating. Harvard (4.3) came 13th, UMass Amherst (3.9) tied for 31st, and Northeastern (3.7) tied for 41st.