A team of researchers used the veins of a spinach leaf to grow heart tissue. 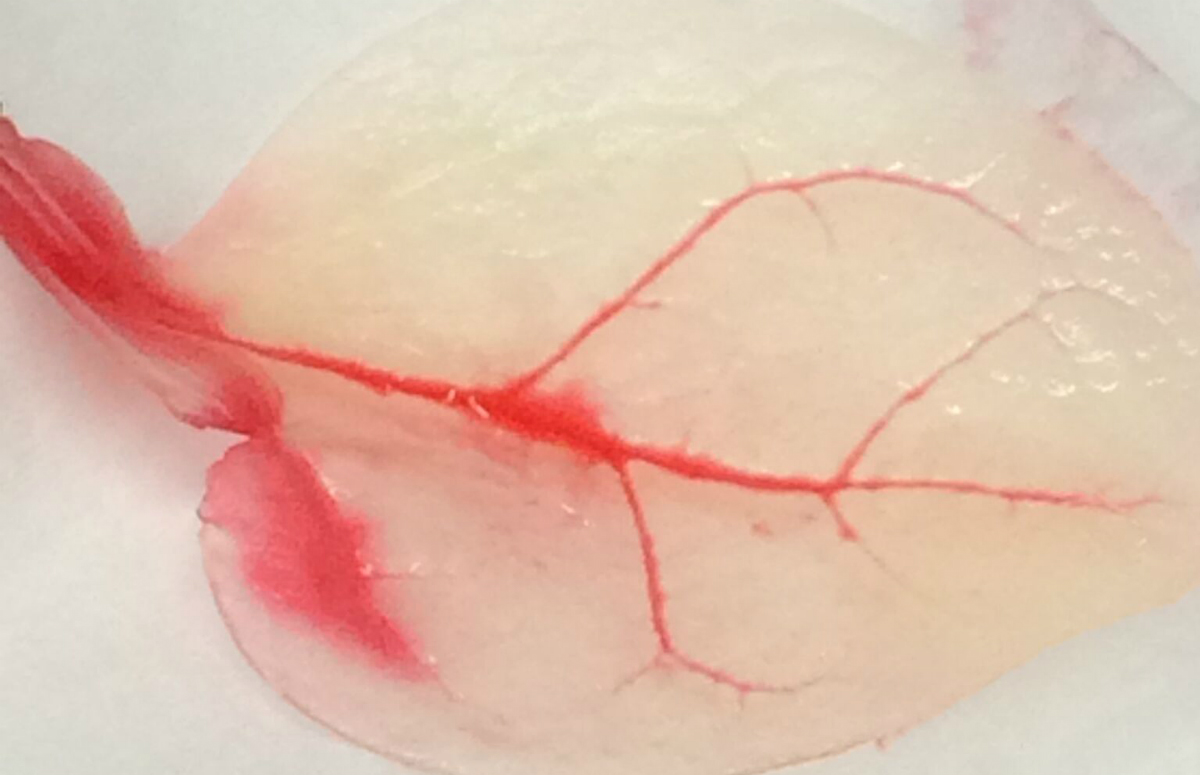 Spinach isn’t merely a heart-healthy veggie. A team of researchers just demonstrated that the green may even be able to grow a heart.

In a paper published Wednesday, researchers from Worcester Polytechnic Institute (WPI), the University of Wisconsin-Madison, and Arkansas State University-Jonesboro detail how they used spinach leaves to grow heart tissue.

Believe it or not, spinach leaves have a vascular system similar to humans’. So to start, researchers pushed a detergent solution through the spinach’s veins, stripping it of its plant cells and leaving behind the structure that keeps those cells in place. They also filled the spinach veins with human cells that line blood vessels.

“Adapting abundant plants that farmers have been cultivating for thousands of years for use in tissue engineering could solve a host of problems limiting the field,” Glenn Gaudette, a professor of biomedical engineering at WPI and corresponding author of the paper, says in a statement.

The growth possibility isn’t limited to Popeye’s favorite snack. Researchers achieved similar results in parsley, Artemesia annua (sweet wormwood), and peanut hairy roots, and even found that some plants have better networks than others.

For now, the WPI team is still working to create a vascular network for the outflow of blood and fluids from human tissue, and studying how human cells grow while they are attached to and nourished by plant-based scaffolds.

“We have a lot more work to do,” Gaudette says in the statement, “but so far this is very promising.”

Check out more details in the video below.