This Attachment Kicks Your Bike Up a Notch

After two years of development, the new and improved Copenhagen Wheel is available for purchase. 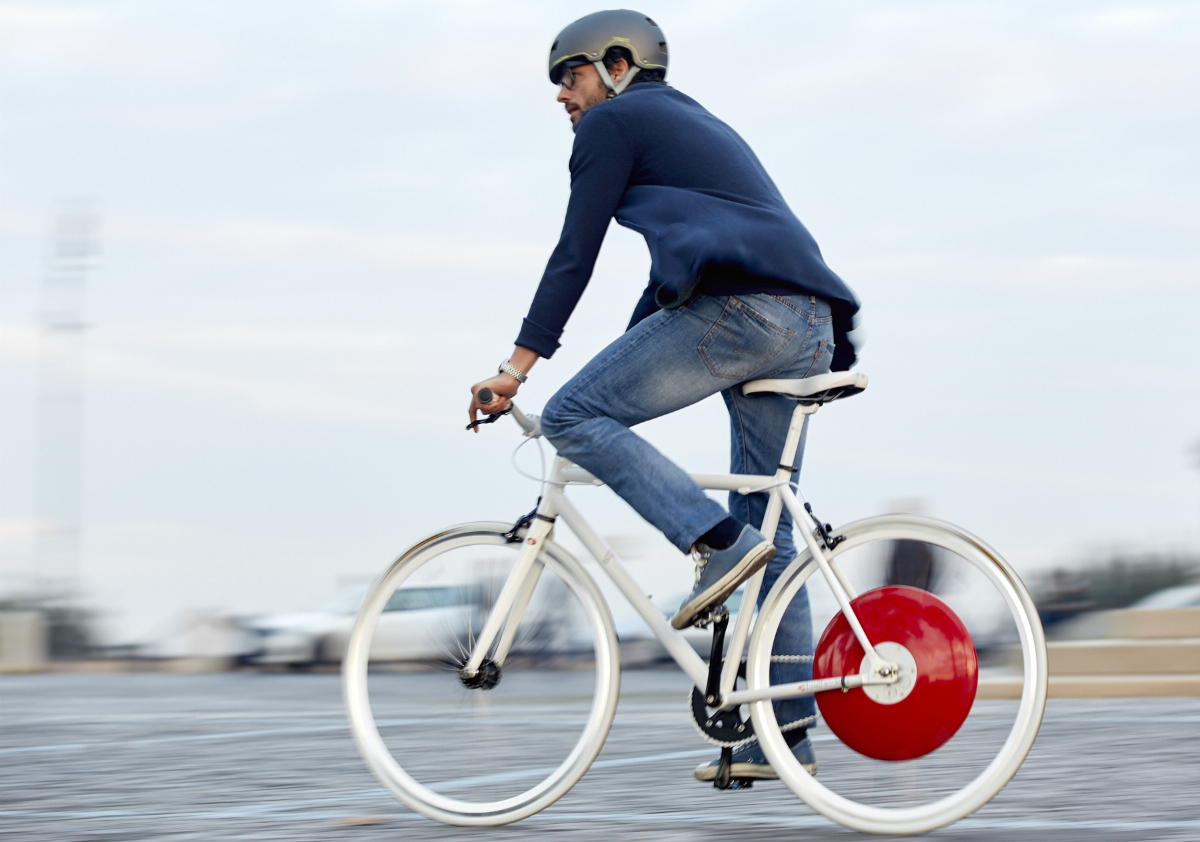 When Assaf Biderman decided to address traffic congestion in cities, he started by reinventing the wheel.

Biderman is the founder of Cambridge-based Superpedestrian, which on Tuesday released the new-and-improved Copenhagen Wheel, after two years of product development. The bicycle attachment enhances your pedaling power tenfold, helping you get to your destination faster and with less effort.

“We developed our own hardware, our own motor. Everything inside is built so that it senses how you move and completely imitates you,” Biderman says. “And the result is a sensation that you’re on a regular bike but that you have superpowers—you’re Wonder Woman.”

Biderman’s big idea came after noticing that there was “a big demand for an alternative to driving,” but that public transportation, ride sharing, and autonomous vehicles wouldn’t be enough to reduce congestion in cities.

He turned to bikes, looking first at the electric bicycle market. After a 2013 prototype that motorized regular bikes, Biderman realized the real potential lay in something that would “preserve the cycling experience,” but make it better. Enter the new Copenhagen Wheel.

“You can just ride it like any normal bicycle. All the complexity, all that algorithmic stuff and the sensing and the robotics, all of that is handled automatically in the background by a sexy red hub,” Biderman says.

That “sexy red hub,” which retails for $1,500, and its accompanying app measure everything that happens when you pedal—like wheel torque, power, acceleration, slope, headway, and wheel distortion—thousands of time a second. These measurements are all relayed back to tell the motor, in real time, how to imitate your movements, giving you “superpowers.”

The wheel’s power comes from lithium batteries, which can be recharged by being plugged in, braking, or putting the bike into exercise mode, when a rider works against it and charges the wheel with his or her own sweat.

“The main message that we are trying to send to people is that now you can cycle everywhere and enjoy it. It’s really all about the experience of cycling and it’s just enhanced,” Biderman says. “That’s why we are working so hard to employ the best technologies available to make it possible to cycle anywhere with great joy.”