This Local 17-Year-Old’s App Will Make You Happy

Asher Dale made an app based on the Three Good Things method. 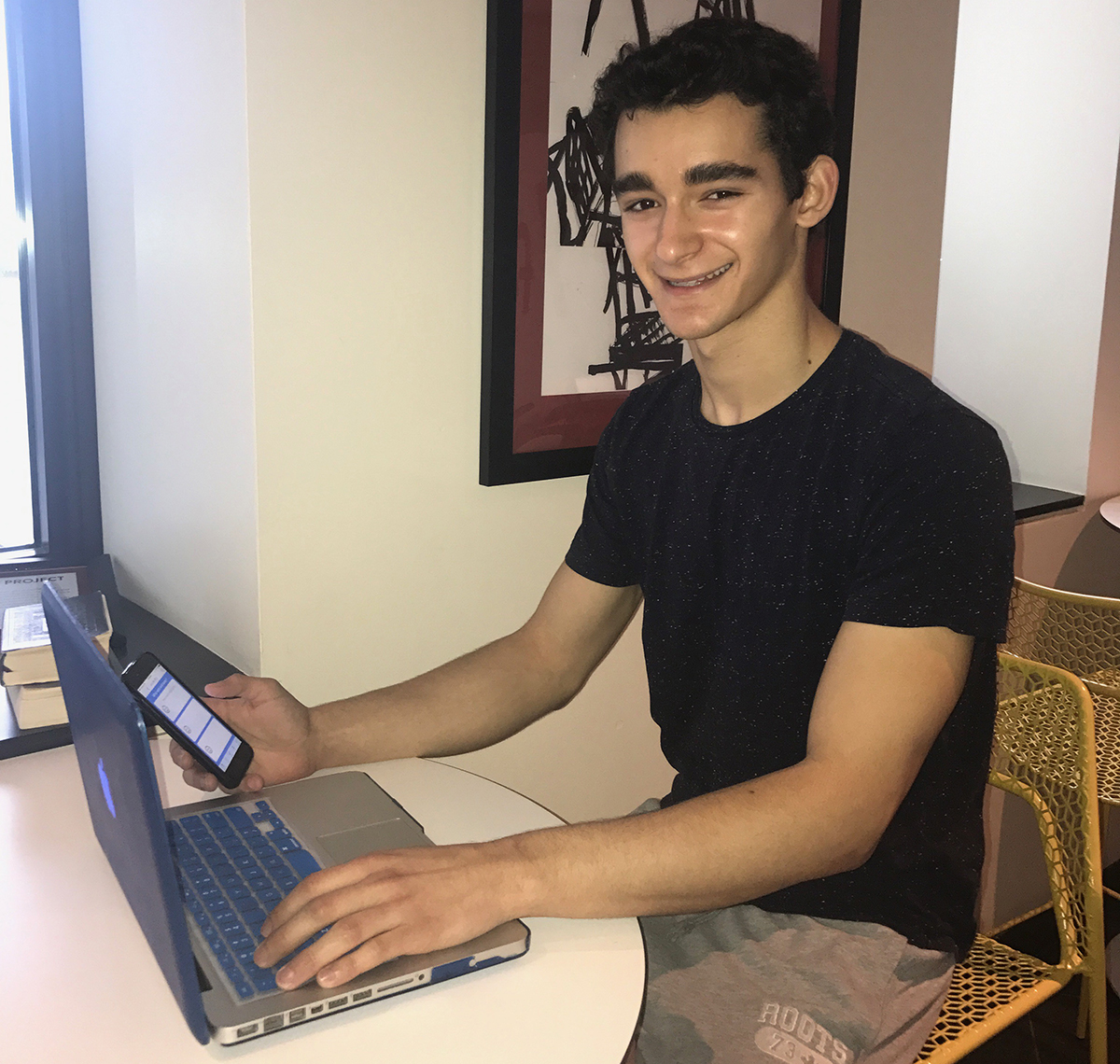 Asher Dale has three very good reasons to be happy.

For one, the 17-year-old Newton native graduates from Waltham’s Gann Academy this weekend. For another, he’s looking forward to a gap year in Israel. And finally, he’s celebrating the release of his first app, based on the “Three Good Things” method.

Three Good Things is a common positive psychology exercise, and refers to the idea that reflecting on three positive events each day—no matter how inconsequential—can make a lasting impression on an individual’s happiness. Dale first learned about the theory last summer, while reading Shawn Achor’s book the Happiness Advantage.

“This book really transformed my worldview and my career goals,” Dale says. “I’ve always been focused on having an awesome job, but since then I’ve been focused on being happy and not necessarily making a good salary, but just doing what’s meaningful for me.”

To help others do the same, the computer science student began building an app in January, learning the necessary skills as he went along. Called “Three Good Things—a Happiness Journal,” the free iOS app simply prompts users to log their three good things each day—from a nice phone conversation to a promotion at work—and allows them to track their entries over time.

“It’s a really small thing that you can do at the end of every day,” Dale says, adding that the app has averaged roughly 80 downloads per day since its release a couple weeks ago.

Dale has been following the Three Good Things practice since learning about it last August, and says it’s helped him grow more mindful and intentional. He also meditates, and reads about positive psychology as much as he can.

“I can’t pinpoint and say [Three Good Things is] the reason why I’m happy, but in the past year, I’ve definitely felt like I have more purpose and am more grateful and more mindful,” he says.

Dale is set to major in computer science when he enrolls at the University of Illinois at Urbana-Champaign in fall 2018, and says he sees himself eventually starting his own company or working at a startup after graduation.

Our guess? He’ll be happy with whatever he does.