Can Alzheimer’s Disease Be Prevented?

The neurodegenerative condition used to be a hopeless diagnosis, but research suggests those who are proactive may be able to reverse cognitive decline—or stop it from happening altogether. 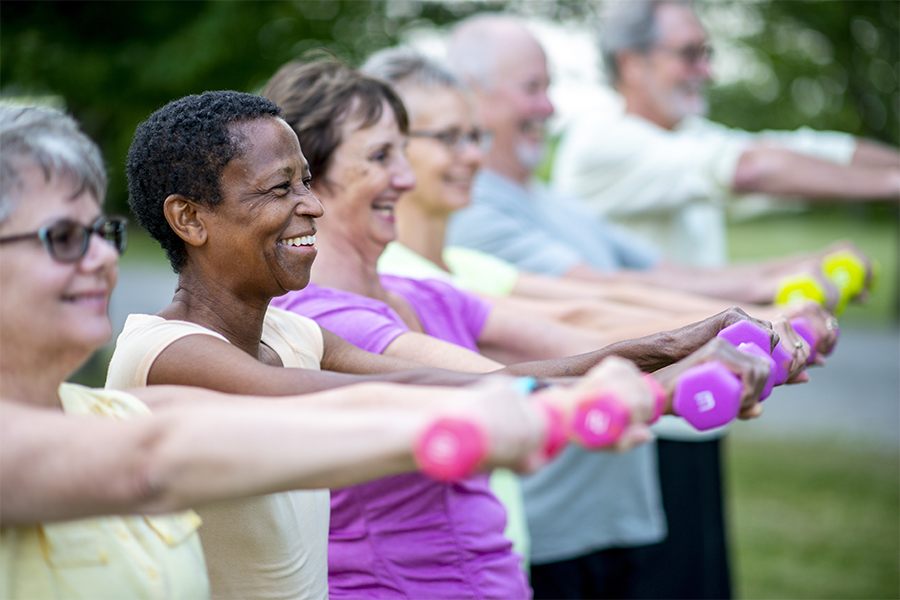 A while back, I had a conversation with a few friends from high school about whether we’d want to know if we carried the genes that put us at a greater risk of developing Alzheimer’s disease. The mouth-swab kits you send off to 23andMe seemed equal parts problematic and intriguing: On the one hand, we mused as we sipped iced coffee in my pal’s Cambridge kitchen, sitting around waiting for your inevitable decline when you know there’s no way to stop it sounds like a pretty bleak existence. On the other, what if knowing how you might die in the future could change how you live in the present?

For most of recent history, Alzheimer’s, which affects a person’s ability to think, remember, and reason, was a hopeless diagnosis because our thinking focused exclusively on the end result: the buildup of plaques and tangles in the brain that prevent synaptic functioning and cause mental deterioration. But more and more, doctors and researchers are coming to the conclusion that the way we live every day may be the key to the Alzheimer’s puzzle.

Dale Bredesen, a physician scientist in the Department of Pharmacology at UCLA who’s published more than 220 papers on Alzheimer’s, has spent 30 years looking at the root causes of the neurodegenerative phenomenon in hopes of eradicating it. Back when he started his research, his wife, an integrative physician, told him she thought basic measures could probably help prevent the disease: improving sleep and diet, decreasing stress. “And, of course, I laughed at her at the time,” he explained on my podcast, Empowered Health with Emily Kumler. “I said, ‘No, we’re going to find one molecule in one domain, one region within that molecule, and we’re going to get a drug against that and everything’s going to be great.’ Well, guess what? I should have listened to my wife all those years ago. She was absolutely right.”

Three decades later, Bredesen is confident in his hypothesis that reducing chronic inflammation in the body—by changing your diet, increasing exercise, getting better sleep, eliminating toxins, and reducing stress—may help stave off Alzheimer’s or reverse it when it’s already started. After having success with rodent models, last year in the Journal of Alzheimer’s Disease & Parkinsonism Bredesen published the case studies of more than 100 human patients in cognitive decline treated at 15 different clinics with his Bredesen Protocol, a personalized approach to reducing inflammation that “has led to unprecedented improvements in cognition.” (The protocol has not been successful for patients with severe Alzheimer’s disease.)

Because Bredesen’s approach is complex and requires patients to change many lifestyle factors, he’s faced an uphill battle in getting approval for a clinical trial, which must be based on a narrowly defined hypothesis that measures each variable in isolation. In the meantime, physicians from California to Massachusetts are finding success with the Bredesen Protocol.

Edward Levitan, a local doctor who has treated dozens of patients with the program, explains that the researcher’s ideas aren’t exactly new in the functional medicine world, which focuses on the root cause of illness rather than simply treating the symptoms. But he likes the Bredesen Protocol because he says it gives patients an easy blueprint to follow.

“The systems biology approach is really the future of medicine,” said Levitan, who runs a Newton wellness center called 5Journeys. “Really looking at a human being. Not ‘Oh, you ate something and you got this disease.’ It’s really your thoughts, your actions, what you eat, and so on. How you live as a system then becomes how your body manifests, what your body manifests. And I think that’s the key.”

Levitan isn’t the only one who thinks it’s never too early to prevent chronic disease. Rudolph Tanzi, director of the Genetics and Aging Research Unit at Mass General and the co-author of a book that examines the connection between lifestyle choices and illness, also believes that reducing inflammation is key when it comes to vanquishing Alzheimer’s. Much like Bredesen, in his book The Healing Self, Tanzi recommends eating a Mediterranean diet, getting a good night’s rest, exercising daily, and staying socially engaged (among other things) as a preventive and therapeutic approach to treating AD.

It seems there’s a common theme among these practitioners: Care less about your genes and more about your daily habits. But since I tend to err on the side of wanting more information whenever it’s available, knowing my genetic risk for Alzheimer’s felt important. My 23andMe test showed that while my genes don’t put me in the highest-risk category, I’m certainly not immune to the disease. That’s why I’ll continue to keep a close eye on my inflammation levels and keep telling my friends to do the same—even the ones whose risk factor remains unknown.