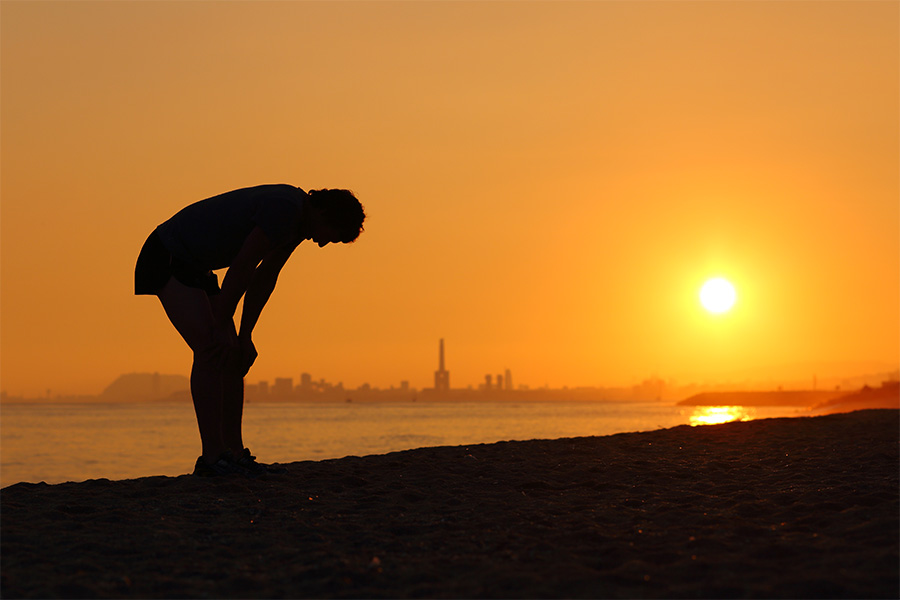 Matt was on a health kick. The Duxbury resident was working out four to five times a week—mainly long-distance runs and workout videos at home—when one day, out on a brisk jog with his wife and a neighbor, he noticed his left foot dragging. He laughed and shrugged it off at the time, but the weakness he felt in his leg didn’t go away. In fact, the symptoms remained steady for several years, interfering with Matt’s ability to run and even walk for extended periods of time.

But Matt, who at the time was barely 40, wasn’t going to take the problem lying down. During that time period, he saw many doctors in hopes that someone would be able to get him up and running again. At the neurologist’s office, testing initially suggested a pinched nerve in the lower back. When MRIs of that area and his left leg didn’t show anything abnormal, though, Matt was back to square one. “They said to try physical therapy and hope for the best,” he says. “It was frustrating because I knew there was some kind of root cause in there, but no one could find it.”

Meanwhile, things started getting worse. “A few times a day I would trip and stumble over my left leg just walking around, like when you catch your shoe on a rug,” explains Matt, who was so stiff and sore that he felt like Frankenstein’s monster. Increasingly frustrated with the situation, he said to his wife, a registered nurse, “Just get me a name. I need the best neurosurgeon for my back.”

And that’s how he found himself in Ron Riesenburger’s Tufts Medical Center office, explaining his symptoms yet again. At first, Riesenburger, a neurosurgeon and the director of Tufts’ Spine Center, didn’t order any expensive tests. Instead, he took out the simplest—and, it turned out, most important—tool yet in Matt’s diagnostic journey: a simple reflex hammer. When Riesenburger hit his patient’s left knee with the tool, Matt violently kicked his leg out, which sent up an immediate red flag. That reaction is “emblematic of a problem with the person’s spinal cord,” Riesenburger explains, specifically around the neck. So the doctor ordered another MRI for Matt, this one of the area in question. And lo and behold, he was right: Matt’s imaging showed his spinal cord was pinched at the very tippy top of his neck, the result of an area of excessive bone he’d been born with. If he didn’t want his mobility to deteriorate further, Matt would need to have surgery to correct the problem.

Last September, Riesenburger himself performed the surgery and relieved the pressure on Matt’s spinal cord. While he’s not back to long-distance running, Matt has a renewed interest in fitness and recently started rowing. He credits the neurosurgeon for catching his condition early enough to keep him out of a wheelchair. “I dodged a little bit of a life bullet,” Matt says. “Thank goodness that I live near Boston and Dr. Riesenburger was there.”