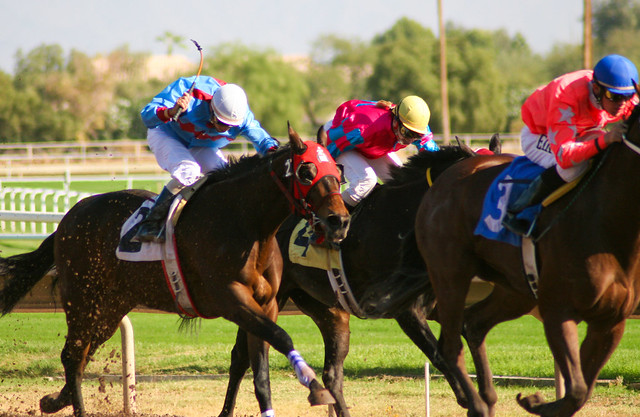 Steve Wynn, the world famous Las Vegas casino mogul, is tucking tail and leaving town. He’d partnered with Patriots owner Bob Kraft and come to Massachusetts in hopes of building a billion dollar bucolic(!) gambling mecca across from Gillette Stadium, but alas, the townspeople of Foxboro spoke loud and clear on Monday. They voted in two anti-casino city councilors, kicking the candidates more open to Wynn’s proposal to the curb.

So what does this mean? First, that we don’t have to worry about any Patriots missing games because they were too busy at the craps table or dancing shirtless in one of the casino’s clubs (not that we have anyone specific in mind here). But more substantively, yesterday was a very good day for the folks at Suffolk Downs. The East Boston track, which has partnered with Caesars Entertainment, vaults immediately into pole position for the coveted Region A casino license (the state gaming law splits Massachusetts into three geographic regions, with one casino license to be rewarded in each). Without Wynn and Kraft around, they’ll face competition only from developer David Nunes, who, partnered with Warner Gaming, is working on a bid for a Milford casino.

Suffolk Downs’ chief advantage is that a casino in densely populated Boston will almost certainly haul in more revenue (and therefore more revenue for the state) than one out in Milford. With Joe O’Donnell holding a 20 percent stake in the track, Suffolk is also politically wired up the wazoo (not to mention the fact that Boston Mayor Tom Menino is a big cheerleader for the project and one can only imagine that Massachusetts Speaker of the House Robert DeLeo would love to see a casino in his district). Nunes’ biggest selling point in Milford — assuming he can pass the local required local referendum — is his location near the crossroads of the Mass Pike and 495.

As UMass gaming expert Clyde Barrow put it to me over me email yesterday, “I wouldn’t be betting against Suffolk Downs today.”

There is of course time for other competitors to jump in the game, but who? Gaming companies seem weary of going up against Suffolk Downs, with all its local connections. MGM is looking in Region B, in the western part of the state, as is Penn National Gaming, Ameristar, and the Mohegan Indian tribe. Meanwhile, Genting, the Malaysian gaming giant, is locked up with the Mashpee Wampanoags in Region C. Really, that leaves Sheldon Adelson and his Las Vegas Sands Corporation as the only undeclared major player.

Adelson, of course, is a Dorchester native and, more recently, gained notoriety as Newt Gingrich’s billionaire backer. The Herald tries to stoke the Adelson rumor mill today, writing that the “Sin City billionaire could be poised to roll the dice on the Bay State.” The article goes on to say, “The Herald reported in January that Adelson renewed the registration of the Beacon Hill lobbying firm of Donoghue Barrett & Singal and has paid the firm nearly $400,000 since 2009.”

One problem: Adelson ditched the lobbying firm at the end of February. The state’s online lobbying database says as much and Roger Donoghue, a senior partner at the firm, confirmed it for me this morning. Right now, Adelson does not appear to have any skin in the game here in Massachusetts. That could change, of course — back in December, a Sands rep told me the company would “continue to monitor” the situation in Massachusetts. But in the meantime, there’s a good chance that the sound you hear right now is champagne popping at Suffolk Downs.