The 2024 Olympics: Be Careful What You Wish For

Why Boston as host of the 2024 games doesn't make a lot of sense. 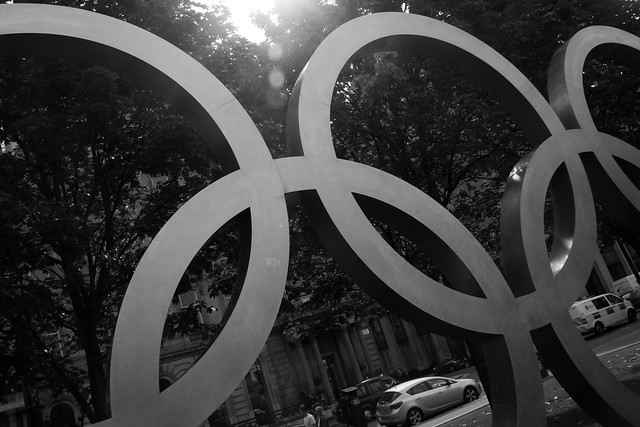 If the idea of massive debt, living in a police state, and turning Boston into the planet’s largest graveyard of used rubbers sounds like paradise, then by all means, cross your fingers that Boston will bring the 2024 Olympic Summer Games to town. If, however, you like your city pretty much the way it is, then you may want to think twice about wanting to host the world’s biggest party and construction project.

There’s no doubt that the idea of hosting the Olympics sounds cool. And that romantic notion is most certainly dancing in the minds of the Boston Olympic Exploratory Committee as they beg for Mayor Thomas Menino’s blessing to put in a bid for the Games. But the reality of hosting the Olympics is actually pretty grim.First, consider the economics of hosting the Olympics. The Games can generate about $6 billion in revenue, with roughly half of that going to the International Olympic Committee, but the cost of the event can run three to six times that amount. In London, for instance, the games cost $20 billion; in Athens it cost $16 billion; and in Beijing it cost an eye-popping $40 billion. In turn, Athens took on $9 billion in debt. Host city Sydney, Australia, took on $3.2 billion in debt, and after the 1998 Winter Games, Nagano crashed into a recession, costing each local family $30,000 in extra taxes until the games are finally paid for in 2015. And don’t be fooled by the promise of newly created jobs, either. Data from the Atlanta Summer Games—the last time the U.S. hosted the summer contest—revealed that the city may have actually lost jobs in the long-term and that 40 percent of jobs vanished when the Olympics left town.

The USOC has said that whichever city hosts the 2024 games will need 45,000 hotel rooms an Olympic Village that can hold 16,500 athletes. At the moment, Boston would need to build a Village and add about 15,000 hotel rooms, not to mention beef up the aging subway and train system. And it’s reasonable to assume that the city would construct venues to host the opening ceremony as well as a diving and swimming center. But what happens when the event leaves town? These enormous and expensive projects that would take up of tens of acres of valuable real estate would be tough to re-purpose. In Vancouver, for example, the city lent developers the bulk of the money to build the Olympic Village. A year later, the Village, which was converted into an upscale waterfront residential neighborhood, was a ghost town and the entire $721 million project was pushed by the city into receivership. And the last thing we need is a mammoth games stadium like Beijing’s Bird’s Nest just sitting empty along the waterfront.

And speaking of the Olympic Village, if history teaches us anything, it’s that the Village doubles as a stage for a 17-day long orgy the likes of which even Caligula would have needed an Olympic-sized prescription bottle of Viagra. At the 1988 Games in Seoul, former athlete Matthew Syed reported that there were so many rubbers on the roof of the athletes’ residence that the Olympic Association had to ban outdoor sex. Twenty-two years later at the Vancouver Winter Games, 100,000 condoms were distributed among 6,500 athletes—about 15 per person—and still there were not enough to go around. Luckily, athletes received an emergency shipment of an additional 8,500 condoms at the last minute.

Finally, there’s this to consider: every time an Olympics comes to town, the poor and homeless are displaced. Beijing displaced nearly 1.5 million people; Seoul displaced more than 700,000; and in Atlanta, 30,000 poor people were removed, 2,000 public housing units were bulldozed and homelessness was criminalized in order to clean up the streets and put on a bright, happy face to the world.

So while it might sound cool for Boston to host the Olympics … it may not really be so cool after all.