Small, solar-powered pods would transport people to their destination much like a Gondola, according to one company's proposal. 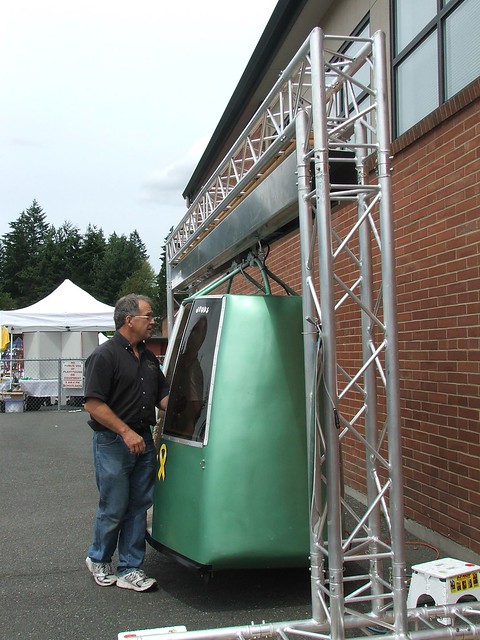 As Boston starts to think about revitalizing a neighborhood street in Dorchester, transportation advocates are pitching the idea of bringing solar-powered, personalized pods to the area to ship residents around, rather than relying on public transportation like MBTA buses.

“Ideally, I would like to see the [pods] replace the bus lines. They are the least effective, least loved part of the MBTA. [The pods] would deliver people to the trains and the ferries, so the MBTA could focus its service in the high capacity parts of the system,” said Judeth Van Hamm, president of South Shore Mobility.

On Thursday, Van Hamm and representatives from her organization will make their cases before Dorchester residents and Boston transportation officials, calling on them to install “Solar Personal Rapid Transit” pods—much like the ones used at London’s Heathrow Airport—as an alternative form of transportation. The pitch will take place during a community hearing in Mattapan, which will focus on efforts to revamp a section of Dorchester’s Columbia Point neighborhoods, specifically, Mt. Vernon Street.

Van Hamm said with future construction, redevelopments, and roadway repairs slated for the area, it would be a perfect time to pilot the solar pods, and to show the state the benefits they could bring to the Massachusetts transportation system and the environment. She said the idea is to have the rapid transit alternative installed along a mile-and-a-half strip of the area, and then “wherever you see a bus line, that becomes a solar personal transit line.”

Here is the pitch from South Shore Mobility:

South Shore Mobility has been actively engaged with a company called “JPods Solar Personal Rapid Transit,” during their effort to introduce the technology to both the South Shore, and now, Boston.

As shown in video demonstrations, JPods vehicles run along a metal strip, much like a Gondola, and provide personalized space for riders. The concept looks like something out of a Sci-Fi film, however, a company spokesman compared it to a “horizontal elevator.”

According to Van Hamm, a former member of the Boston Redevelopment Association, if installed, the solar-powered pods would cut greenhouse gas emissions, helping stabilize the impact of local climate change, and provide “superb transportation” while assisting the MBTA so they could make a profit and create a stronger transportation network. “The technology all exists,” said Van Hamm. “JPods would build the line, and get their own venture capital for it.”

Bill James, who runs management operations for JPods, said so far, there hasn’t been much of a market for the idea in the U.S., but other countries have embraced the concept. “We have a whole bunch of projects we have been asking to build, but getting the rights-of-way has been incredibly complex,” he said. If Boston were to latch on to the idea of the alternate, green-friendly network of pods, it would be the first city in the U.S. to do so.

Below is a video from the company, JPods, showing how some of their systems work: