A “Day Without Immigrants” Has Arrived in Boston

Immigrants here and around the country are refusing to work or spend money today. 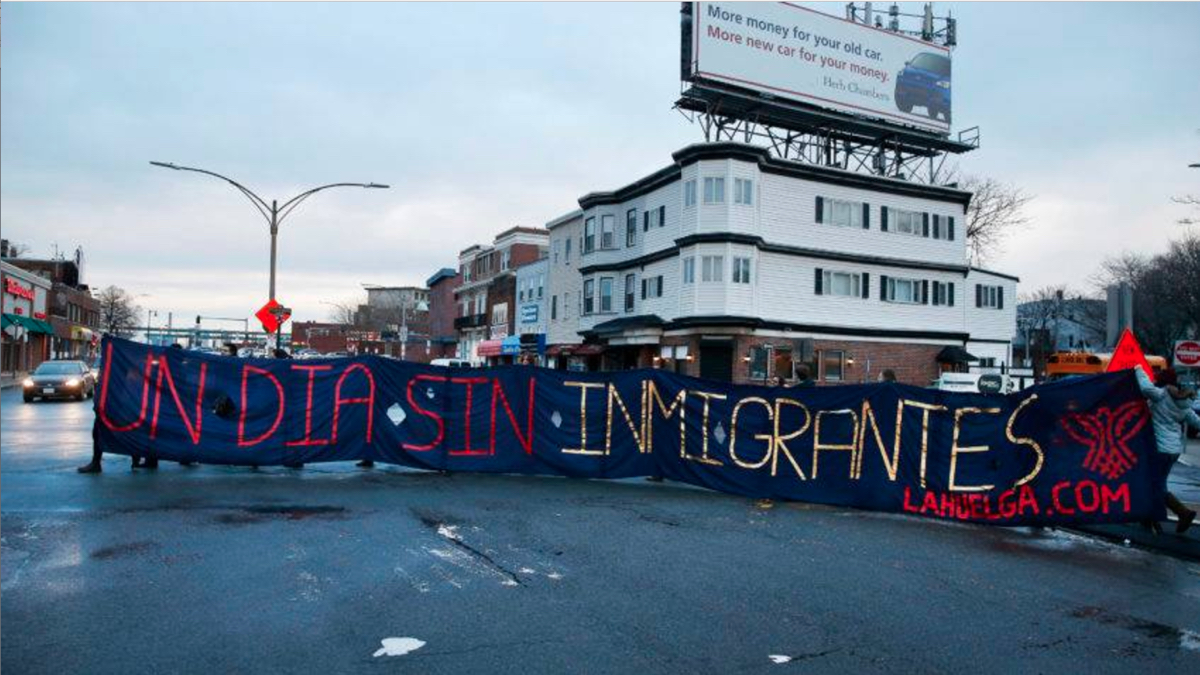 Photo of a demonstration last month via Facebook/Movimiento Cosecha

Boston immigrants are joining workers and students around the country in the “Day Without Immigrants” general strike Thursday, hoping to send a message to Washington about the role they play in their communities by refusing to go to work, run businesses, or spend money, and for some, attend school.

The protest is a response to the new administration’s focus on tighter borders and travel restrictions, like the controversial executive order—which, for now, has been halted in court—temporarily barring immigration from seven Muslim-majority countries and suspending our refugee program.  Trump and his supporters have said broad, extreme restrictions are necessary to prevent terrorism.

Restaurants around the city are preparing to work without much of their staff, and Eater Boston reports that at least 10 restaurants or restaurant chains have announced that they will be closed.

Other restaurants say that they will make other changes like offering reduced or altered menus. Others have pledged to pay workers who take the day off for the protest, and at least two have pledged to donate a portion of their proceeds today to charity.

Meanwhile, the Davis Museum at Wellesley College is recognizing the protest by covering up or removing artwork created or gifted by immigrants.

The argument they are making—that is, one that stresses the impact of migrants on quality of life and the economy—is the same one Gov. Charlie Baker sought to make in a recent letter to Washington.

As a prelude to the protest, demonstrators in East Boston last month unfurled a banner atop the Sumner Tunnel and chanted: “This country was built by us! This country depends on us!”

We apologize for any delay tomorrow. We are an immigrant company & support any employees participating in the strike #DayWithoutImmigrants pic.twitter.com/IxBcjhjwbT