Boston Is Not Having Trump’s New Transgender Student Policy

Leaders are speaking out, and a rally is planned for tonight. 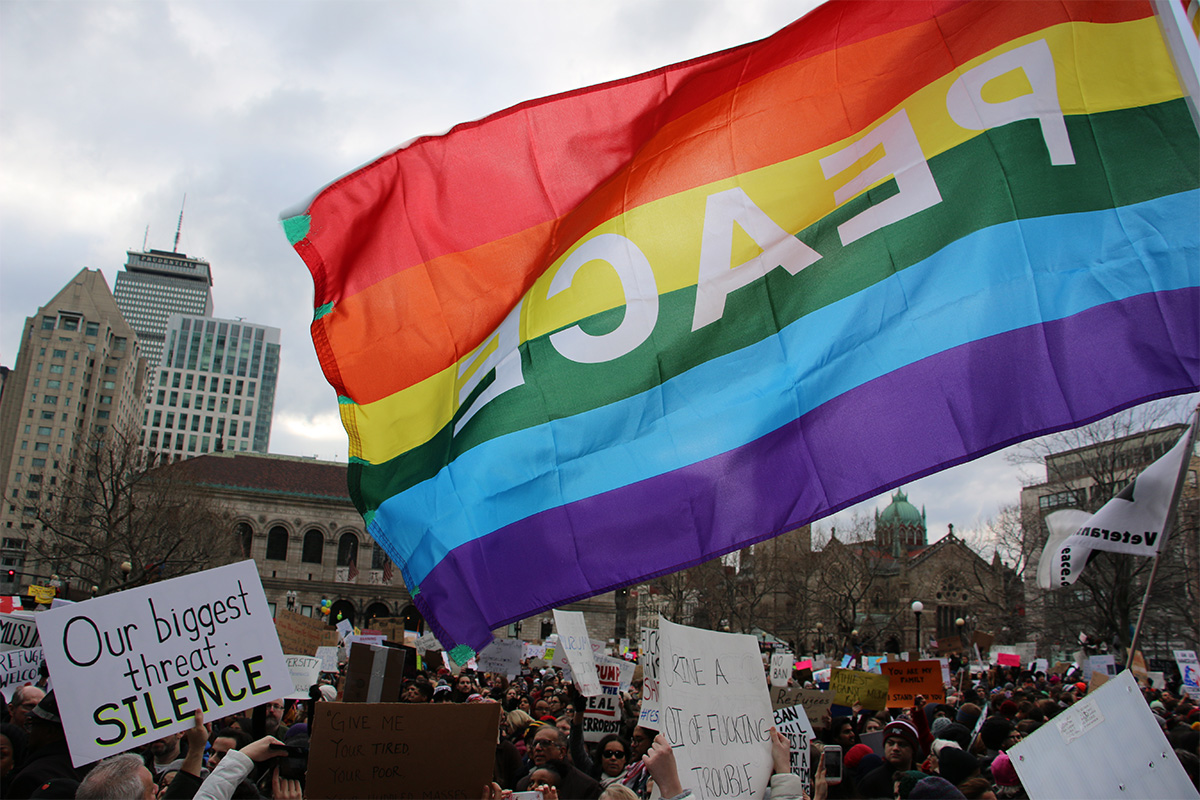 President Trump’s move to roll back protections for transgender students is not going over well in Boston.

The move seeks to undo an Obama administration directive from last year that instructed schools to let transgender students use the facilities of their choosing, which cited federal protections under Title IX that prohibit discrimination in schools. Schools that violate Title IX risk losing federal funding. The Trump administration yesterday rejected that policy as it relates to bathrooms and changing rooms, while at the same time stressing that schools should refer to students by the pronouns of their choosing and work to curb bullying and harassment.

Boston Mayor Marty Walsh said in a statement, which was also shared on Twitter, that the policy change is “reckless” and threatens to “undermine the promise of civil rights and equal protection for all in this country.”

The White House’s reckless actions last night undermine the promise of civil rights and equal protection for all in this country. (1/3)

Revoking the clarified protections for transgender students sends a message that they are not worthy of this promise. (2/3)

The @CityOfBoston will continue to step up & protect our students from discrimination & always be an inclusive city. (3/3)

Maura Healey, Massachusetts’ attorney general (and the country’s first openly gay AG), was also quick to condemn the move. “Every student deserves to be treated equally in our schools,” she said. “Trump is sending a message that discrimination is acceptable.”

Every student deserves to be treated equally in our schools. Trump is sending a message that discrimination is acceptable. #TitleIX

Massachusetts does not appear to be impacted by the policy change. Statewide protections for transgender people took a significant step forward last year when the Legislature overwhelmingly passed, and Gov. Charlie Baker signed, a law that banned discrimination in public places. The law makes clear that people are free to use the facilities that correspond with their gender identity, with exceptions for some religious groups. An effort to repeal the new law is underway, and voters could decide its fate in 2018. Before the law passed, Massachusetts schools had already embraced a non-discrimination policy on transgender students that dates back to 2011.

“The administration’s announcement has no impact on the Commonwealth’s laws protecting students from discrimination in schools, under which schools have been successfully balancing the needs of all students for years, ensuring that transgender students – who already face exponentially higher levels of bullying and harassment than their peers – can participate fully and succeed in school just like their non-transgender peers,” said Kasey Suffredini, co-chair of the Freedom Massachusetts campaign, which championed the state’s transgender rights bill. “As always, Massachusetts is and remains a beacon of liberty and fairness, a point of local pride that matters more now than ever.”

MA was the 1st state in the country to protect #transgender students—and we will always continue to lead: https://t.co/1QNmvQ7VW8 pic.twitter.com/ougWJjgD1C

Opponents of the policy shift on the national level plan to hold a rally tonight in Boston’s Post Office Square, outside the offices of the federal Department of Education. Organized by the Massachusetts Transgender Political Coalition, the demonstration is set to begin at 6 p.m.

Locally though, there is little disagreement among leaders about where Boston stands. Boston Public Schools Superintendent Tommy Chang made his opposition to Trump’s actions clear last night. “We do not and will never discriminate based on gender identity,” he tweeted, adding, “As clear as our youth are with their pronouns, let me be clear that withdrawal of federal guidance does not change [BPS] policies.”

We do not and will never discriminate based on gender identity. MA law is clear about this. Our policy is here: https://t.co/JAZjoY4cj8

As clear as our youth are with their pronouns, let me be clear that withdrawal of federal guidance does not change @BostonSchools policies.