Mookie Betts urged fans to stand up for the all-star outfielder. 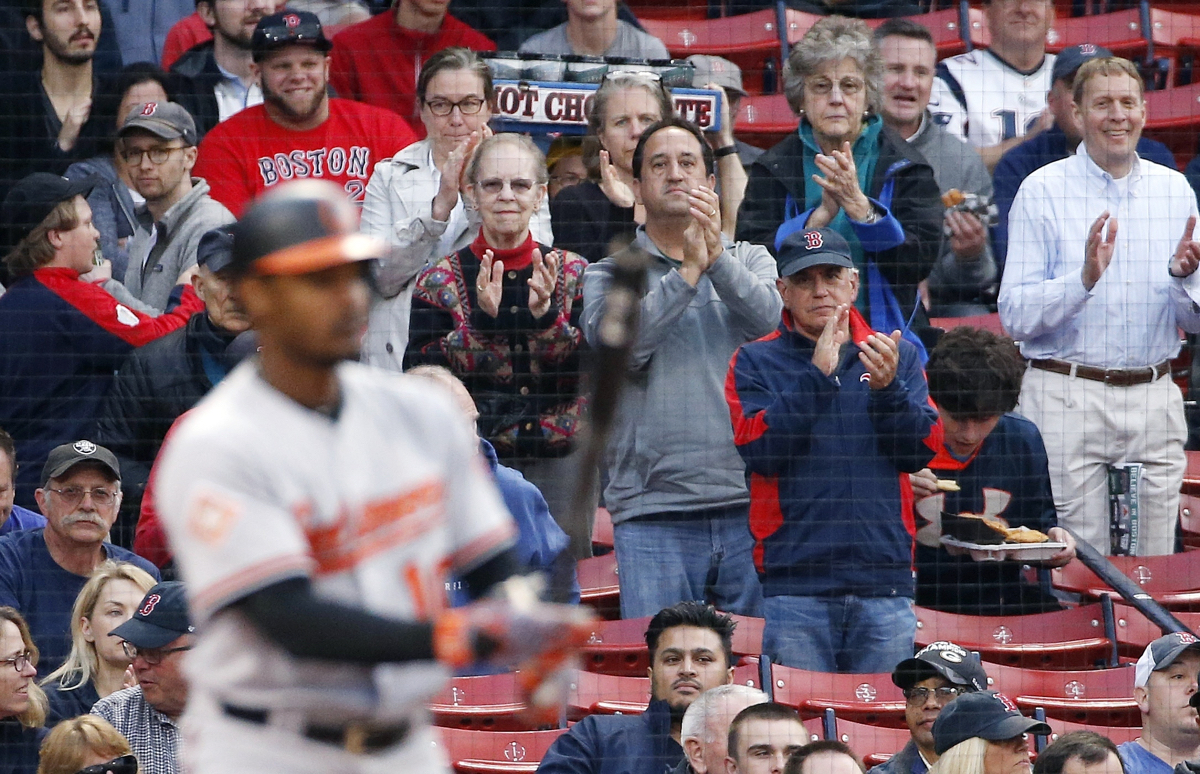 A day after Adam Jones says he was taunted with racial slurs at Fenway Park, Red Sox fans gave the Orioles outfielder a standing ovation.

The gesture came in the first inning of Tuesday night’s game, during Jones’ first at-bat.

Adam Jones was given a standing ovation before his first at bat on Tuesday at Fenway. pic.twitter.com/LsGr71JzYz

For what it’s worth, big ovation for Adam Jones at Fenway pic.twitter.com/u1xgRMuwfg

Prior to the game, Sox outfielder Mookie Betts implored fans on Twitter to stand up for Jones.

Fact: I’m Black too Literally stand up for @SimplyAJ10 tonight and say no to racism. We as @RedSox and @MLB fans are better than this.

The goodwill between to two ball clubs didn’t last long, however. Sox ace Chris Sale threw behind Manny Machado—who took out Dustin Pedroia in a slide earlier in the homestand—prompting a profanity-laced tirade postgame.

“I lost my respect for the entire organization and Boston and how they are handling the whole situation,” Machado said later. “If they want to hit me, hit me, go ahead. Get it over with, don’t keep lingering it around. I’ve lost mad respect for that team and organization. They are probably going to try to hit me again [tomorrow]. I’m just going to have to wear it and see what happens—if I have to take care of business on my own then I’m going have to do something.”