The former president spoke about drawing inspiration from the Kennedy family and urged Congress to do the right thing.

Former president Barack Obama targeted Congress in a speech at Boston’s JFK Library Sunday, where he accepted the Profile in Courage award the year of Kennedy’s centennial.

Obama took aim at partisanship and misplaced priorities in Congress, framing votes in favor of his Obamacare plan in 2010, which were challenging politically at the time, as “the right thing,” and urging Washington not to leave the powerless behind.

“I hope that current members of Congress recall that it actually doesn’t take a lot of courage to aid those who are already powerful, already comfortable, already influential,” he said, “but it does require some courage to champion the vulnerable and the sick and the infirm—those who often have no access to the corridors of power.”

As the debate rages over a replacement for his signature Obamacare health law, he added that “courage does not always mean doing what is politically expedient, but what they believe deep in their hearts is right.”

He did not mention his successor in his speech. But he made what was widely interpreted as references to the direction Donald Trump’s administration has promised supporters. The speech included calls to reject “anger at those who don’t look like us, or have the same surname, or pray the way we do” and to eschew “hate” and “dogma.”

You can watch the whole speech in the archived livestream above. It begins with a performance from singer James Taylor, followed by introductions from Caroline Kennedy, JFK’s daughter (25:30), and her 24-year-old son Jack Schlossberg, who is a member of the Profile in Courage selection committee (32:00). Obama’s speech begins at about the 38-minute mark.

Here’s a transcript of the speech. 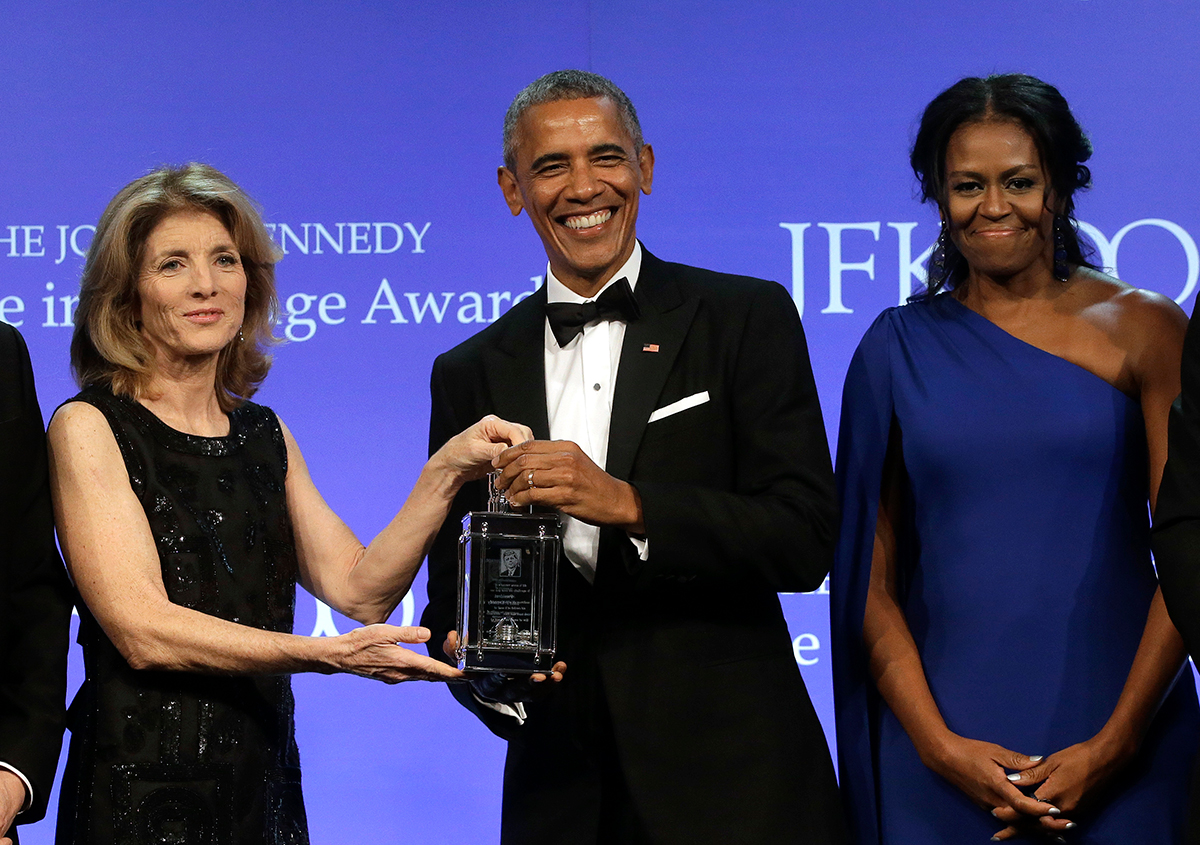