Experts Are Throwing Cold Water on Talk of a Shark “Boom”

There isn't a spike in great whites near the Cape, they say. 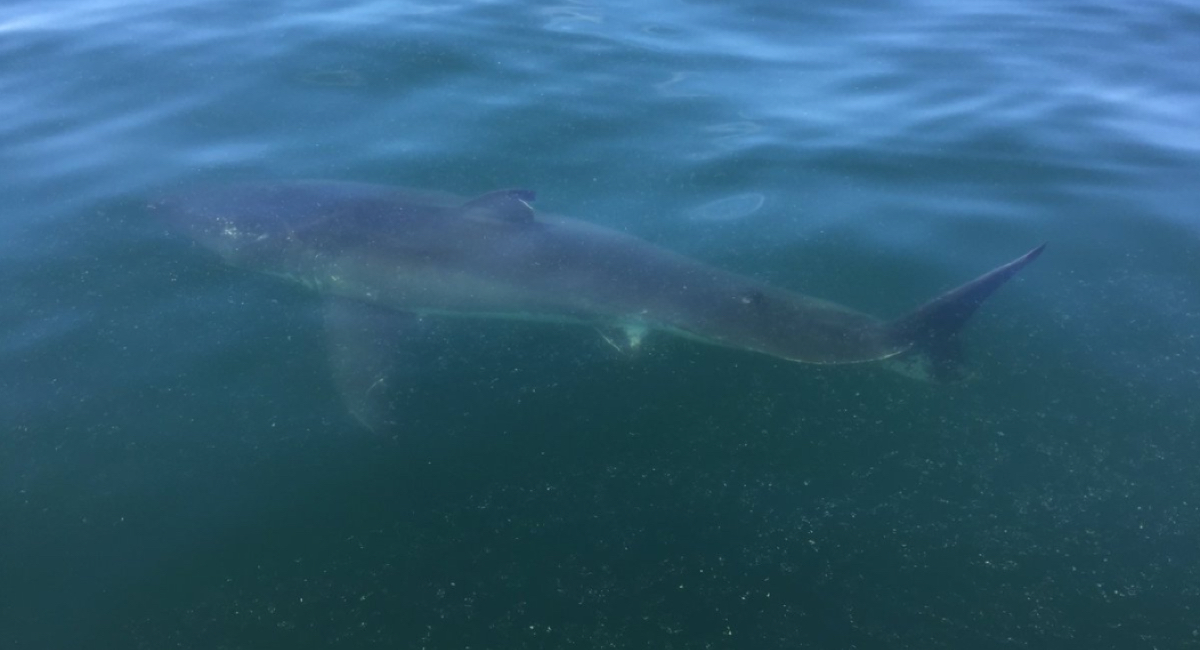 Even though there are more summertime reports of great whites off Cape Cod than usual lately, that’s not because there is a “boom” in the shark population. That’s according to researchers who are coming forward to say that talk of a concerning spike in offshore predators is misguided and just plain wrong.

“Recent reports by several media outlets that Cape Cod will experience a ‘boom’ in white sharks this summer are unfounded,” the Massachusetts Division of Marine Fisheries wrote in a statement on Facebook. “The number of individual white sharks identified has increased since 2014. However, it is important to remember that these numbers do not represent the total population size and also reflect the survey effort in each year.”

The reaction comes after an article appeared on the website for Good Morning America, following an interview with Massachusetts shark biologist Greg Skomal, with the headline “Growing concerns over great white shark boom off Cape Cod.”

But Skomal, who along with the Atlantic White Shark Conservancy is in the midst of a five-year study of the shark population off the Cape, wanted to set the record straight. “We have no reason to believe that the population will increase dramatically in 2017,” the statement reads.

Beachgoers are always cautioned to be aware of their surroundings and to heed warnings about shark activity nearby. There are now more ways than ever to do just that, including an app for your phone where shark sightings are reported and shark movement is tracked. But it bears repeating that shark-on-human violence is exceedingly rare. And as state biologists has reiterated, it’s not any more likely to happen this year than last.

The media has long been fascinated with sharks, for a long time portraying them as oceanic menaces. Increasingly, researchers and activists for marine life have tried to steer people away from fearing the creatures and overhyping their danger, and instead get audiences to appreciate their place in the ecosystem and the need to respect and protect them. For example photographer Brian Skerry, who has taken pictures of sharks for decades, has used his photos as a way to promote ocean preservation.

Meanwhile, the research continues. Skomal and his crew have kicked off the summer great white-tracking season, tagging their first one—a 13-footer—on Monday.