Obama's inner circle is reportedly cheering him on. 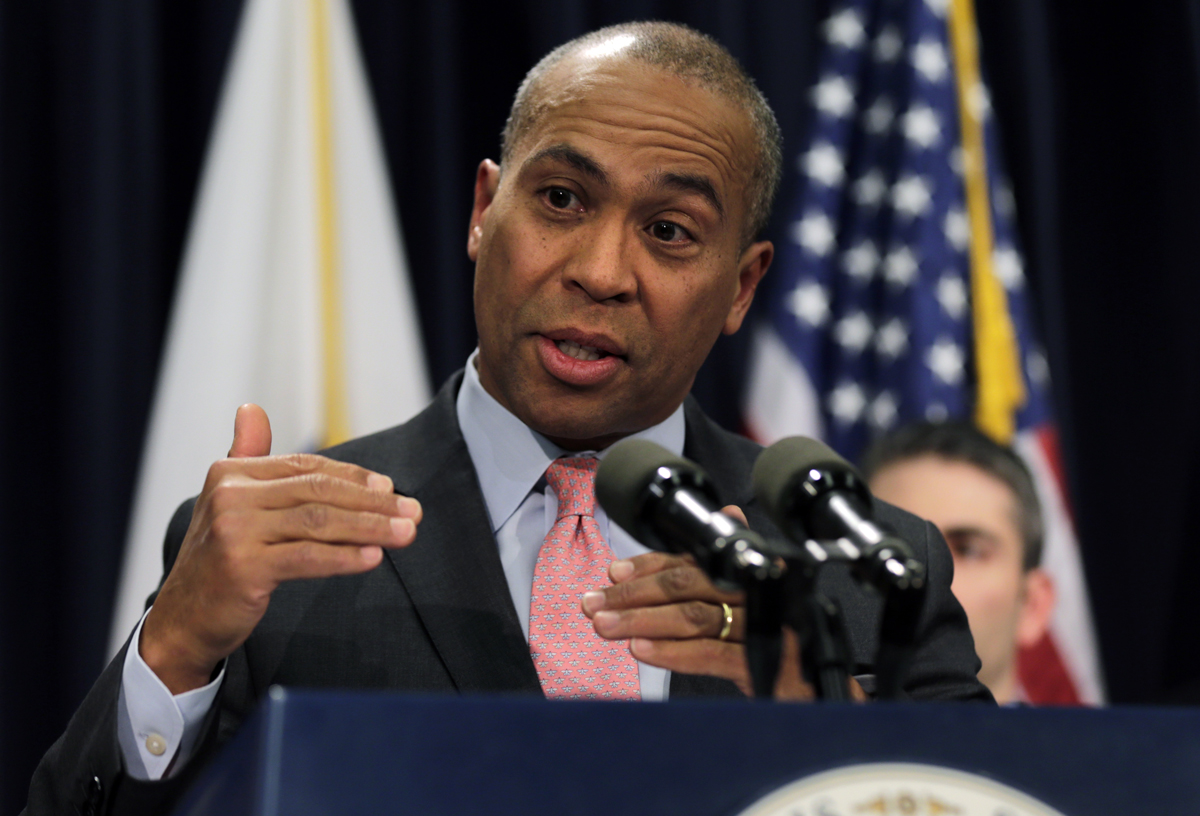 Looks like we now know who Team Obama’s favorite is for President in 2020. It’s Deval Patrick. At least that’s the word in Washington this week, as the former governor is being encouraged by multiple Obama advisors and friends to consider a run, according to Politico. Obama himself has reportedly asked him to think about it.

Patrick has not indicated that he will be running, but he hasn’t denied it outright. “I’m trying to think about how to be helpful, because I care about the country, and I’m a patriot first,” he tells Politico. “It’s way, way too soon to be making plans for 2020.”

Valerie Jarrett, a top Obama’s advisor and Patrick supporter who has been rooting for him publicly since May, tells the magazine he “has the ability to touch people’s hearts as well as their minds,” adding, “I think our country is ready for that now—let alone in three years.” Obama foundation CEO David Simas has also expressed hope for Patrick’s 2020 run, as has Obama strategist David Axelrod, who believes Patrick would do well in swing states like New Hampshire, Iowa, and South Carolina.

This certainly isn’t the first time Obama and his inner circle have expressed that they would like to see Patrick in the White House. The two have long been friends, and Obama once supported his becoming Joe Biden’s running mate.

While Patrick is careful not to reveal any plans he might have for 2020, he’s pretty vocal about his thoughts on Trump’s presidency. In January, he penned an impassioned letter urging Senators not to confirm the nomination of now-Attorney General Jeff Sessions. He’s also been heard urging voters on more than one occasion to “stay woke” in light of the results of the election. “I think if we stay vigilant, or as the kids say ‘stay woke,’” he said in May, “and stay engaged and start to turn our frustration with this outcome toward a more positive agenda about what it is we want, then we’ll be more than fine, we’ll start to rebuild our democracy.”