Massachusetts’ Only Confederate Monument Has Been Boarded Up

State officials are weighing options for removing it. 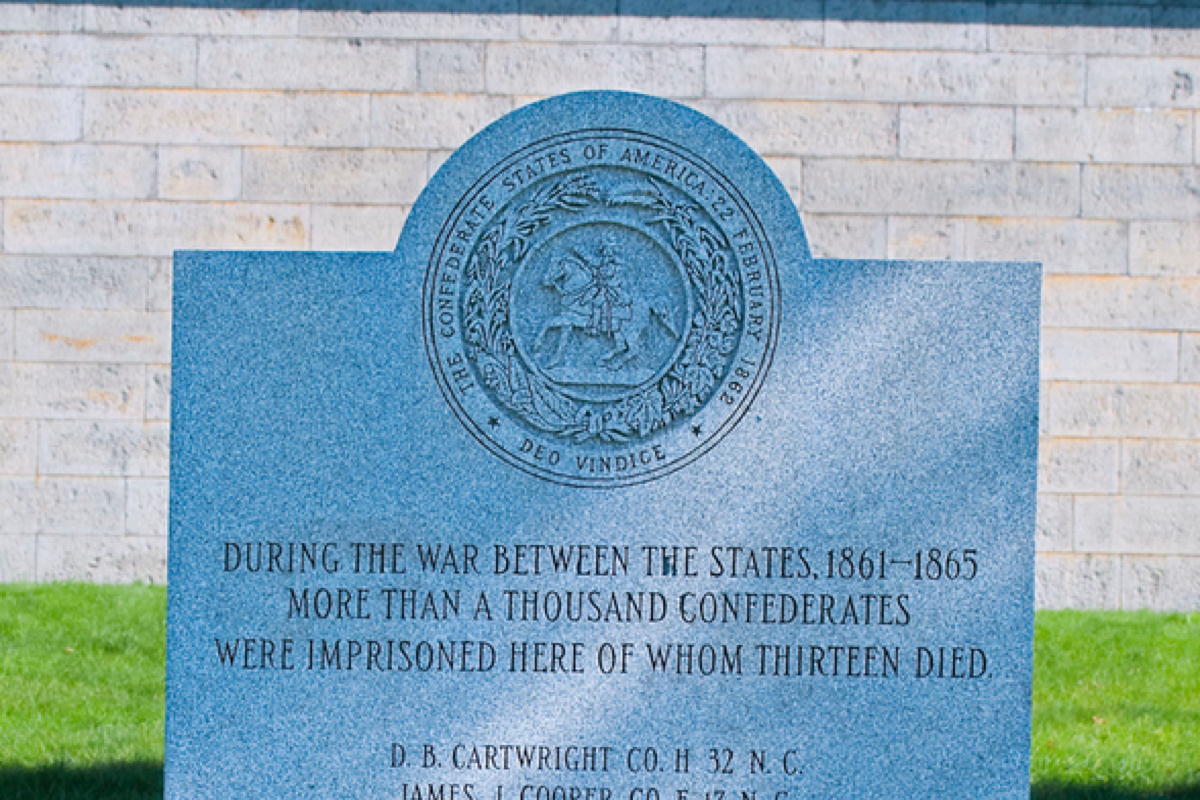 After a weekend of violence that began with a white supremacist protest against the removal of a Confederate statue in Virginia, and as odes to the secessionist leaders come toppling down in cities throughout the South, Massachusetts’ only such monument remains covered with wooden boards.

MA has one Confederate memorial. It’s boarded up in Boston, but maybe not for long. We’ll explain at 6:00 on @nbcboston. pic.twitter.com/DMPe4TfknA

The memorial, which can be found outside Fort Warren on George’s Island, was boarded up on Friday, June 16, after questions were raised about it and Gov. Charlie Baker’s office expressed it would support its removal.

Looking unassuming enough at a historic site in Boston Harbor, the marking dedicated to the memory of Confederate soldiers who were held prisoner and died there during the Civil War. “During the War between the States, 1861-1865,” it reads, “more than a thousand confederates were imprisoned here of whom thirteen died.” It was commissioned in 1963 by the local United Daughters of the Confederacy, a now-defunct group that promoted the idea that the war was not between a pro-slavery South and anti-slavery North, but rather a battle for states’ rights and Confederate culture led by honorable men—a set of beliefs known as the mythology of the “Lost Cause.”

When asked about the marking earlier this year, Baker’s office made its stance pretty clear: it should go.

“Gov. Baker believes we should refrain from the display of symbols, especially in our public parks, that do not support liberty and equality for the people of Massachusetts,” spokesperson Lizzy Guyton said in a statement. “Since this monument is located on a National Historic Landmark, the governor supports [the state Department of Conservation and Recreation] working with the Massachusetts Historical Commission to explore relocation options.”

The DCR says it is not aware of any other Confederate monuments in its parks.

But because Fort Warren is a National Historic Monument overseen by the National Park Service, the state can’t just up and remove it. The state Department of Conservation and Recreation has reportedly asked for guidance on next steps, so stay tuned. For now, it sits in Boston Harbor, out of sight.