Members of the KKK who live in Springfield may attend, but without their distinctive robes. 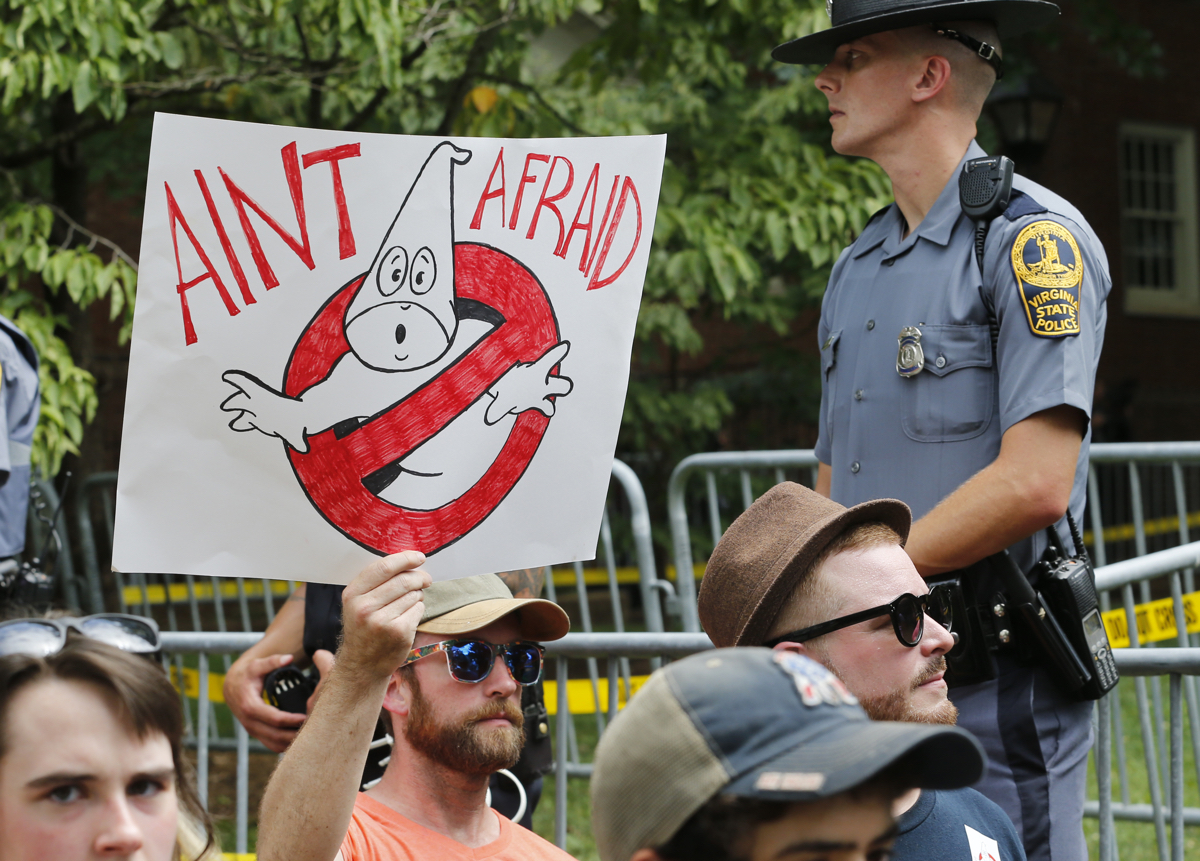 Protesters carry signs as they demonstrate against a KKK rally in Justice Park Saturday, July 8, 2017, in Charlottesville, Va. Photo via AP

Offering no evidence or specific details, the KKK is claiming it will have a presence at Saturday’s “Free Speech Rally” on Boston Common.

“I know some of our members from the Springfield area are going,” Thomas Robb, national director of the Knights of the Ku Klux Klan, tells the Boston Herald. “I’m assuming members in the Boston area are going.”

Robb did not say how many would be there, and says members would not “stand out” by giving Nazi salutes or dressing in robes. In other words, maybe they’ll actually be there, and maybe they won’t. Either way, he says, you won’t know.

The group is the same one whose newspapers were found distributed around the Milford area last year. A KKK organizer who spoke with the Milford Daily News after the incident last year couldn’t confirm any hard numbers on members in the region.

But there were certainly lots of self-declared white supremacists at the rally in Charlottesville, where protesters carried Nazi flags or the emblems of hate groups like American Vanguard, which counted among its supporters James Alex Fields, the driver who allegedly plowed into protesters at the rally, killing one and injuring many more. So there has been concern about what kinds of far-right groups might show up at the event on Saturday.

John Medlar, the 23-year-old spokesman for the Boston Free Speech Coalition, which is organizing the rally on the Common, says his group sees itself as a platform for extreme ideas, but does not align itself with neo-Nazis or the KKK. He has said he worries that established hate groups will try to “hijack” the event.

Protesters opposed to the views espoused by speakers planned for the rally are expected to march to the Common, possibly by the tens of thousands. Here’s a guide to what you should expect.