Marconi Beach in Wellfleet is closed after a run-in with a shark. 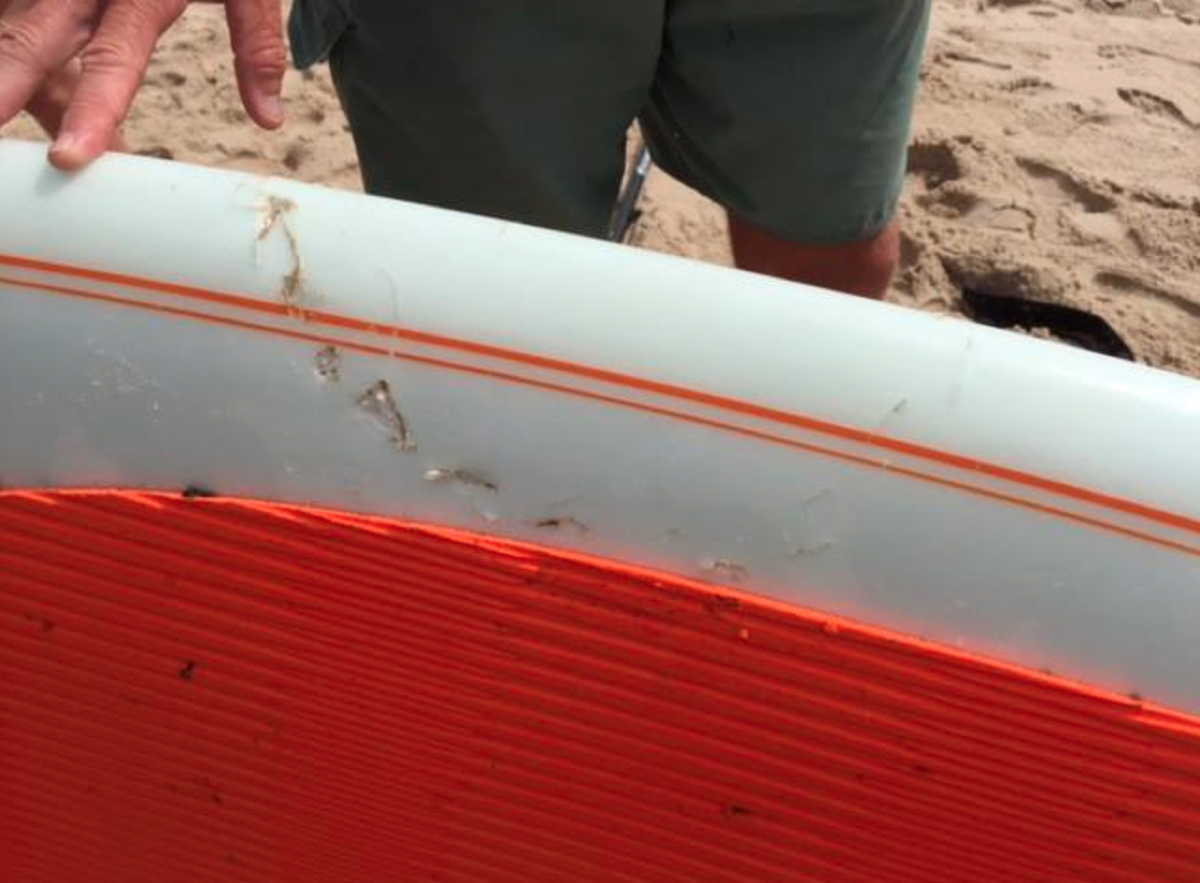 Looks like one Wellfleet beachgoer is taking home the ultimate Cape Cod souvenir today after a run-in with a shark at Marconi Beach left bite marks in his paddleboard.

The Cape Cod National Seashore, which shared a stunning photo of the bitten board, reports that a shark approached a 69-year-old paddler about 30 yards off-shore this morning in about 3 feet of water during high tide. He was not injured.

The beach has since been closed to swimming.

The run-in comes after a spate of beach closures due to shark sightings, including at Nauset Beach, where a great white was seen on video attacking a seal not far from the shore and near some surfers.

The Atlantic White Shark Conservancy’s Sharktivity app has logged at least 11 shark sightings off the Cape since Monday.