A Century-Old Red Sox vs. All Stars Game Ball Is up for Auction

It was thrown around by Babe Ruth, Walter Johnson, and Shoeless Joe Jackson at Fenway Park. 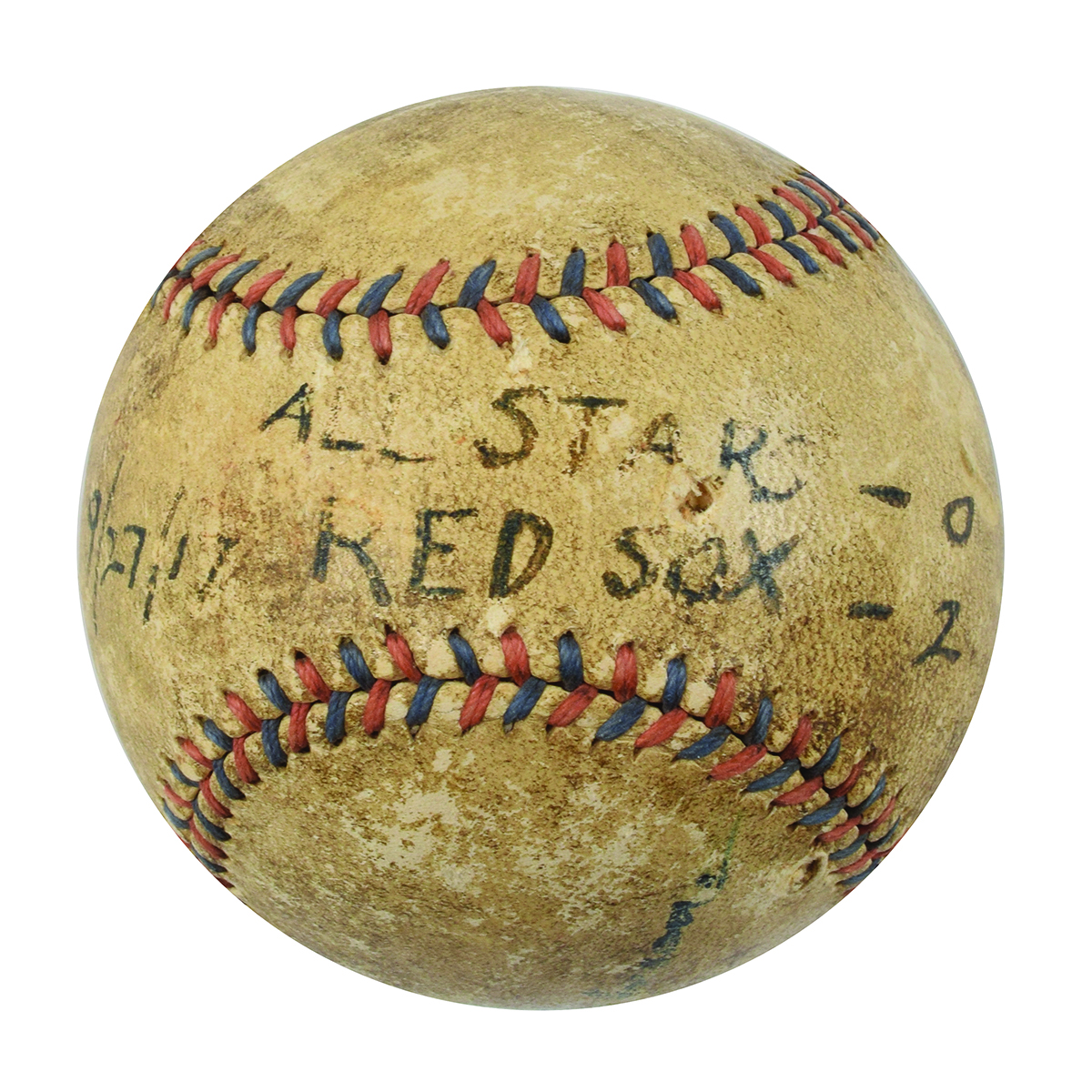 A 100-year-old baseball played with by Babe Ruth and other Red Sox icons is being auctioned off this month. The ball was used in the September 17, 1917 Red Sox vs. All Stars game at Fenway Park, which featured players like Ty Cobb, Walter Johnson, and Shoeless Joe Jackson.

The game was a fundraiser for the family of notable Globe sportswriter Tim Murnane, who had passed away suddenly in February of that year. Murnane was a former baseball player himself and a beloved voice in the sportswriting industry. The fundraiser for his family was organized by late Red Sox owner John I. Taylor in conjunction with the American League and the Baseball Writers’ Association of America. Star players from around the country played at Fenway that day, some even voluntarily missing their own regularly scheduled season games to play in the Boston event.

A skills competition preceded the game, with Joe Jackson winning the long-distance throw, Ray Chapman leading the foot race around the diamond, and Babe Ruth achieving top prize in a long-distance batting competition. Other stars aided in the event, including actress Fanny Brice, who sold programs to attendees, and actor Will Rogers, who performed rope tricks on the field. Boxing champion John L. Sullivan coached third base for the Red Sox.

Strong talent on each team left the game tied until the eighth inning, when, to the disappointment of All Star pitcher Walter Johnson, the Red Sox mustered up a two-run lead on a triple by Duffy Lewis. Finally, at the end of the ninth, the Red Sox were victorious with a narrow score of 2—0.

With roughly 17,000 people in attendance, the fundraiser collected almost $15,000 for the Murnane family, aiding with funeral costs and the purchase of a permanent grave marker at the Old Calvary Cemetery in Boston. Not only was it a charitable exposition of Boston’s kindness, but the game helped to establish the modern tradition of an All Star Game.

Unlike in modern-day games, where baseballs are replaced regularly, this historic baseball was played throughout the game. (In the early 1900s, baseballs were expensive, so fans threw foul balls back into the field for reuse.)

The baseball for auction is an official horsehide American League baseball manufactured by Reach, with 116 red-and-blue stitches and most stampings still visible. Commemorating the history of the game, black ink from the day reads “9/27/17, All Stars—0, Red Sox—2.” Heavy wear on the ball reminds one of the long-ago game it played, and a small puncture rests near the inscription (most likely from the original owner’s method of display). The ball comes with a letter of authenticity from Mears.

Bidding on the item through RR Auction will conclude October 10. 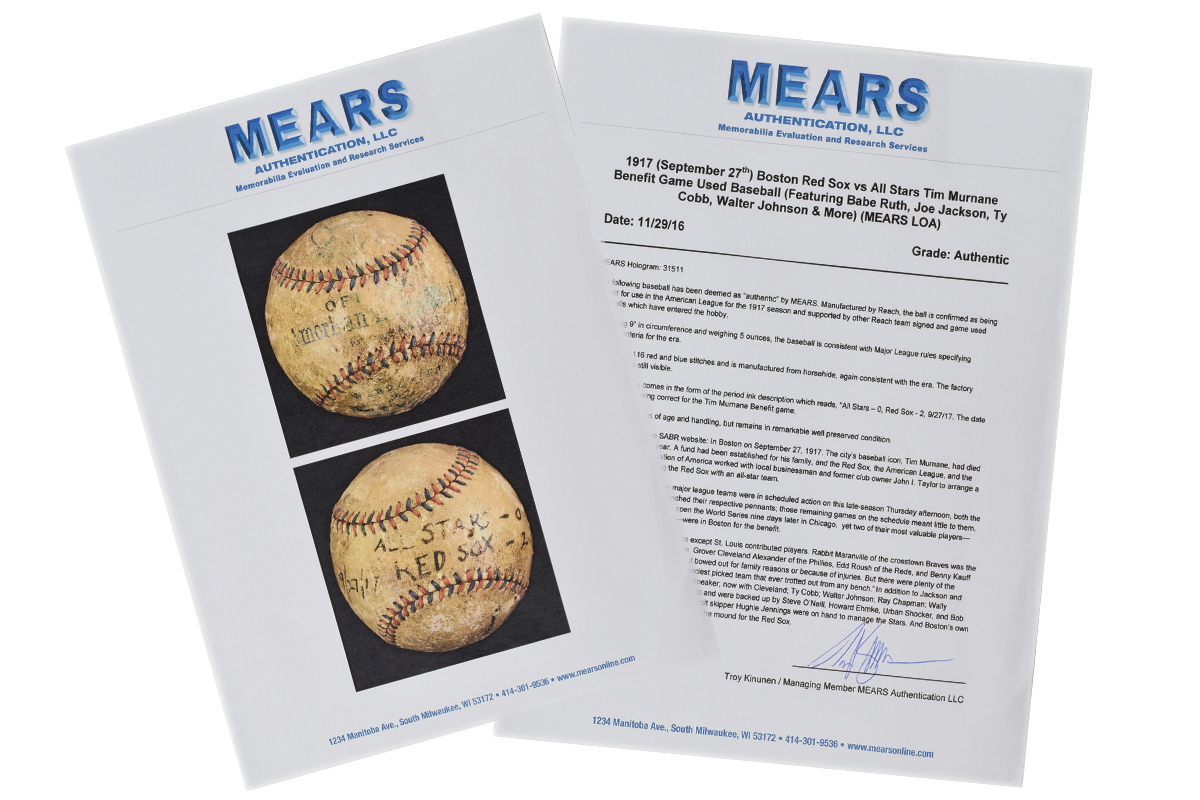