Then relatively small Mallards have played an outsized role in Boston culture and around the world. 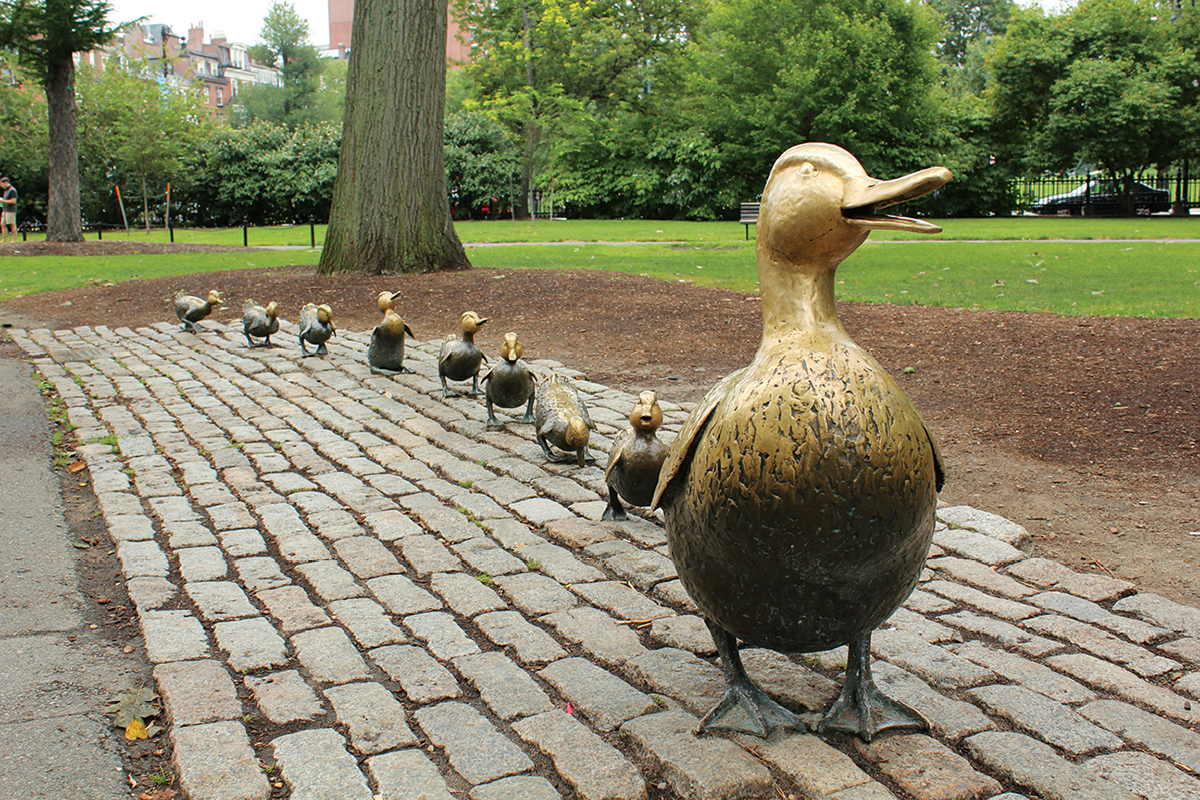 Boston’s iconic Make Way For Ducklings Statues, some of the best-known pieces of public art in the city and a defining landmark of the Boston Public Garden, just turned 30.

A celebration of the milestone was held this weekend and attended by artist Nancy Schön, who sculpted the statues that were installed October 4, 1987. “I never thought it would be what it is,” Schön tells WBZ. “It’s just amazing and wonderful and I hope that I’ve given a lot of pleasure to a lot of the children and I think I have.”

The sculptures, inspired by Robert McCloskey’s 1941 book, depict a mother duck (Mrs. Mallard) trailed by eight of her ducklings (Jack, Kack, Lack, Mack, Nack, Ouack, Pack and Quack). They are visited and sat on so often by children that they reportedly don’t need to be polished.

Though they are small, relatively speaking, in a city known for its grand monuments and historic buildings, the ducklings occupy an outsized place in Boston culture and are renowned around the world. When local professional sports teams go to the post-season, it’s become common to see them decked out in Patriots or Sox gear (once, for a celebration of the Pats’ charismatic tight end, they were dubbed the “Gronklings“). The statues made national news when, ahead of the Boston Women’s March for America, someone covered each of their heads with the pink, cat-eared “pussyhats” that were a major symbol of that protest. And they even played a role in Cold War diplomacy, when a Ducklings replica was gifted to the Soviets in 1991 “in love and friendship to the children of the Soviet Union on behalf of the children of the United States.” It’s still on display in Moscow, where the story is printed on a plaque in both English and Russian.

So celebrated are the bronze mallards that the MFA devoted an exhibit to them and to the book that inspired them for more than six months in 2016 and 2017. McCloskey’s story, which is the official children’s book of Massachusetts, turned 75 last year.

So here’s to the ducklings, the adorable landmarks that have made quite a splash in their short time sharing the park with us.