Hundreds walked out of class to condemn injustice on campus. 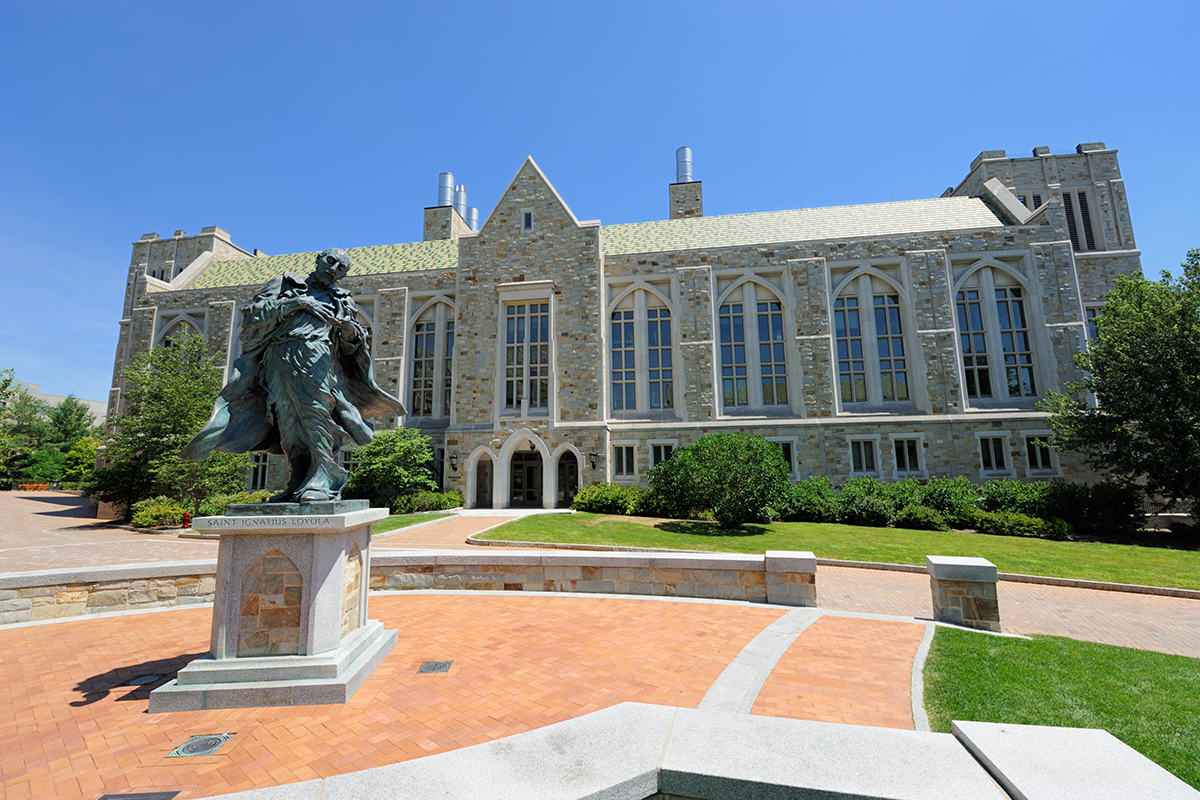 Following a pair of racist incidents on campus, hundreds of Boston College students walked out of class Wednesday in protest.

For roughly 20 minutes, students congregated in front of Lyons Hall to condemn the injustice at BC and urge the administration to make the school more diverse. The protest came after someone defaced two Black Lives Matter posters n a dorm and a racist social media post circulated on campus over the weekend.

According to the student newspaper the Heights, Eradicate Boston College Racism organized the rally, and speakers shared their experiences with discrimination and led chants in support of Black Lives Matter. BC senior George Boateng criticized the administration for having “failed not only its black students, but its LGBT students, and white students,” the Heights reported.

In a statement released Monday, campus officials denounced “all acts of hate” and pledged to hold accountable those who violate conduct standards on campus. The rally remained peaceful, according to the Boston Globe, and attendees were optimistic about the turnout and support on display. Aicha Haidara, a senior who attended the rally, told the Globe that “being a person of color at this school is extremely hard,” but said she was buoyed by the unity shown at Wednesday’s gathering.

The protest followed a Monday evening rally when around 200 students came together to express similar grievances, according to the Heights. On Friday, students plan to present their demands to the administration following another planned protest.