The Boston-based heist was the largest cash burglary in American history. 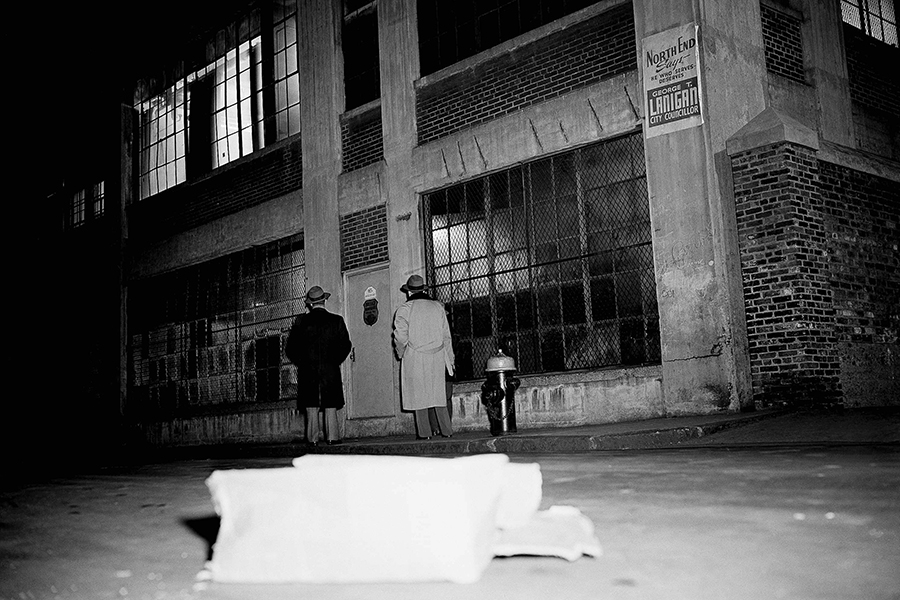 It was the perfect crime—right up until they got caught.

On January 17, 1950, a group of nine armed men walked into the Brink’s armored car depot in Boston and walked out with more than $2.7 million. The robbers were the Rockettes of crime, operating with astonishing precision and with an acute attention to detail. Having cased the depot and rehearsed the heist for months in advance, the criminals’ execution “showed an intimate knowledge of the building’s layout,” the Boston Globe wrote at the time.  They dressed in peacoats, gloves, and Halloween masks to carefully conceal their identities as they stuffed canvas bags with half a ton of money orders, cash, and checks. They left within 30 minutes and without a trace.

At the time, it was the largest cash robbery in American history, and the North End caper stunned the Hub. According to a Globe, every single captain and detective in the Boston police force, plus two FBI agents, was immediately called on duty after the robbery report came in. The case would remain open for nearly six years.

Despite the criminals’ preparedness, investigators uncovered several pieces of evidence from the crime scene, including a hat and the rope used to restrain employees. The FBI would follow thousands anonymous tips from around the country as they worked to solve the case, and Massachusetts crime networks lit up as rumors spread and the investigators began sniffing around.

Less than two months after the heist, pieces of a truck matching the description of a vehicle parked near the scene of the crime were found in Stoughton. The 1949 Ford appeared to have been broken down with a torch and a sledge hammer and hidden in fiber bags. The vehicle would prove to be useful, as it pointed the authorities toward two of the culprits who lived in Stoughton.

After following a litany of dead ends, investigators ultimately identified the 11 men (nine thieves and two accomplices) who executed the crime. They were charged on January 11, 1956—just days before the statute of limitations on the robbery was set to expire. A hefty chunk of what was stolen from Brink’s was eventually recovered, but more than $1.1 million remained unaccounted for. And in addition to their personal wealth, the thieves captured the title of “the crime of the century.”