Prison Visiting Policies Are About to Change in Massachusetts

As the Massachusetts Department of Correction (DOC) rolls out revisions to state prison visiting procedures, former prisoners and families of incarcerated loved ones are fighting back. 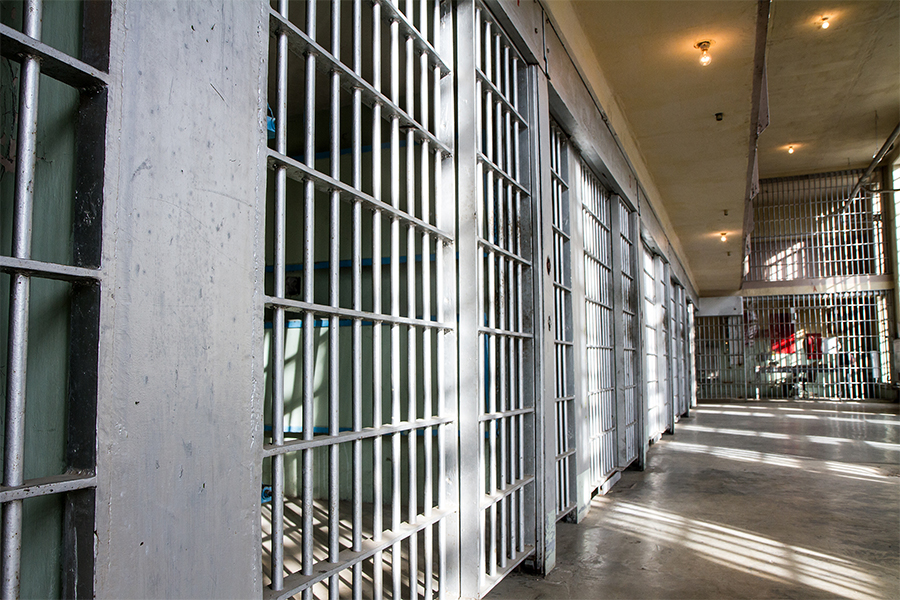 Ask anyone who was formerly incarcerated and odds are, they’ll tell you the same thing: The most important key for successful re-entry into life outside prison are relationships with family and friends. And those relationships are deepened and sustained in prison visiting rooms.

In study after study, research shows that in-person visitation significantly reduces recidivism, or the return rate to prison. Visitation also appears to show a positive impact on prisoner behavior and prison safety. So why is the Massachusetts Department of Corrections trying to make it harder for prisoners to see their loved ones?

On March 9th, the DOC will change a long-held policy that allows most adults to visit any state prisoner as long as they pass a background check done at the time of the visit, the exception being anyone whom the DOC deems “injurious to the best interests of the institution.”

But the new procedures will make the process a lot more complicated. Pre-approval from the DOC is now required for visitors, and there’s a limit on the number of people who can be placed on that pre-approved list for each prisoner. While previously there was no limit on the number of visitors, now those housed in maximum security will be allowed a max of five visitors on their list; for those in medium security, the number is eight. Those held in minimum security or classified as “pre-release” will be allowed ten visitors.

The DOC is saying it will make some exceptions if a family is quite large (a formal process requiring approval from the prison Superintendent) but prisoners will only be able to update their visitor lists twice a year. Mass DOC Commissioner Thomas Turco’s memo announcing the rollout clarified that visiting is a “privilege,” not a right, and that these changes are to “insure the safety of all public, staff, visitors, and inmates,” in that order.

New amendments to the state regulation were announced and protested by many inside prison and out, with advocates speaking out at a September 2016 public hearing. In spite of their protests, a 90-day rollout began in December, 2017, with a final implementation planned for the 9th.

These changes may not seem like major issues, but the burdens are already heavy on incarcerated persons’ loved ones.

As Karter Reed, who spent twenty years behind bars, nineteen of them in state prisons, explained at the September hearing, “It is already a hardship for friends and families to visit people in prison.” Fifty-two percent of prisoners in Massachusetts, per the DOC, hail from ten different cities or towns (Boston has 19 percent) and by and large, visitors drive many miles to institutions in rural areas that are not near their homes.

Reed’s father also served time, and at the September hearing, Reed said that when he was a youth, his aunt drove eighty miles so he could see his father in Concord MCI. Twice, he couldn’t get into the medium security prison and had to wait in the car. One time he was wearing the wrong outfit. Once, they didn’t have the minor consent form on file.

In addition, as the non-profit Prison Policy Initiative (PPI) reports, the further away from home a person is incarcerated, the fewer visits that prisoner receives. Plus, the report points out that the DOC already has the authority to not allow specific visitors due to their behavior or criminal record.

Christopher M. Fallon, Assistant Deputy Commissioner of Communications at the DOC, said the Department did research to assess the yearly average number of visitors per prisoner, and found it was only three people. With the new policy, Fallon says, “The majority of prisoners will see no reduction of visitors. And things will go more smoothly.”

Mary disagrees. Her husband, who is incarcerated in Massachusetts, is from another country, so most of his very large family lives outside the U.S. “As it stands now, anyone can go visit the person. People come up unexpectedly; there’s a death in the family; it’s summertime, etc,” she says. But with new background check rules, those rare opportunities to see her husband will become more difficult.

“If this policy comes to pass, we will still have to be checked every time we visit,” she says. Karter Reed, in his testimony at the September hearing, said that during his incarceration, he had more than seventy visitors, and “they all came on their schedule, not on mine.” According to Bernadette Rabuy and Daniel Kopf at PPI, “Families are often the main source of hope for people during their incarceration and the main source of support upon release.”

As to why the new policy doesn’t allow for updating the visitor lists more than twice a year, Fallon says that with over 9,000 prisoners and at least 27,000 visitors, it would be “too much work.” But attorney James Pingeon, Litigation Director at PLS, thinks that possible problem is worth facing, saying, “Given how important visitation is to rehabilitation, any increase in workload is well worth it.”

One of the most disputed parts of this policy is the claim that it will reduce drug smuggling into the prison. Fallon said that they have had “significant problems with contraband. K2 and Suboxone are brought in on Listerine breath strips… The inmates were paying people to bring in drugs, muling in the drugs.” He added, “No one will risk having their family members bring in the drugs.”

But Massachusetts prisoners are currently strip searched after every visit, in large part to search for contraband. Dogs have also sniffed visitors randomly at state prisons to find drugs since 2013, a practice litigated by the ACLU of Massachusetts and PLS that ended up at the Supreme Judicial Court in December of 2017, according to WBUR. And Pingeon thinks the new policy skirts similar legal boundaries, saying, “PLS is concerned about whether the new visiting policies comport with the law because they seem to be an exaggerated and unreasonable response to the problem of smuggling drugs into the prison.”

Fallon called the new visiting procedures a “reentry initiative,” meaning that he thinks it will motivate prisoners to return to society. He said that for prisoners, “The more you comply with the prison system, the more visitors you can have,” referencing the increase in visitors from five to eight to ten in conjunction with the security level of the prison.

But a petition circulating on change.org (with more than 2,000 signatures) aims to halt the policy. It states, in part: “Stop these Contact Visit Restrictions and pressure the Massachusetts Department of Correction (DOC) to roll it back. We refuse to allow them to cut this vital communication and lifeline for prisoners, loved ones, and communities!”

From the words of a Massachusetts prisoner at the top of the petition: “I have been blessed to have the spiritual, physical and emotional support of my family and friends… This list is telling me to select eight family and friend members that I love more than the others. That is one thing I refuse to do.”