The former Massachusetts governor told Kansas-based KCUR that a bid for the White House is "on [his] radar screen." 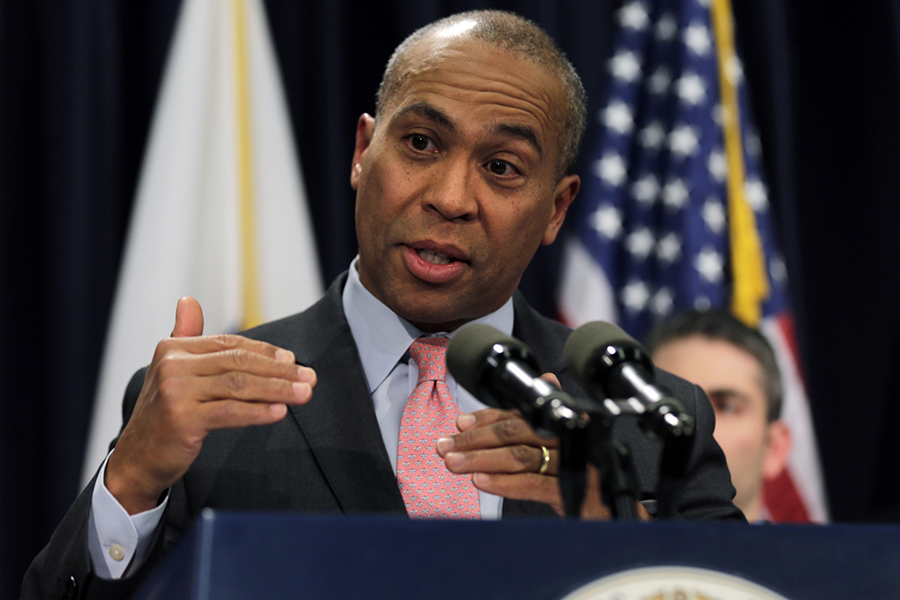 No matter how bad your aim is, you can’t throw a dart at a list of Massachusetts politicians and not come close to hitting a rumored 2020 presidential candidate. And the field of Bay Staters potentially mounting a run for the White House is only growing.

Though former Governor Deval Patrick has mostly stayed away from public life since leaving office in 2015, the Democrat is apparently considering diving back into the political arena with a 2020 presidential bid.

In an interview with the Kansas-based radio station KCUR, Patrick said the next election cycle is “on [his] radar screen, but it’s a huge decision.” He was in Kansas City last week for an event with the civic engagement nonprofit American Public Square.

Patrick, a longtime personal friend of President Barack Obama, has been encouraged by top Obama aides, including David Axelrod and Valerie Jarrett, to consider throwing his hat in the ring in 2020. Though the next presidential election is nearly 1,000 days away, the rumored Democratic field is already a crowded one, with at least two other Massachusetts names on it, since both Senator Elizabeth Warren and Rep. Seth Moulton have long been considered possibilities. And as the party’s search for its next leader intensifies, Patrick is making his way back into the public eye.

Now a managing director at Bain Capital, Patrick re-entered the political fray in December, when he traveled to Alabama to campaign for then-candidate Doug Jones. And in January, he alluded to a potential bid for the White House during a conversation with the New York Times. He was also reportedly under consideration as a running mate for Hillary Clinton’s presidential campaign in 2016.

Patrick directly addressed the question in his KCUR interview, making it clear that a run is not off the table.