A Horse Named Gronkowski May Race in the Kentucky Derby

A racehorse with a name inspired by the New England Patriots tight end won a race on Wednesday that puts him in strong contention for a spot at Churchill Downs. 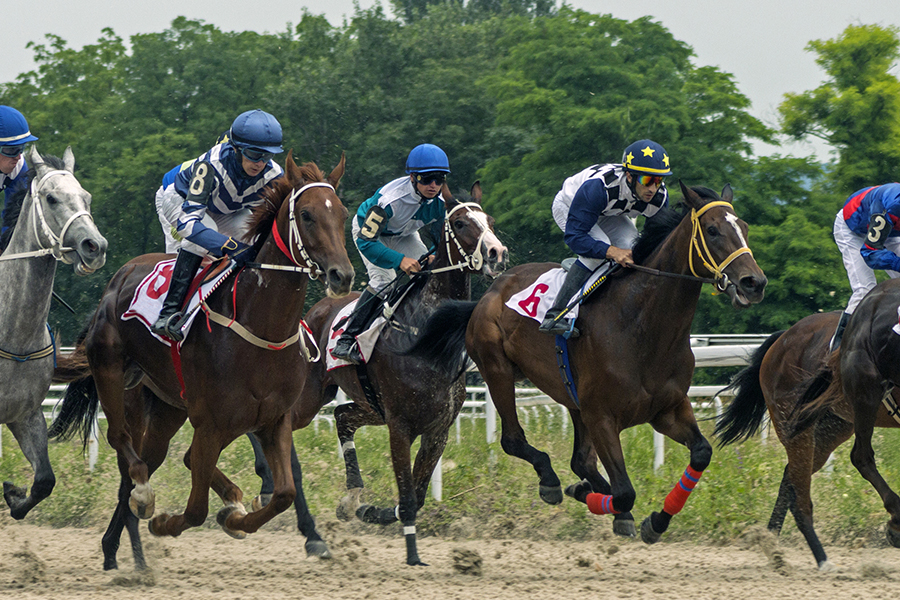 Gronk is off to the races.

Or at least, a horse named after him is. A 6-foot-5 thoroughbred named Gronkowski sprinted ahead of the competition on Wednesday night to finish victorious and on the precipice of his sport’s Mount Everest, the Kentucky Derby.

It turns out, Patriots tight end Rob Gronkowski has a couple fans in the elite horseracing world, and a thoroughbred bearing his name got several steps closer to qualifying for the Kentucky Derby this week. Gronkowski (the four-legged one) took the gold in the Kempton Stakes in southwest London, earning 20 points toward securing a slot in the “most exciting two minutes in sports.” The 20 horses that accumulate the most points in Derby qualifiers get to run at Churchill Downs in May, and Gronk’s total has him tied for seventh so far.

The equine Gronkowski is 3 years old and entered the qualifying race with a spot-free 2-0 record. Kerri Radcliffe, the manager of the group that owns Gronkowski, said that the horse’s size reminded her of the tight end, and the name just stuck.

“I love the New England Patriots, and as Rob Gronkowski is six-five and about the same wide, I thought it would be an appropriate name for the horse as he’s built much the same.” Radcliffe told Racing Post. “Gronkowski is a lovely horse, and we are excited about his future.” It’s not the first time Radcliffe has been vocal about being a pretty big Patriots fan.

There are 16 more qualifying events before the Kentucky Derby on May 5, so Gronkowski isn’t assured a spot yet. But if he makes it to the big event, maybe this year Tom Brady can invite the human Gronk to join his derby crew?