He plans to step down on Friday. 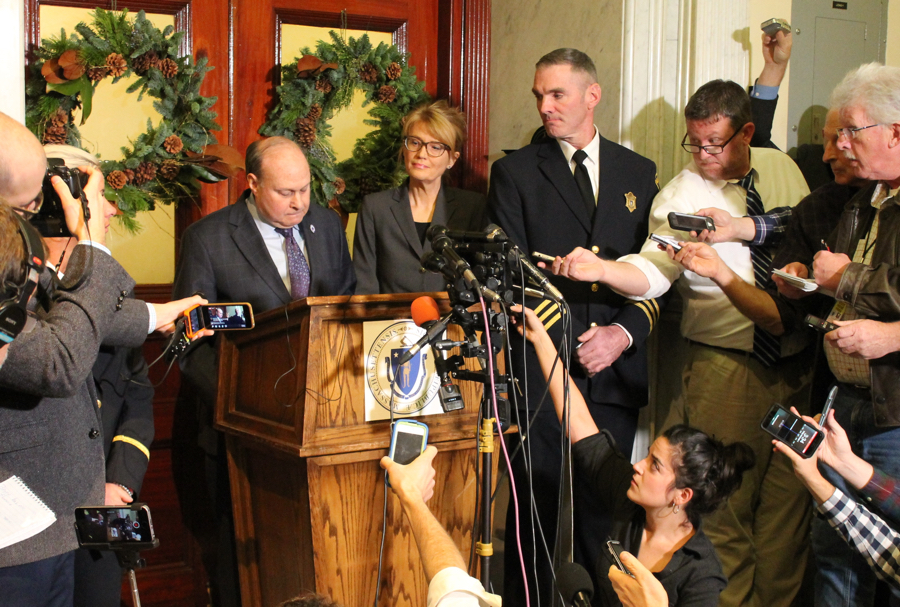 Stan Rosenberg’s time in the Massachusetts State Senate is formally coming to an end. Amid a scandal that has rocked the State House and tarnished the reputation of a once-respected progressive stalwart, the former Senate president has announced he will resign on Friday.

“As I have stated repeatedly over the last 5 months, I deeply regret the difficulties that this situation has created for the members, the staff and the institution of the Senate,” he wrote in a statement Thursday, in which he notes he did not break Senate rules. “I had hoped that, with the conclusion of the investigation, I would be able to focus, once again, on representing my constituents and contributing meaningfully to the work of the Senate. In light, however, of the disciplinary measures recommended by the Ethics Committee, it would not be fair to my constituents to have a representative in the Senate who lacked the authority to represent their interests fully.”

His resignation will take effect Friday at 5 p.m.

Rosenberg, the first openly gay man in the role, had been president from 2015-2017. He served in the Senate for more than 25 years.

The announcement follows the release of a damning report into the conduct of Rosenberg related to his now-estranged husband, Bryon Hefner. Investigators found that Rosenberg “failed to protect the Senate from his husband, whom he knew was disruptive, volatile, and abusive” and that his conduct harmed the Senate, although it did not find him to be in violation of any specific Senate rules.

The Senate has said it will accept his resignation. “We agree with the decision that it is no longer appropriate for him to serve in the Senate,” legislators wrote in a statement released Thursday. “As members of this body, we want to say to victims, staff, and all whose lives were affected: We are sorry for what you have been through. You deserved better. We must do better.

“We pledge to you to work diligently and swiftly to fortify the Senate’s systems for preventing and intervening in harassment in all its forms. Staff and all those who walk through the State House doors must be able to work in confidence that these policies are lived values, and not mere pieces of paper.”

Members of the Senate Committee on Ethics voted unanimously to adopt the findings of the report, along with a recommendation that Rosenberg be prevented from serving as president or in any leadership positions for the rest of his current term and, were he to be re-elected this year, though 2020. Such a restriction would have put a significant damper on his power in the Senate, which just a few short months ago he had led with the overwhelming confidence of state legislators.

The scandal began sweeping through Beacon Hill in November, when allegations first emerged in the Boston Globe that Hefner had assaulted and harassed several men with business before the Senate. Rosenberg stepped aside as president in December to allow an investigation to go forward, and he has served as a rank-and-file member ever since. But the story really begins several years ago, when Hefner’s conduct at the State House led to a scandal of its own, and prompted Rosenberg to promise his colleagues he would erect a “firewall” between his private and personal lives.

Hefner has since been indicted on ten counts of sexual assault, lewdness, and distributing nude photos without consent, and he and Rosenberg have reportedly separated.

But sexual misconduct wasn’t the only allegation to to emerge over the past several months. Senators had accused Hefner of exerting an inappropriate amount of influence on his husband’s office, and had sought to determine how much Rosenberg knew about the alleged behavior, and whether he had done enough to stop it. According to the report released Wednesday, Rosenberg knew or he should have known that Hefner had allegedly been sexually and racially harassing people, and yet did not act.

Rosenberg is also alleged to have shared a password with Hefner, allowing him to access confidential information and, on a few occasions, to impersonate Rosenberg in messages.

A growing, bipartisan chorus of state officials had been calling for Rosenberg to resign, including Republican Gov. Charlie Baker, as well as Attorney General Maura Healey, a Democrat. In the Senate, those urging Rosenberg to step down included onetime ally Jamie Eldridge and Karen Spilka, who has said she has the votes to become the Senate’s next president.