The Democratic gubernatorial candidate posted on Facebook ahead of a forthcoming Boston Globe story. 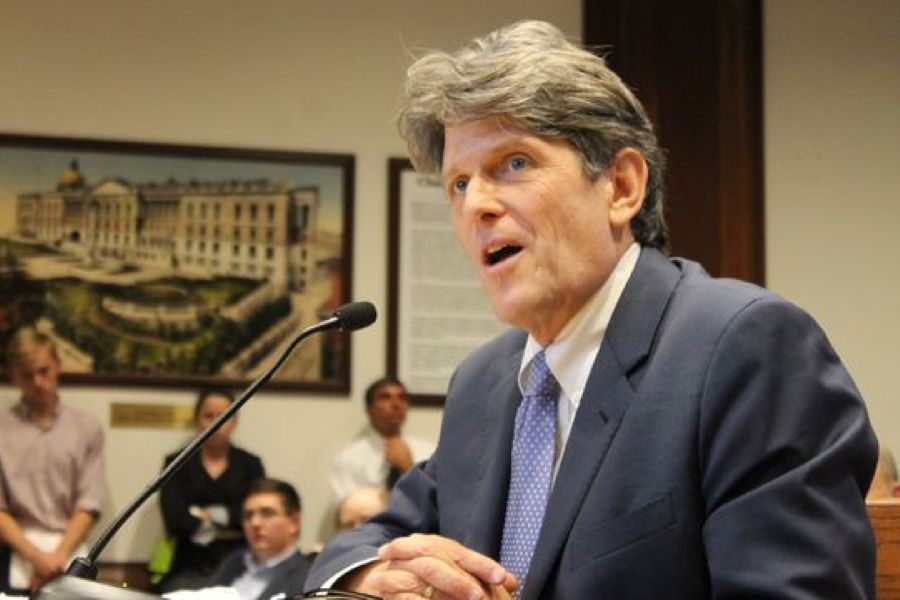 In an apparent attempt to get ahead of a news story dredging up his past, Bob Massie, a Democrat running for governor of Massachusetts, has given long-buried details about his 1995 divorce a public airing this week.

In a Facebook post on his official campaign account Tuesday night, Massie wrote that in the ’90s when he and his then-wife Dana Robert were in the process of separating, she filed a court order to have him removed from the home they shared.

The order was soon lifted, he wrote, and they resumed living together until they formally split. There were no allegations of violence, he said, and explained that he was sharing the details before publication of a story about his past in the Boston Globe. The paper has since published a story from reporter Frank Phillips about the divorce.

“Over the next twenty years we successfully co-parented our sons who are now almost 29 and 31. I remarried in 1996, had another child, and have held many joint family celebrations with my former wife and her husband,” he wrote, adding, “I regret that there were moments during our divorce when we could have been more kind and respectful. I am grateful that, long ago, we’ve been able to forgive each other and grow to become better spouses in our current marriages.”

Robert corroborated his version of events in a statement from 1995 that has been shared by Massie’s campaign. “During an emotional divorce, it was decided that it would be best if my husband and I kept distance from one another,’’ she said at the time. “At no point in our marriage has Bob ever physically abused me or our children. Despite our differences, Bob was a faithful husband and loving father. We shared many wonderful and loving times together.”

Massie, a progressive climate change activist, is in a primary battle with former state budget chief Jay Gonzalez for the Democratic nomination to challenge Gov. Charlie Baker, a Republican. The Democratic state convention, where delegates will decide whether to grant Massie the party’s endorsement, is scheduled for June 1 and 2 in Worcester. In his Facebook post, he speculated that the timing of the story’s publication was political, describing it as “painful but probably not surprising that this is being raised again 3 days before the state convention.”