The Flyers' Babadook-looking thing and the beloved Red Sox symbol duked it out online. 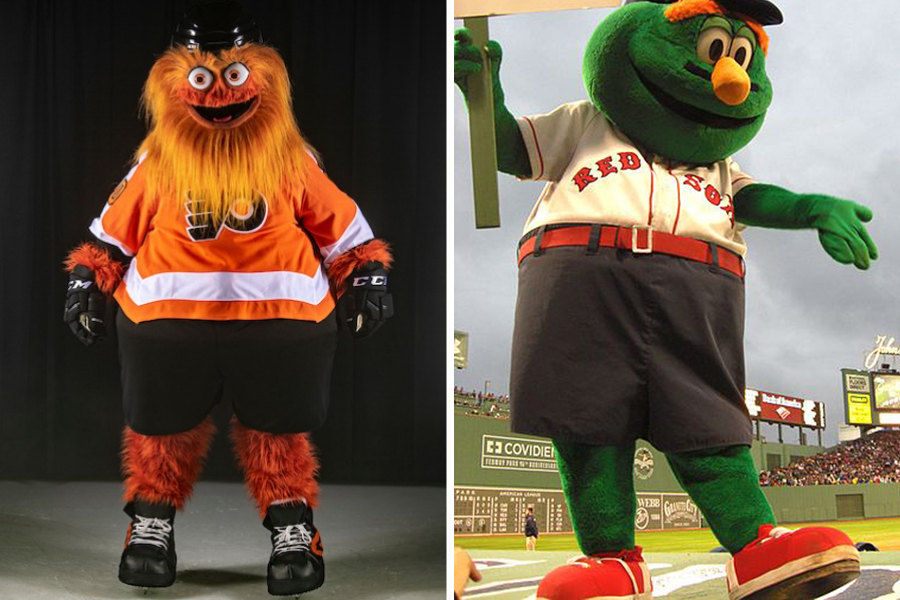 Gritty photo via the Philadelphia Flyers

Gritty, the batshit and cursed new mascot for the Philadelphia Flyers, and Wally the Green Monster, the Red Sox’ lovable portly beast that everyone loves, are fighting online.

A back-and-forth between the two creatures played out on Twitter Thursday, after Wally shared a joke that suggested the wild-eyed orange Gritty was a less attractive version of Red Sox pitcher Craig Kimbrel, who has a frizzy orange beard. “Tinder pic vs real life,” the tweet reads. Wally tagged the hell-beast—which has made quite the splash on social media since its debut earlier this week—in the message.

And in no time at all, Gritty responded: “I always assumed you were a Craigslist missed connections kind of guy,” the mascot, who looks eerily like Babadook, wrote.

I always assumed you were a Craigslist missed connections kind of guy.. https://t.co/stG3K7CsP4

I gotta say I don’t exactly know what Gritty is getting at here. I looked into it and, yes, people are in fact still using Craigslist to try to find people they spotted on the subway and whatnot. Is it a baseball joke about batting? Is Gritty just deflecting? What is its deal? I don’t know, just like I don’t know what Gritty even is, or how to get the image of his its giant, lifeless googly eyes and agape mouth out of my head.

I prefer Wally, who is, sensibly, a green thing named after a wall.