Why Is It So Hard to Get a Doctor’s Appointment in Boston?

You can’t throw a stethoscope in this town without hitting a world-class physician. So why is it so darn hard to get an appointment? 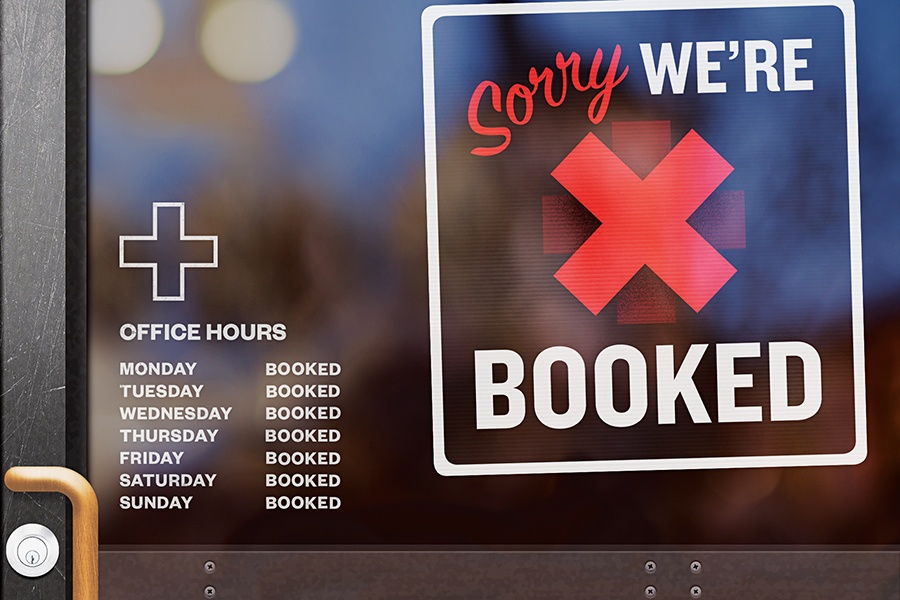 Take a stroll through Beacon Hill, a jog down the Esplanade, or a rush-hour ride on the D Line, and you’re all but guaranteed to see one thing: scrubs. The truth is that doctors, in Boston, are everywhere. The only places where it might be hard to see one? Their offices. How is it that in a city that’s home to some of the nation’s best hospitals and medical schools—not to mention to the crush of physicians that gives Massachusetts the country’s highest per-capita rate of doctors—actually scoring an appointment with someone in a white coat can feel as difficult as performing brain surgery?

Despite the high number of top-tier physicians here, the stats are enough to make you sick: A new patient in Boston should expect to wait more than 52 days before seeing a doctor, according to a 2017 Merritt Hawkins study—longer than in 14 other major U.S. cities, including L.A., New York, and Philadelphia. Need to see a mental health professional? Nearly 20 percent of Massachusetts patients stand by for at least three weeks—an eternity given the often-urgent timetable. “Boston should have it right, and we don’t,” says Ateev Mehrotra, an associate professor of healthcare policy and medicine at Harvard Medical School and a hospitalist at Beth Israel Deaconess Medical Center. “You would think if there was a city where the wait time was the lowest, it would be here.”

So with all these doctors strutting around, why does it take so long to get an appointment? It turns out that our top-notch talent might actually make wait times worse, not better. If a patient complains to her primary care physician about knee pain, for instance, who could blame that doc for referring her to the lauded orthopedic surgeon just down the street? Yes, the patient might receive better care, but relying heavily on specialists—as is common here—also gums up the works and adds to wait times. Plus, many of the city’s top clinicians juggle hospital appointments, academic teaching loads, and research projects (not to mention strict tee times!), all of which gobbles up valuable hours that could otherwise go toward seeing patients. Throw in the fact that Boston has become a go-to destination for wealthy foreigners and out-of-towners seeking top care, and you should feel lucky if you ever get to see a doctor at all.

The most promising area for improvement might come from technology. While our caregivers use the latest medical tech to treat patients, how they engage with patients remains mired in the stone age, says Susan Dentzer, president and CEO of the Network for Excellence in Health Innovation, which has a headquarters in Boston. Telemedicine, for instance, could ease in-office wait times, but insurance often won’t pay for virtual visits and offices have been slow to offer them. In fact, according to a recent analysis by the professional-services firm Manatt, Massachusetts has the most restrictive telemedicine insurance policies in the country, and a healthcare bill that would have expanded access to telemedicine recently failed to clear the state legislature.

Luckily, Boston’s booming tech sector is working on other low-cost solutions. The locally based app company Amwell provides patients virtual appointments with primary care doctors and specialists starting at $69 before insurance. There’s also Lawrence-based UberDoc, which quickly connects patients with specialists in the Boston area for a flat fee of $300 per appointment. Many medical practices are also offering an online portal where patients can ask minor questions and schedule appointments.

All of these solutions, though, are palliatives, not panaceas. If we want to fix this, we need to haul the whole healthcare system into the 21st century. “We have a healthcare system that provides Star Wars medicine on a Flintstones delivery platform,” Dentzer says. “We need to at least move up to The Jetsons.” After all, it sure would be nice to see a doctor somewhere other than riding home on the T.