You Can Secretly Record Officials and Police in Massachusetts, a Judge Ruled 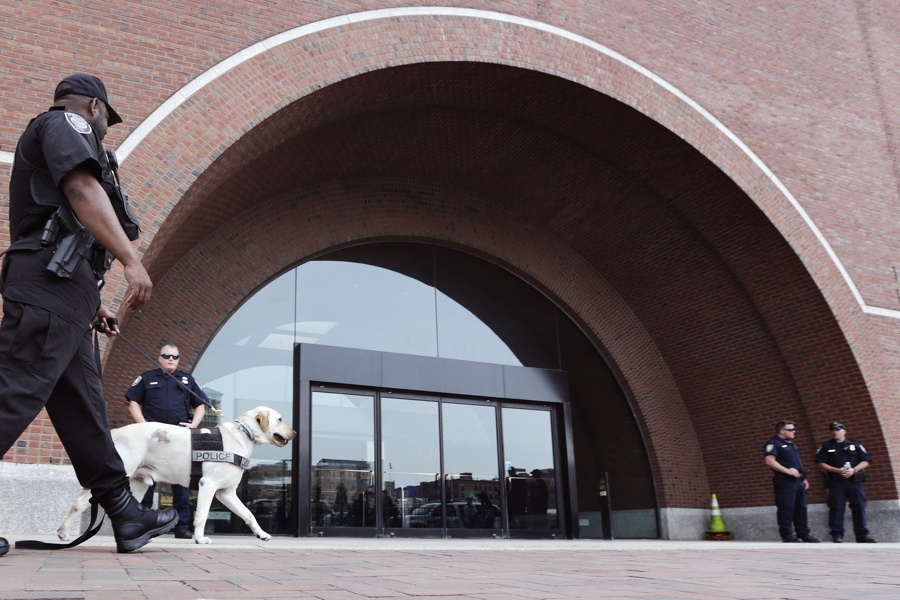 In a victory for two very different groups of people, a federal judge has ruled that a Massachusetts law against secretly recording police officers or government officials in public places is unconstitutional.

U.S. District Court Judge Patti Saris on Monday sided with a duo of Boston activists fighting for the right to record Boston police during arrests, and James O’Keefe, the conservative activist behind the group Project Veritas. Both argued that the possibility of being arrested for secretly filming public figures kept them from holding government accountable. Their suits named as defendants District Attorney Dan Conley and Boston Police Commissioner William Gross and challenged Section 99, part of the state’s 1968 wiretap law.

“On the core constitutional issue, the Court holds that secret audio recording of government officials, including law enforcement officials, performing their duties in public is protected by the First Amendment, subject only to reasonable time, place, and manner restrictions,” Saris wrote in her decision. Section 99, she wrote, “is unconstitutional in those circumstances.”

The ACLU celebrated the result on Monday on behalf of activists Eric Martin, of Jamaica Plain, and René Pérez, of Roxbury, who have filmed police officers “at least 26 times” over several years but want the right to do so secretly. Among other concerns, they pointed to police training materials instructing officers that it was OK to arrest someone for filming police if the recording device they use is concealed.

“We’ve seen that videos of police officers can show the realities of policing in powerful ways: People’s recordings of police interactions have started national conversations about police reform and accountability,” Carol Rose, executive director of the ACLU of Massachusetts said in a statement. “This ruling reaffirms that the fundamental right to record police officers does not disappear when a recording device is covered.”

Project Veritas was also taking a victory lap. “Project Veritas has made First Amendment history,” O’Keefe, its founder, said in a statement. But his group, which targets and secretly films liberals and nonprofits, sees the ruling as a green light for some markedly different purposes.

O’Keefe’s organization, infamous for bringing down the community organizing nonprofit Acorn with troubling but misleading video, has been criticized for its tactics, including editing its hidden camera videos to remove context and give fraudulent impressions about what people are saying or doing in them (you can see a pretty good example of this in action here). O’Keefe reached a $100,000 settlement with one of a man videotaped in the Acorn sting, who sued O’Keefe and accused him of misrepresenting him. Last year, his group was caught hiring a woman to pose as a victim of sexual assault in an ill-fated effort to trick the Washington Post.

The ruling notes Project Veritas now wants to send its team to Massachusetts, using methods that include taking nonprofit or political staffers on dates or out for drinks, wearing “hidden necktie cameras, purse cameras, eyeglass cameras, and cameras whose lenses are small enough to fit into a button or rhinestone,” and coaxing targets into saying something incriminating or embarrassing. The group even had specific ideas in mind for who it wanted to secretly record, but hadn’t yet, for fear of being prosecuted:

(1) landlords renting unsafe apartments to college students; (2) government officials, including police officers, legislators, or members of the Massachusetts Office for Refugees and Immigrants, to ascertain their positions on “sanctuary cities”; (3) “protest management” activities by both government officials and private individuals related to Antifa protests; and (4) interactions with Harvard University officials to research its endowment and use of federal funds.

It remains to be seen what actually counts as a “public” place, including whether a restaurant or bar fits that bill. The court has told the state to negotiate with the ACLU and Project Veritas’ lawyers and hash out a plan to comply with the ruling by January 10.