Edelman to Brady after a Big Play: “You’re Too Old!”

The wide receiver mocked Tom Brady's critics on the sideline. 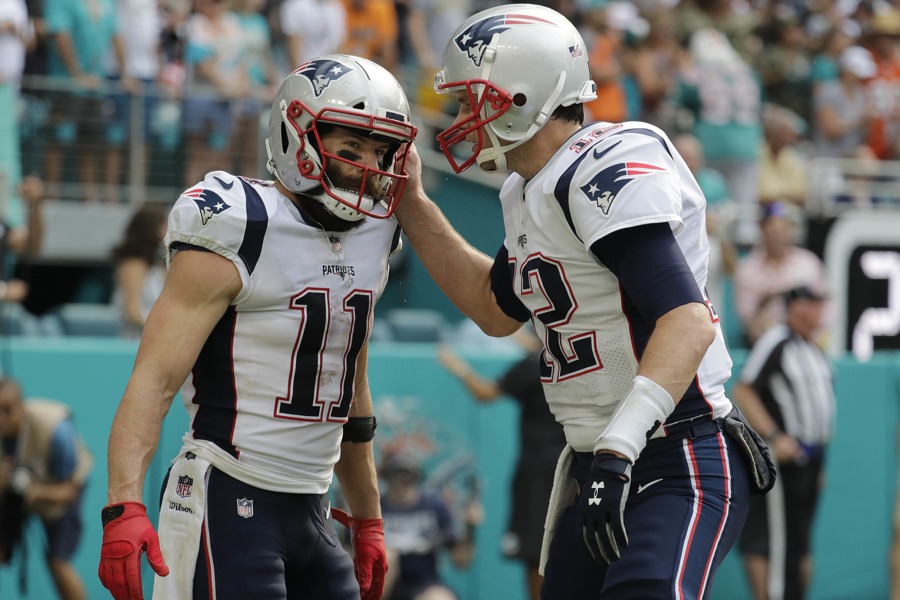 Tom Brady is old, OK? Bicker about it all you want, but the human body can only resist the march of time for so long, no matter how hard you flap its legs around.

But is Tom Brady too old? No! Of course not! Forty, shmorty. Sometimes you have to just let victory speak for itself.

Sometimes, though, you gotta scream about it. A new video clip that emerged from the AFC Championship game shows wide receiver Julian Edelman, fired up after a big touchdown pass, face-to-face with the GOAT on the sidelines. “You’re too fuckin’ old!” Edelman yells, mocking the critics. “You’re too old!”

The clip was captured by the Showtime TV show Inside the NFL, and shared online Tuesday night.

Again, even at the tender age of 41, nothing seems to be slowing Brady down right about now. Not even laser beams. And definitely not what everyone out in anti-Patriots country thinks about this team. If Edelman’s pep talk from Sunday proves anything it’s that they’re fueled by this stuff.

After Sunday’s win, a clip also emerged of Brady leaning into the criticism, in full view of the cameras. “I’m too old. You’re too slow,” he joked while embracing wide receiver Chris Hogan. “We’ve got no skill players. We’ve got no defense. We’ve got nothing.”

Who posted it? The Patriots.