The cost of taking the subway would jump 15 cents under the proposal.

The T’s proposal, the first rate increase in three years, would see the price of most fares go up by  just shy of 7 percent, the largest increase allowed by law every two years. T officials predict the increase—of about 6.3 percent on average systemwide—would raise $32 million in new revenue each year. It will now be up for public debate and a vote by the T’s Fiscal Management and Control Board. If approved, it would take effect in July and become the fourth fare increase since 2012.

The T last raised fares in 2016 by 9.3 percent systemwide, a move made amid vocal opposition from advocates for low-income Bostonians who rely on the service. That last round of hikes spurred the state legislature to pass a law that prohibits increasing any fare by more than 7 percent every two years. 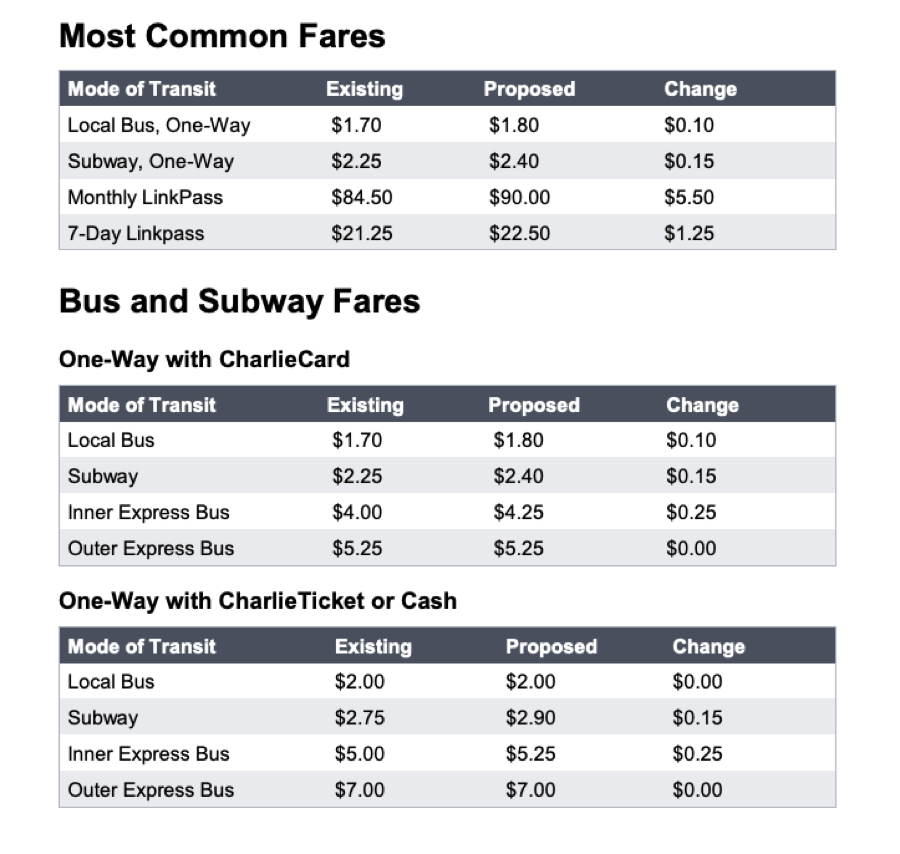 In the run-up to this latest round of talks, some powerful voices in Boston are urging the T not to hike the fees. “We should take every step to move towards fare-free transit, not increase burden on those who can least afford it,” City Councilor Michele Wu said in a tweet Sunday.

But new MBTA General Manager Steve Poftak said the proposal was both necessary to keep the system on track and not as extreme as other historic increases. Back in 2012, commuters were hit with a fare hike of 23 percent.

“Fare hikes are an unpleasant bit of this business but they are an important part of the MBTA’s funding stream,” Poftak said in a statement, according to the State House News Service. “This is, I think, a modest fare increase, it keeps pace with inflation and I also think doing it on a periodic basis where the rise is not quite so dramatic, I’m hopeful this lands a little bit easier than in the not-so-distant past when the fare increases were larger.”

💯! We should take every step to move towards fare-free transit, not increase burden on those who can least afford it & who do the most to reduce traffic/help air quality.