Mookie Betts Says He Won’t Go to the White House

Your move, everyone else. 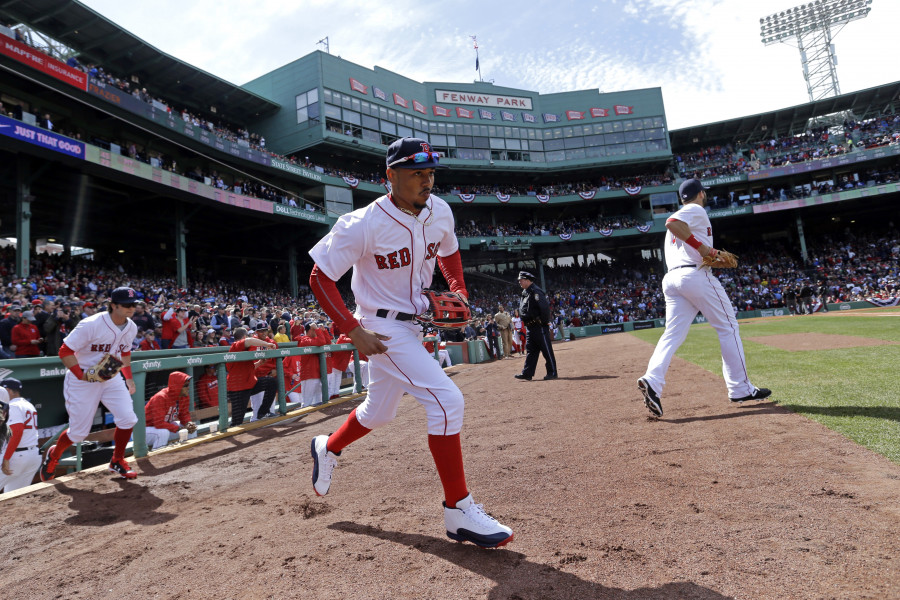 Here we go again. The familiar tango between championship-winning athletes and the White House will continue with the Red Sox this year, as star Mookie Betts says he will not be heading to Washington to celebrate the World Series win with Donald Trump.

“I won’t be going there,” Betts said in an interview with the Boston Globe. “I decided not to.” He didn’t elaborate on why.

Betts, who made the comments after an event Saturday night crowning him league MVP, is the biggest name from the team so far to pass on what before the Trump presidency had been a noncontroversial tradition. Third baseman Rafael Devers has also said he would skip the trip (he insists the decision is not political). Eduardo Rodriguez is reportedly on the fence.

The Sox announced in December that the team had accepted an invitation from the president and would in fact be heading to the White House. Team President Sam Kennedy said at the time that players’ presence at the event was not “mandatory” but was “a great opportunity for the players.”

A reception had been set for February 15, but the Sox announced in light of the government shutdown that they would reschedule the event to May 9.

Manager Alex Cora, who is Puerto Rican and has been critical of the president’s comments about his home, said at the time that he would attend the celebration and planned to “use my platform the right way,” adding that he wasn’t planning “to embarrass anybody.” Cora has suggested more recently he’s still undecided.

Trump, of course, could get skittish about an embarrassing turnout, and cancel. He is reportedly still sore about missing a meet-and-greet with his friend Tom Brady.