The Yawkey Commuter Rail Station Is Getting a Name Change 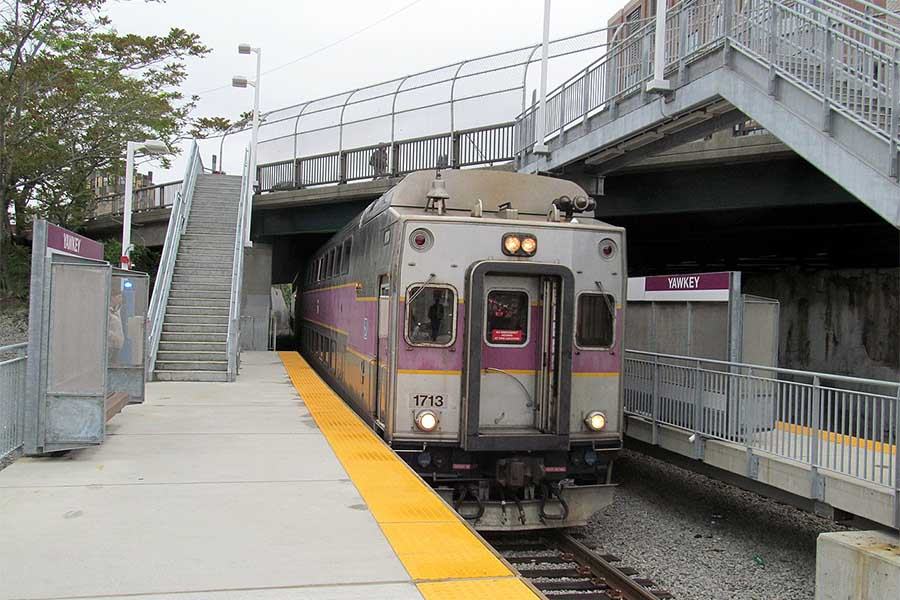 Another monument to the Tom Yawkey era has been renamed. Yawkey Station, the commuter rail stop in the Fenway area, will now be known as Lansdowne.

MBTA officials said the change is in keeping with their station naming policy, which prioritizes references to local landmarks, streets, or neighborhoods. And with Yawkey Way now a thing of the past, the station now refers to nearby Lansdowne Street.

Last April, the iconic Red Sox thoroughfare just outside Fenway Park had its name changed back to the original name, Jersey Street. It had been named after former Red Sox owner Tom Yawkey in 1977. The MBTA station has only served the area since 2014.

Current Red Sox owner John Henry has worked to disassociate the team from the Yawkey era. Yawkey owned the Red Sox from 1933 until his death in 1976, and his history with the team is marked by accusations of racial animus. Under Yawkey, the Sox were the very last MLB team to integrate racially, signing their first black player 12 long years after Jackie Robinson broke into the league.

When Henry asked the city to change the street’s name, the proposal passed unanimously.

The MBTA’s announcement came, no coincidence, on Opening Day for the MLB. Officials say signage will be switched to “Lansdowne” by April 8, the day before the Red Sox’ first home game.