Some people on a fishing trip got an extremely up-close look at a very big shark this weekend. 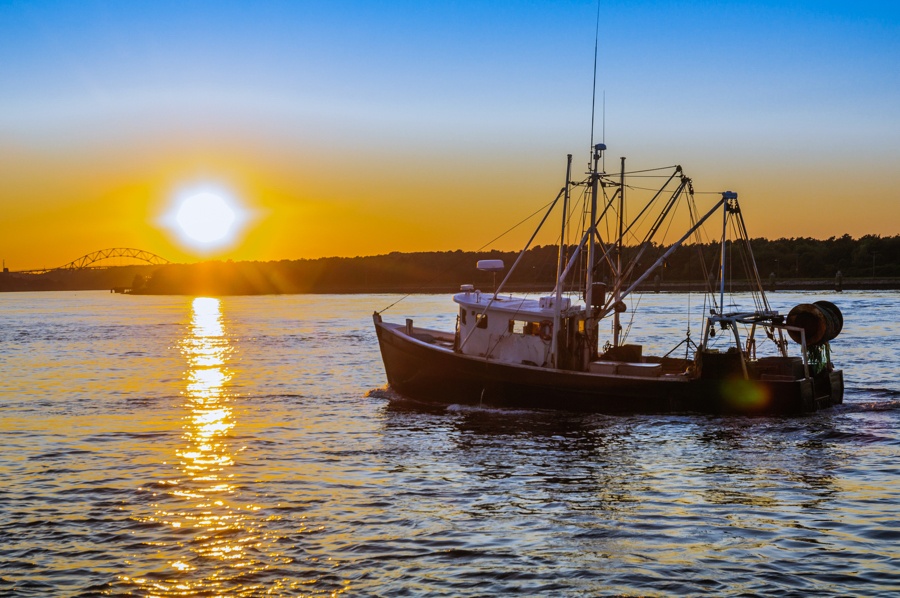 There have been a couple must-see clips of the beasts in the past few weeks, but so far this one takes the cake. A video of a great white shark encounter on a fishing boat off Cape Cod on Saturday has got to be the wildest one of the summer.

The footage, which has been shared widely since it emerged over the weekend, shows a young fisherman reeling his catch into a boat in Cape Cod Bay, when, suddenly, just a few feet away, a shark bursts out of the water in an attempt to steal his catch. As it sails through the air, the shark’s tail appears to pass right near one young passenger before banging into the side of the boat and then splashing into the ocean.

Even the Atlantic White Shark Conservancy, a nonprofit that frequently shares videos of shark sightings, deemed the footage “incredible.”

The Conservancy says the video was shot by Doug Nelson, of Franklin, while he and several others were fishing on a boat run by a company called Columbia Sportfishing. The boat’s captain, Marc Costa, tells the Boston Herald that sharks will occasionally snatch fish from lines during expeditions, but he’s never seen a case as close or “as acrobatic as that.”

The reaction from the amateur fishermen on the boat captured on video says it all. “A shark just ate your fish!” one person can be heard saying off camera. “I got that on video!” another says excitedly after the shark soars through the air. “Dad, that was, like, at my fingers!” someone else says.

The predator didn’t swim away with the whole prize, though. Nelson tells the Boston Globe that they eventually reeled in half of the fish.

Moments after the shark sighting, another young fisherman can be seen pulling what appears to be a large striper into the boat.

“Oh my gosh!” someone can be heard saying. “No wonder the shark was after it!”