The Last Thing Deval Patrick Wanted to See at a Campaign Event: An Empty Room

No one showed up to his event at Morehouse College, but a photographer was there. 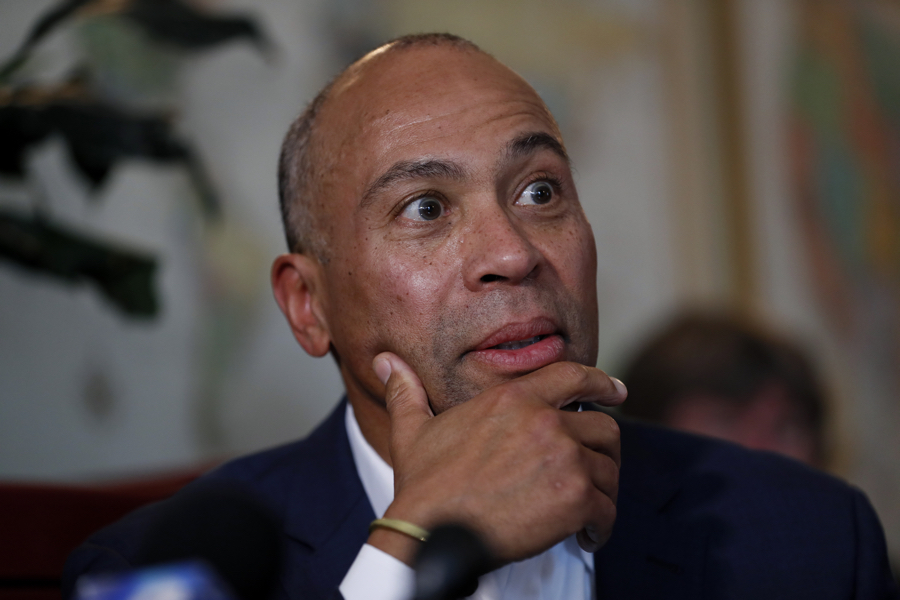 It’s like that nightmare where you show up at school and realize you’re not wearing pants, or you throw a big party and nobody comes, or you launch a presidential campaign and nobody cares.

The nascent Deval Patrick 2020 campaign was dealt an embarrassing blow last night, after a photo made the rounds of a painfully barren room at Morehouse College in Atlanta, where he’d been scheduled to appear at an event. But alas, no one showed up.

Except, that is, for someone with a camera, who snapped a picture of what appears to be about 100 seats arranged in rows in front of a lectern with a microphone, but without a soul in sight. CNN reporter Annie Grayer shared the absolutely devastating picture on Twitter Wednesday night, and reports that the former Massachusetts governor canceled the appearance “when he arrived and learned that he would not have an audience.” Grayer, who did not say where she obtained the photo, notes in her report for CNN that two students did eventually trickle into the room at the behest of the event’s organizers.

Governor @DevalPatrick was supposed to have an event at Morehouse College tonight. An organizer with the college who planned the event told CNN that Patrick cancelled the event when he arrived and learned that he would not have an audience. (Note, two people came, not pictured) pic.twitter.com/CzNjWYcWKJ

One of those organizers, Julian Hemmings, of Morehouse’s New Deal Democrats, tells Boston.com the campaign told him “they had to catch a flight.”

This might have been a predictable outcome, given Patrick’s event appears to have only been planned earlier this week, and was slated to begin not long before the start of a high-profile debate hosted by MSNBC, which featured ten of the other Democrats vying for the nomination (Patrick did not qualify for the debate, given he only announced his candidacy last week). So it may have been doomed from the start. But then again so, in all likelihood, is his candidacy.