In this year’s presidential primary, the Democratic Party is no place for an optimist. 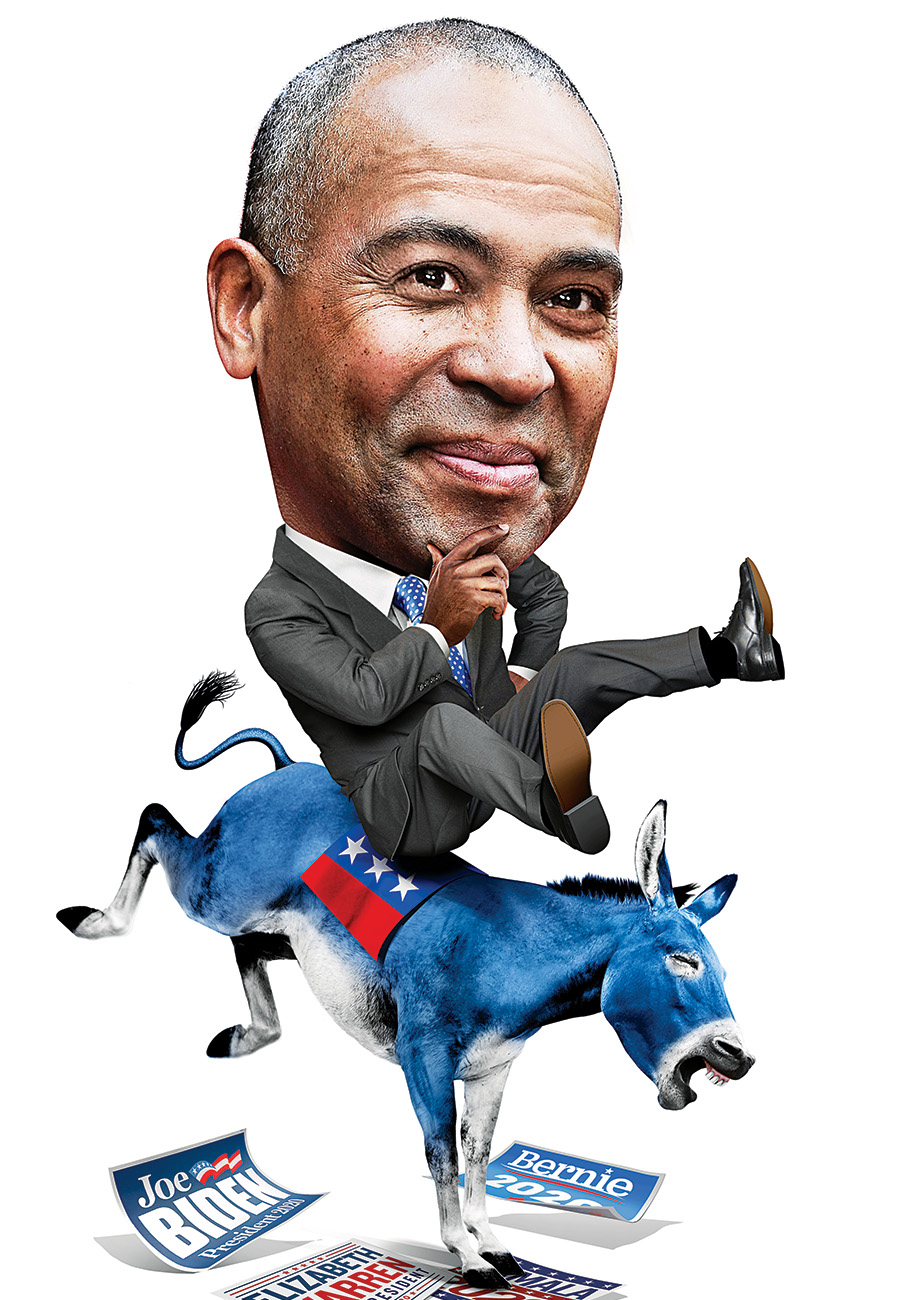 By the time Democratic presidential hopeful Deval Patrick took the stage at a campaign event in Paradise, Nevada, following a procession of speeches delivered by his rivals, the audience had already mostly cleared out, leaving only a few dozen stragglers behind. For Patrick, still in the early days of his candidacy, it was actually a healthy crowd. Only a few days later, by comparison, he was forced to cancel a speaking engagement at Atlanta’s Morehouse College when only two people showed up, both of whom just happened to be walking by when organizers lured them in.

Still, if anyone had bothered to attend either of these events, they would have heard an uplifting message from the man who was the hope-and-change candidate before Barack Obama rode that theme all the way to the White House. It was the very same message that originally vaulted Patrick from obscurity to governor in 2006 and then got him reelected. But now, some 13 years later and nearing the end of Donald Trump’s first term, it’s hard not to wonder if the real challenge that our homegrown candidate of unstoppable optimism must conquer is a brick wall of immovable cynicism.

Democrats in the age of Trump are so hardened that even Patrick’s exceptional gift for inspiration doesn’t make a dent. They are beaten down, defeated, angry, and desperate. It is a mindset that has led voters to favor safe-harbor presidential candidates such as Joe Biden, who is anything but sanguine but offers a familiar face and cautious approaches both to the campaign against Trump and to governing. Or, it has tilted them toward candidates like Elizabeth Warren and Bernie Sanders, who, in different ways, channel their anger and point fingers of blame. It’s a mood that leaves little room for what Patrick has on offer: a message of believing, once again, in the collective power of the people to create a brighter future. After all, the night Patrick was elected governor in November 2006, he said, “This was a victory for hope…. Don’t let cynicism win, ever.”

At the start of 2020, I fear it already has. If anybody has a shot at reversing that, it’s most certainly Patrick. The problem, though, isn’t just that Democrats don’t want to show up to hear him speak. More likely, it’s that in this era of fear and doom, they are simply unwilling to listen.

From Boston to the White House (Almost).

Over the past four decades, 16 people have served as U.S. senators or governors in Massachusetts. Exactly half of them have gone on to run for president, including current candidates Deval Patrick, Elizabeth Warren, and Bill Weld. None has made it to the Oval Office—yet. But some have come oh so close. Here are how their previous efforts have stacked up.