Please don't be this foolish at games thanks. 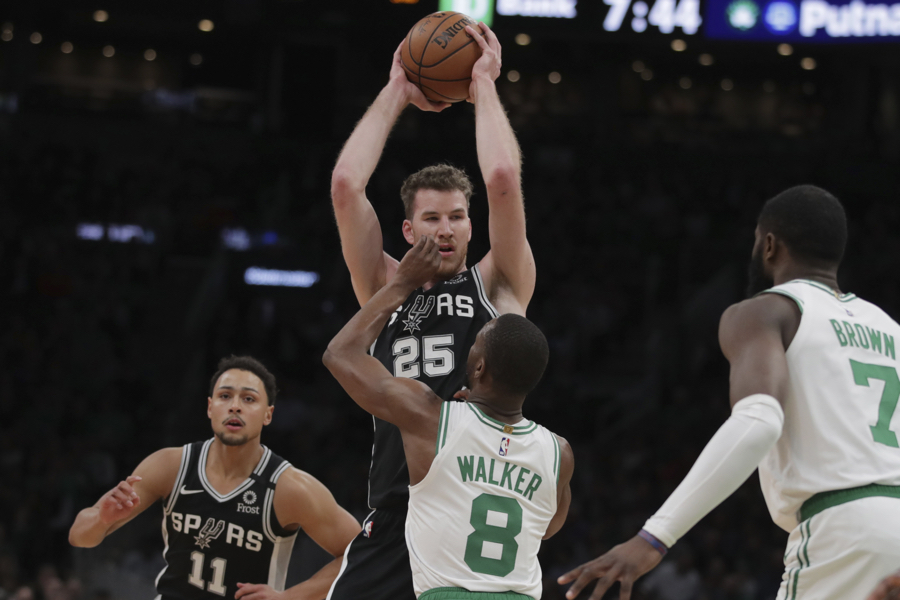 Plenty of Celtics fans were upset last night, after a series of questionable calls saw point guard Kemba Walker ejected from the game. But only one guy chucked a giant can of seltzer at the Spurs.

That’s according to the police and ample video evidence at the TD Garden, which appears to show an unruly fan firing his (probably expensive) beverage in the direction of the away bench, wasting a perfectly good seltzer, disrupting the game while crews had to clean up the sticky mess, and nearly bonking several professional athletes in the head.

The live broadcast picked up footage of the can whizzing past the heads of the players on the away bench, then splattering on the floor. (Broadcasters and social media users initially mistook the drink for a beer, but police have confirmed it was a 20-ounce tall boy of Truly.)

1. Kemba gets laid out on a hard screen
2. Kemba gets ejected
3. Celtics fan throws a beer at the Spurs bench

Video of the aftermath appears to show TD Garden staff and police leading the fan out of the arena.

The Celtics fan who threw the beer on the court from the balcony getting escorted out and about to have some new jewelry around his hands #celtics #spurs #nba #arrested #tdgarden pic.twitter.com/x91IS2NqSz

According to police, the suspect in question is 22-year-old Justin Arnold, of Everett. The allegedly “very intoxicated” fan was arrested and charged with disturbing a public assembly, according to BPD spokesman Stephen McNulty. He had been sitting in section 303 of the Garden’s balcony, and was identified as the alleged culprit via security footage, police say.

At arraignment Thursday morning, a judge ordered him to stay away from the Garden. He was also detained on an active warrant, per Boston 25 reporter Michael Henrich.

Needless to say, the last thing we need are fans that perpetuate Boston stereotypes, and this certainly fits the bill. By Thursday morning, the case of the Boston Seltzer Tosser has been covered everywhere from sports blogs to TMZ to the Washington Post.

In response to the boneheaded move, Celtics Coach Brad Stevens said he personally apologized to Spurs coach Gregg Popovich. “I apologize to the Spurs for what happened out in the stands and that can being thrown,” he said in a post-game press conference. “I told Pop after the game that I’m really sorry that they had to experience that. I hope that person’s not allowed in an NBA arena again.”

Brad Stevens apologized to the Spurs after a fan threw a drink onto the court pic.twitter.com/JXy4Fb2G85

Update: In a statement, a TD Garden spokeswoman says Arnold has been banned for life:

Last night, after throwing a can onto the court during a Celtics game, a guest was ejected from TD Garden. The guest was arrested by Boston Police and is currently facing criminal charges. This act is a serious violation of our guest code of conduct and as a result the guest will be banned from all future events at TD Garden, for life.