She appeared briefly in the Adam Sandler Netflix movie as a fictional reporter. 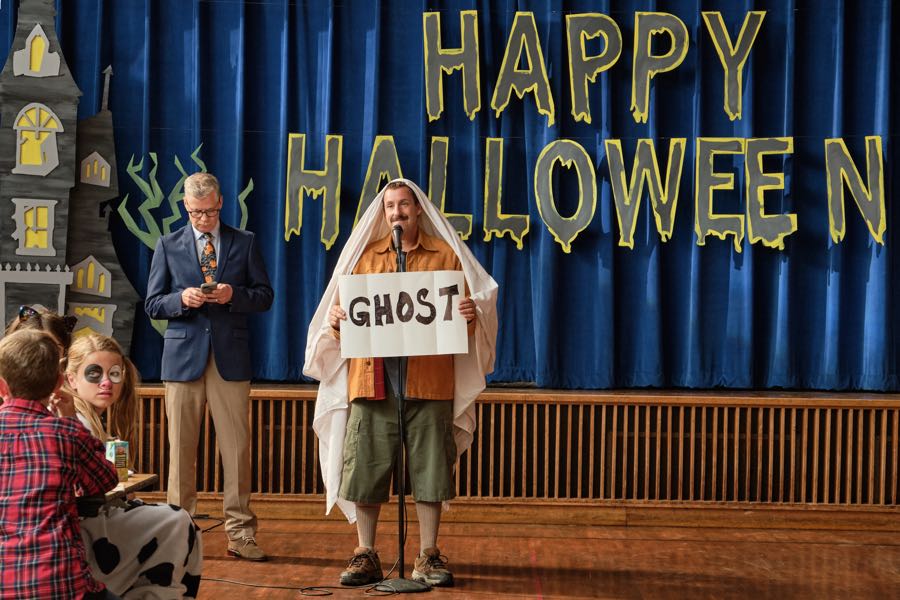 If there’s one thing Massachusetts movie buffs love, it’s spotting all the local references and familiar locales that show up in the countless films based in the Commonwealth. And there were plenty of regional Easter eggs to be found in Hubie Halloween, Adam Sandler’s new Netflix spooktacular set in Salem, filmed in various spots around the North Shore, and featuring a slew of local talent.

But for 7 News anchor Alaina Pinto, lending her locally famous likeness to the movie has come with consequences. On Thursday, Pinto revealed that the station was not pleased with her brief speaking role in the movie, and fired her.

In a series of tweets, she wrote that she had “mistakenly violated my contract with the station” by participating in the movie, and that station managers “unfortunately chose to terminate me.”

In doing so, I mistakenly violated my contract with the station and I understand why management unfortunately chose to terminate me. I am deeply disappointed and saddened, and I hoped this would not be how things evolved. (2/3)

Pinto’s role in Hubie Halloween is a brief one. She plays an anchor on a fictional TV news show called “Wake Up Boston” and gives an update on the celebrations underway in Salem, which she describes as “America’s unofficial Halloween capital.” This being, well, Halloween, she reads the news while dressed up as the comic book character Harley Quinn, and some family-friendly humor is wrung out of the fact that both the meteorologist and field reporter featured in the segment have opted for the same costume.

The scene lasts about a minute, and apart from a brief glimpse at some elderly revelers on the streets of Salem wearing shirts with risqué phrases on them, is decidedly PG. So it’s not as if Pinto was up to anything wildly inappropriate.

Still, media personalities tend to have fairly ironclad contracts that spell out when they can, and can’t, appear on screen, and that’s just the way it goes sometimes. (I sent an email requesting some clarity on how 7 News made its decision to part ways with Pinto, but did not get a response).

In the meantime Pinto has shared some parting words for her fans and colleagues. “Thanks to all my wonderful 7 News viewers and my supportive and great colleagues at the station,” she writes. “Reporting the news to you every morning was an honor and a privilege. I promise to stay in touch and keep you updated on the next chapter – the future is bright!”