Count Them Out: Here’s Who Isn’t Running for Mayor of Boston 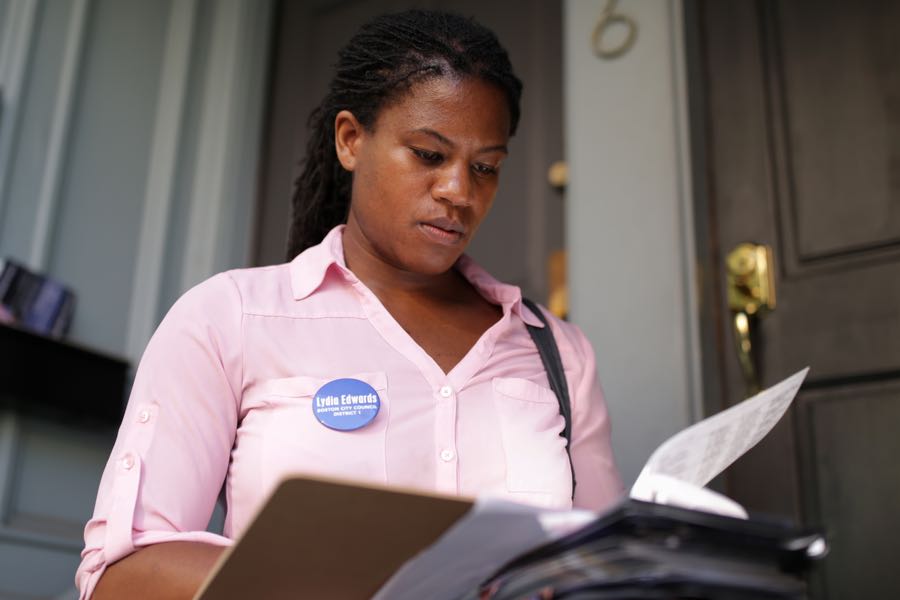 In a profession that too often lends itself to canned statements and obfuscation, especially when it comes to elections, the candor and wry honesty of Boston City Councilor Lydia Edwards on the subject of running for mayor of Boston was like a powerful gust of fresh air.

“I do not have a dog in this fight. I do not want to be mayor of Boston, and good luck to those who really want to. I don’t know why,” Edwards said late last week, at a contentious hearing about how the city ought to handle the potentially disruptive special election process. The comments came as she addressed her peers on the council, two of whom have formally announced their campaigns, and several more of whom are openly considering throwing their hats in as well.

“But it’s your dream,” she continued. “It’s your life. YOLO. Whatever the hell the kids say.”

As if to make her declaration all the more emphatic, Edwards took the added step of broadcasting a short clip of comments on her own Twitter feed.

The proposal to skip a special election if the mayor leaves before March 5 has been placed in my committee. I don’t want to be mayor. To those that do, I can only say YOLO. We’re going to follow the required process with transparency. Ready below to learn how. #bospoli #mapoli pic.twitter.com/7Db93yLkFY

At a moment when a seemingly endless list of notable Bostonians is in contention for the city’s top job, it’s rare to find someone emphatically say she’s not interested, as Edwards did. But she is certainly not alone in bowing out early, and the reasons why other potential candidates have opted to do so speaks volumes about the nature of this coming election, one that, given the diverse backgrounds of the likely candidates, will be unlike any that has come before.

One powerful example is Aaron Michlewitz. The state rep, whose district covers much of Boston and who serves in the prominent role of House Ways and Means Chairman, had been among those reportedly considering a run for mayor, but had stood out in the field as a white man at a time when the city seems poised to elect its first non-white executive. His statement bowing out of the race seemed to reflect his understanding of that reality. “At this time I will not participate in the race but I do believe that the next mayor should be the person who can most reflect, understand and identify with a progressive, majority minority city like Boston,” he said.

Another prominent figure staying out of the race is Suffolk County Sheriff Steve Tompkins. Long considered a talented political operator, Tompkins was on just about everyone’s shortlist for mayor. He seemed to be seriously considering the opportunity, telling Boston‘s own David Bernstein that he felt “this race calls out loudly for a male of color with executive experience who knows how to run a big operation.” But Tompkins put that to bed last week, citing in a Facebook post what he described as a deep pool of qualified pols already in the mix. “Though I believe that I would bring a unique perspective to the role of Mayor of the City of Boston as someone who has led a law enforcement agency and the largest Sheriff’s Department in Massachusetts,” he wrote, “I am heartened by the fact that there is no shortage of highly-qualified candidates running, each offering their own unique perspective and vision for the city.”

City Councilor Julia Mejia also appears to have taken herself out of the running, and is the only councilor to lend her voice to a Boston Globe roundup of perspectives from people who aren’t running for mayor. Whether she would run wasn’t really in question, though. She made that clear way back in September, after she made a joke that gave people the impression that she was running, and then formally denied it to clear up any confusion. “I apologize for any harm I may have caused this morning,” she wrote at the time, adding, “I am excited to see so many folks stepping into their power!! 2021 will give Boston an opportunity to flex their political muscle.”

One other short-lister, Black Economic Council of Massachusetts Director Segun Idowu, has preemptively swatted away the speculation by creative means: In a move noted by, among other outlets, the New York Times, he has swapped his Twitter name to “Not A Boston Mayoral Candidate.”

If you’re a Boston politician who’s decided NOT to run for mayor, please don’t hesitate to reach out and let us know.