Thanks, its owner says, but who cares? 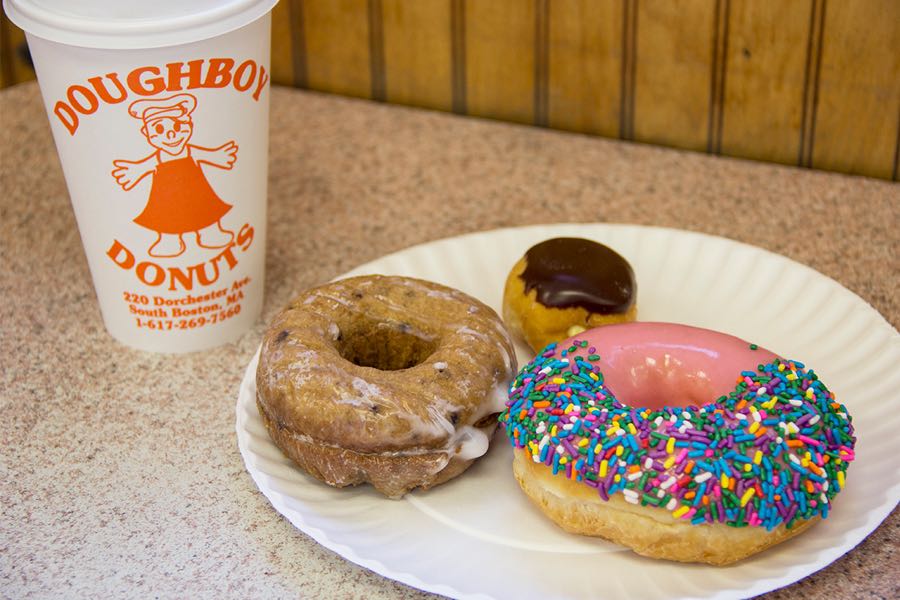 Very little of note went down at Marty Walsh’s confirmation hearing on Thursday. By most accounts, his path to joining the Biden White House as Labor Secretary is all but assured to be a smooth one.

But it just wouldn’t be right if Washington didn’t use the opportunity to inject some Boston into a Boston mayor’s official testimony, and senators did exactly that at the hearing. The first notable reference to Walsh’s hometown was, of course, a nod to ex-Patriot Tom Brady. And the second was about the mayor’s choice for getting his caffeine fix in his home city, after Republican Sen. Roger Marshall asked the mayor how much he paid for his last cup of coffee, possibly hoping to get some banter about Dunks going. But instead Walsh went with South Boston’s Doughboy Donuts & Deli.

“Last cup of coffee I paid for in Boston was probably at Doughboy Donuts and I think it was $1.75,” Walsh replied. Marshall, who’d been making a point about why we shouldn’t raise the minimum wage, conceded that that was “a good deal.” (for what it’s worth, Walsh was off by a couple cents, as according to the Globe‘s reporting on the matter, a Doughboy coffee goes for $1.90).

The name-check turned the eyes of the nation toward the Southie institution, which has been offering its loyal customers a frill-less experience at its Dorchester Ave. location for decades, keeping true to its roots as trends in both upscale pastries and hand-crafted lattés—not to mention the spread of pricey condo complexes—have sprung up around it.

Naturally, CBS Boston rushed down to Doughboy to get some facetime with owner, Phyllis Fandel, and get her reaction to this 15 seconds of fame in the nation’s capital. And the results did not disappoint.

Most companies when they get a shout from a celebrity: “Wow! How cool, we’re so honored!”

As it turns out, Fandel tells the news crew in a brief interview from inside her shop, this star turn has actually been more of a pain in the ass than an honor.

“The phone has not stopped ringin’, which I don’t understand,” she says, shaking her head in disbelief, a blue Sharpie tucked into her shirt collar, ready to get back to work as soon as the reporter and camera operator take a hike. “It’s just like, they make a big deal outta nothin,’ you know? It’s a coffee place. I mean, thank God. I mean, [Walsh] is a loyal customer and he mentions us, you know? But it’s like, just so bizarre.”

Her less-than-impressed reception to the incident garnered plenty of attention on line, attracting more than a hundred retweets and commentary from locals who saw a bit of themselves or their loved ones in a clip of her interview. Wrote WBZ’s Liam Martin: “Phyllis is almost every member of my family.”

Protect Phyllis at all costs. Because honestly, that’s how you build a Boston institution that survives and thrives for years to come. Gruff indifference to both the passing of time and the feelings of others is the lifeblood of some of the city’s oldest haunts. Santarpio’s would not be the same, and very likely wouldn’t be here at all, if its servers and bartenders all of a sudden stopped busting your balls and started treating you with respect. If Doughboy Donuts had gotten all worked up about getting some airtime in Washington, D.C., or leaned into its status as a minor-tier meme for the day, the cost in lost authenticity credits wouldn’t be worth whatever bump in sales might come with it.

After all, it’s just coffee. And it’s just Marty from Dorchester. Whaddaya want? A medal?