Where to Find John Waters’ Favorite View of Cape Cod

One beach in particular has caught the famed filmmaker's eye. 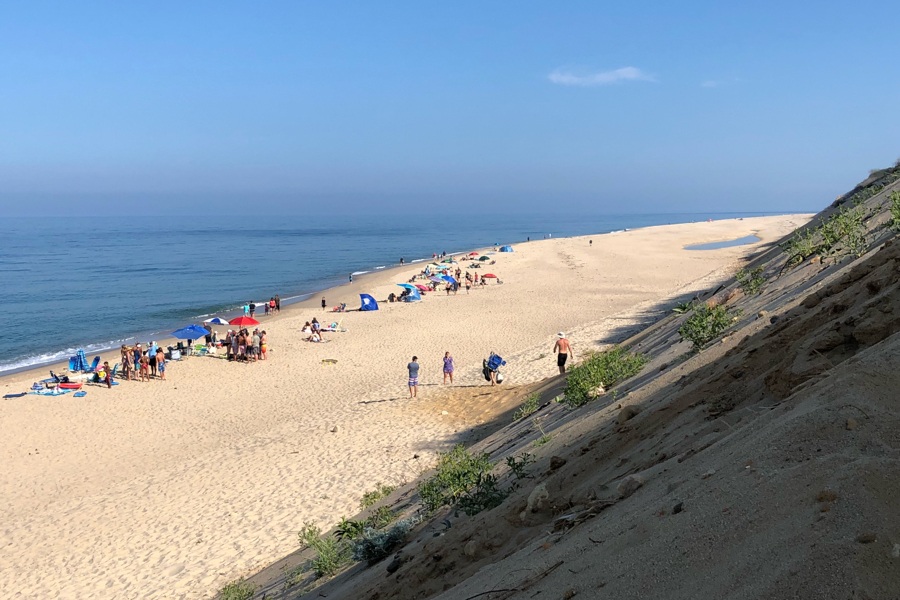 John Waters has always had an eye for the gross, the lewd, and the reviled. The author and filmmaker famously dubbed the Pope of Trash made his long career directing people’s attention to the things he found beautiful despite polite society seeing them otherwise. His work, and his outlook, are not always for the squeamish.

But when it comes to his taste in beaches, even the most prudish among us can feel confident taking cues from him.

Asked recently about his favorite view anywhere in the world, the famed eccentric, who has summered for many years in Provincetown, picked none other than the vantage “from the top of the hill at Longnook Beach in Truro, Massachusetts.”

His selection came among answers to 52 questions posed to him by the magazine Air Mail. (His favorite saying? “The second rat gets the cheese.” Favorite date night? “A romantic evening at a demolition derby.”)

Waters, whose first novel comes out this month, has always worn his love for this particular beach and its distinctive giant cliff, on his sleeve. He once called it “the most beautiful beach” and gushed that it “looks like the credits to soap operas.”

Over the years, he has made a habit of hitchhiking from P-Town to Truro, in part due to his love of the seaside community and its views, in part due to how hard it can be to get a parking spot, and in part because the guy just loves hitchhiking. Once, while a reporter from New York magazine was tailing him in 2008, he successfully hailed a car outside Longnook Beach despite the fact that his perfectly usable car was parked in its parking lot. He has apparently carried a sign with him for many years on these trips—one side says “Provincetown,” and the other says “Longnook.”

So if you’d like to see Cape Cod through the eyes of one of its most famous residents (and maybe catch a glimpse of him in the flesh) this summer, now you know where to go.