Did You Hear the Good News? The Lego Group Is Moving to Boston

Even Mayor Wu's kids are impressed. 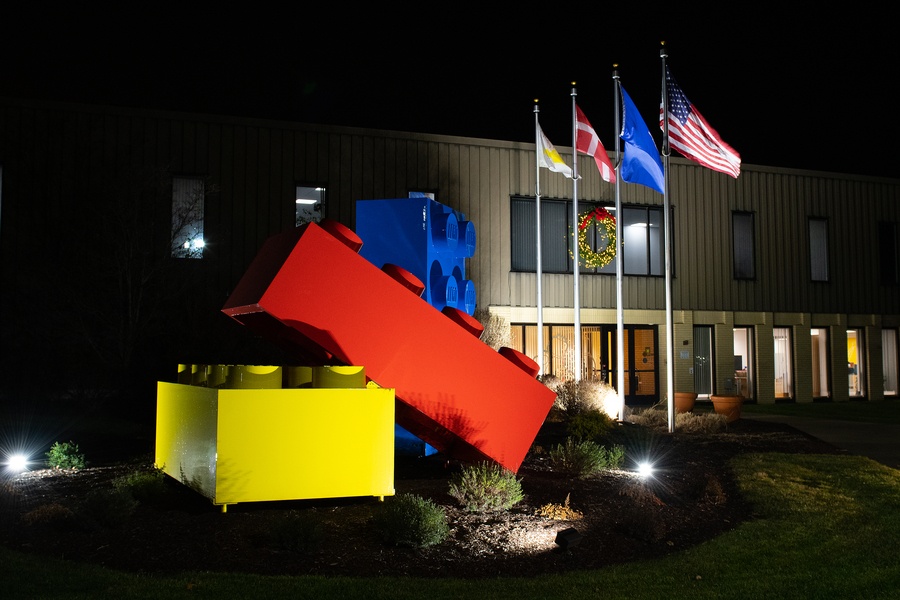 So this is awesome. Yesterday, the LEGO Group announced that it’s laying the foundation (sadly not with actual Legos) to relocate the Danish company’s North American headquarters from Enfield, Connecticut—to right here to Boston.

“Boston is ranked one of the best cities in the world to attract and retain talent,” President of the LEGO Group in the Americas, Skip Kodak, said in a release that credited Boston’s extraordinary workforce as a major factor in the decision. “As we have been continuing to grow the business especially over the last five years, it’s become more and more evident to us that we could grow potentially even faster by being located closer to where the more talent is living.”

The move is expected to bring hundreds of jobs to Massachusetts. And not just any jobs—jobs that are apparently as fun as they sound: Employees voted the LEGO Group one of Glassdoor’s Best Places to Work in 2023, finishing at #21.

The iconic toy company currently employs about 2,600 people in the U.S., 740 of whom are based at the Enfield location, and will all be offered positions in Boston. The North American headquarters relocation will occur in phases, starting in mid-2025 and wrapping by the end of 2026. Until then, staff will work from two sites—their Connecticut space and the LEGOs Education office already in Back Bay—while the LEGO Group looks for new office space in central Boston, at a time when the downtown office vacancy rate is higher than it has been in decades.

In a statement on Tuesday, Mayor Michelle Wu signaled what the news means for the City.

“I look forward to supporting LEGO Group as they transition their headquarters to Boston and join our mission to become the most family-friendly city in the country,” said the Mayor, whose personal Twitter already uses a LEGO Government Center as its header image. “This news finally has my kids impressed.”