Why Is Connecticut Always Excluded from Talk of New England? 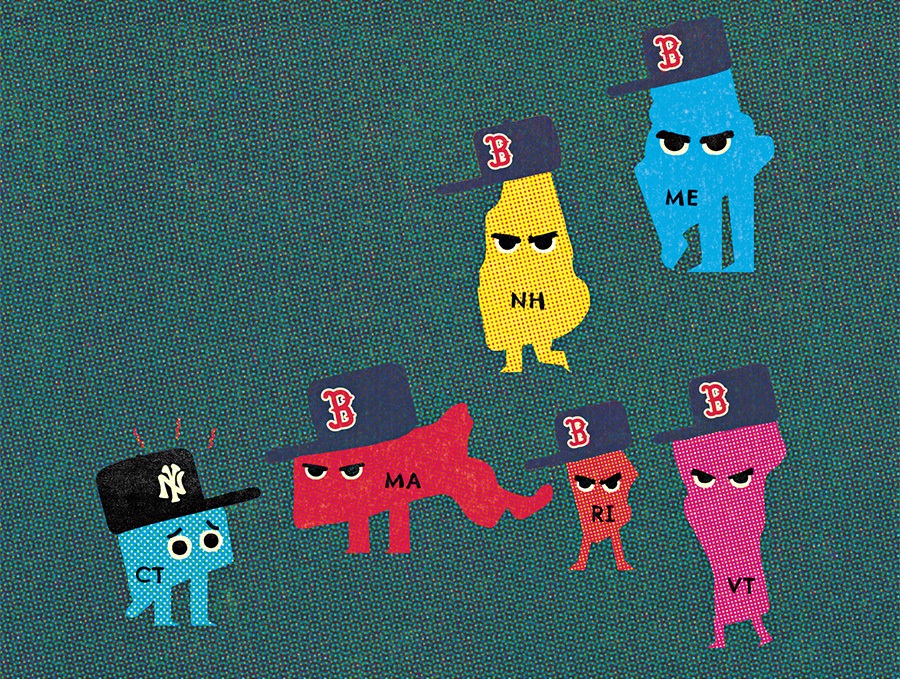 Whenever I hear anyone talk about New England as a region, it seems like Connecticut is always excluded from the conversation. Why don’t we have more love for the great Constitution State? —J.S., Newton

As a born-and-raised Nutmegger, J.S., I saw three shades of red when your note came through. The first was a blast of crimson indignation, as I’ve heard for years how Connecticut has civitas non grata status in New England: that it’s nothing but traffic-choked highways, its cities are gritty instead of quaintly historical, and that it’s basically a suburb of New York City. The worst insult came in 2010, when Discover New England removed Connecticut from its website and redrew our land as a five-state region. Though this boondoggle happened because the state hadn’t paid its annual dues to the tourism group, I heard plenty of Masshole snark from my Boston colleagues, who joked that New England was much better off now.

But then your question flooded me with a scarlet blush of affection for the Constitution State. Get off those highways, and you’ll find verdant forests, tidy town commons, a rich nautical heritage, and a literary culture that includes Mark Twain, Harriet Beecher Stowe, and Stephen Carter. As a New Havener, I must admit that Connecticut has its share of troubled cities, as does the rest of New England. Yet here one finds rich diversity, as people of all races and nationalities add new chapters to municipal histories dating to the mid-1600s—a full century earlier, I might add, than most places in Vermont, New Hampshire, or Maine.

So really, it comes back to the New York thing. New Englanders profess to hate the Big Apple, even though they take planes, trains, and Subarus every chance they get to reach it. And here is where I saw my third shade of red: Pantone 186 C, a.k.a. the Red Sox color. According to Quinnipiac University pollsters, only 36 percent of Connecticut baseball fans support the Olde Towne Team, compared to 44 percent for the New York Yankees. So perhaps when people just drive through, it’s easy to dismiss all of Connecticut for this split fandom. As for this lifelong Sox, C’s, and Pats fan, my only personal split fandom came with my adoration of the Hartford Whalers. But when that hockey team moved south to the Carolinas in 1997, I duly switched to the Bruins. Why? Because I’m a New Englander, dammit.