How Jason Bond Is Going Green with Bondir Gardens

We went behind the scenes at Bond's new collaborative venture with Sweet Autumn Farm. “Most chefs dream about this type of situation, to have a productive garden right outside your own restaurant,” says Jason Bond as he snakes his way through the bucolic back roads that wind from Bondir Concord to Sweet Autumn Farm, six miles away in tiny Carlisle, Massachusetts. Even coming from Concord’s sleepy township, Sweet Autumn Farm feels worlds away. As we drift past the entrance and a gray barn bound in solar panels, the only sounds are a lethargic chorus of crickets and the quacking from a cream-colored raft of Indian Runner ducks.

In this locavore-obsessed era, where chefs are judged as much for their carbon footprint as their skill in the kitchen, Bond has taken his commitment to organic and local ingredients even further. A son of ranching parents in Wyoming and Kansas, Bond has long felt a kinship with the land. He credits his rural childhood for wanting to build Bondir’s second installment in the placid confines of Concord, far from the congestion and “frenzy” of Cambridge. But his latest project, which takes over a quarter acre plot at Sweet Autumn’s certified organic farm, is more than an extension of his farm-to-table practices or the occasional respite from the city’s noise pollution. “I really want to build a company that can take care of its employees,” Bond says. “I want the people who work with me to have things like health insurance, which is rare in this business. And I want them to feel like they have opportunities to learn, to progress, and eventually move up.”

Past a Red Wattle pig pen and Nigerian dwarf goats, Veronica Chudik is spreading hay and plucking the occasional mugwort sprout from the rows of sorghum, spinach, and sweet corn. A part-time server at Bondir Concord, Bond has long encouraged Chudik’s interest in small-scale farming. So, after a failed agricultural venture in Elgin, Texas, just outside of Austin, Bond offered to fund her education at Tuft’s New Entry Sustainable Farming Project, a six-week course that teaches everything from organic pest management and soil health to field preparation and irrigation.

As a perk of graduating, Tuft’s gave Chudik access to a quarter acre of land in Dracut, from which she grew a variety of lettuces and beans for the two Bondir locations. Located over 20 miles from either restaurant though, the produce was often unusable by the time it got to the backdoor. “We needed to be closer since it wasn’t really efficient,” Chudick says. “We don’t have a refrigerated truck and deliveries to Cambridge were taking over an hour, so things would wilt or spoil by the time we actually got there.” Through Bondir’s other purveyors such as Verrill Farm, Pete & Jen’s Backyard Birds, and Dancing Tomato, Bond was put in touch with Leslie Thomas, the owner of Sweet Autumn. Without access to a tractor, Chudik spent the first several months hand-tilling the soil herself. Now she splits her time planting and harvesting in the fertile months from May until October and waiting tables at Bondir Concord in the winter.

“Last year in Dracut we learned a lot,” Bond says. “It was a nice piece of land but it was also 45 minutes away from the restaurant. This is a much better solution because not only are we much closer, but we have Katharine [Endicott] and Leslie here that are experienced, idealistic farmers. They don’t take shortcuts, so Veronica is learning in the type of holistic environment we’re trying to harbor.” Bond has called this year’s plantings “a season of experimentation,” as they play with several varieties of crops. Plants like nasturtium are being cultivated not only for their bittersweet leaves and edible flowers, but its peppery buds, which Bond pickles and uses like caper berries. When I visited in early June, Bond gathered some baby radishes, lovage, horseradish leaves, and pea greens, and combined them with freshly caught mussels, scallops, and squid for a dish he’s dubbed South Shore Fishes. Everything grown at Bondir Garden will eventually find its way onto the menu, even the ground cover. The aforementioned mugwort, a weed with a faint herbaceousness, is being used in salads and as a garnish on Bond’s sweet pea soup.

Being located inside the symbiotic environment of Sweet Autumn Farms has other perks as well. Due to its vicinity to Bondir Concord, Chudik can plant more delicate-leafed varieties of lettuce and spinach, such as Green Deer Tongue and Orach that are otherwise difficult to transport. And the animals, raised mostly for milk and eggs, could soon find their way into Bond’s culinary arsenal. Even with their limited plot of land, Bond estimates that the garden will eventually yield over 20 percent of the annual produce needed at both Bondir locations. That number could rise if Bond follows through on his plans to build a greenhouse for year-round production. He’s also in discussions with Sweet Autumn about an expansion that would enable Bondir Gardens to become a CSA (community supported agriculture) within the community.

“I think this thing could just get bigger and bigger,” Bond says. “The Tufts program taught Veronica so much about organization and field management, but then you get out here and it’s much harder in real life. You have to adapt, like when you have a cold spring such as we’re having this year. But each season we’re continuing to learn and get better. I’m just psyched to see this whole thing become a reality.” 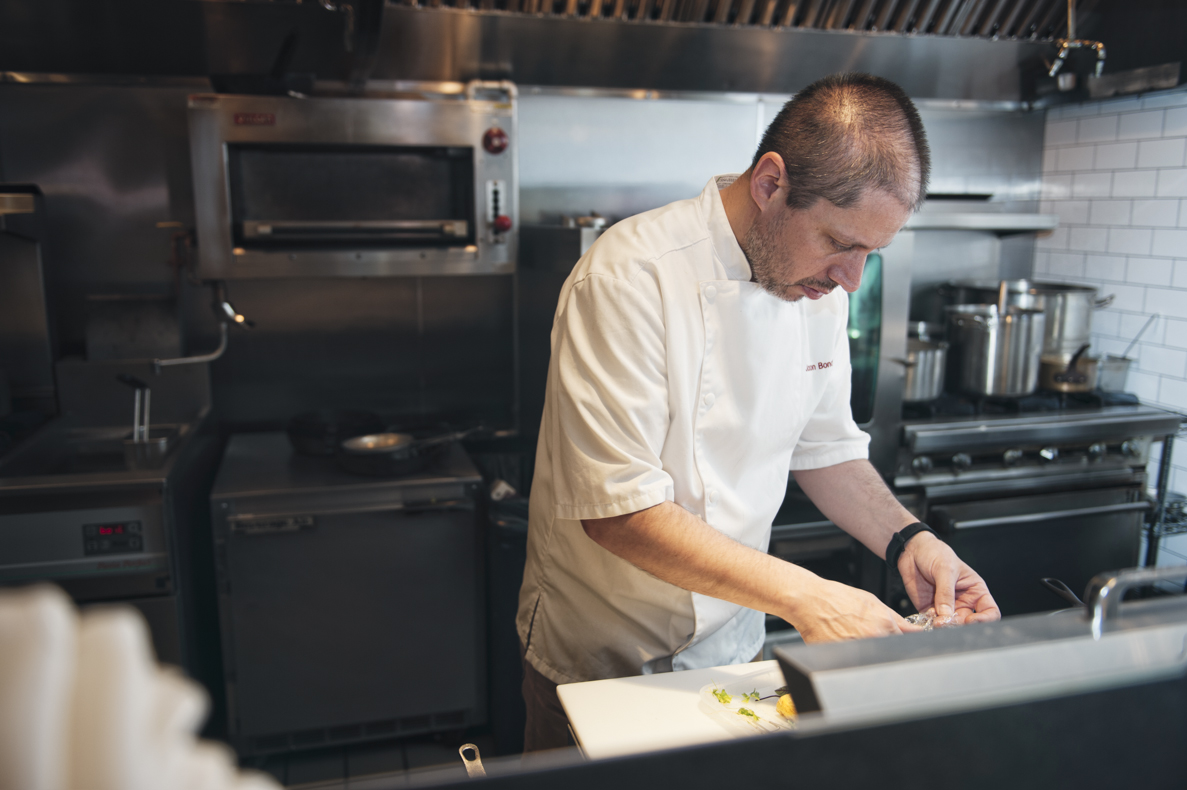 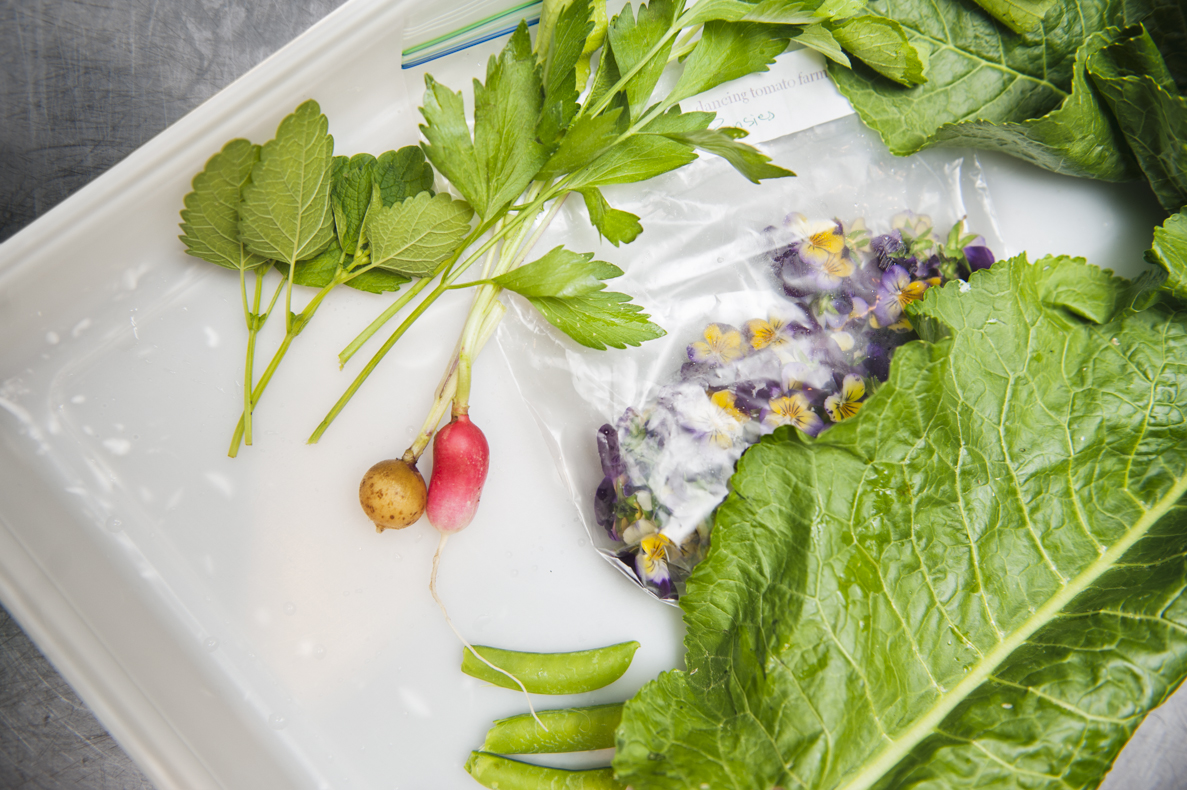 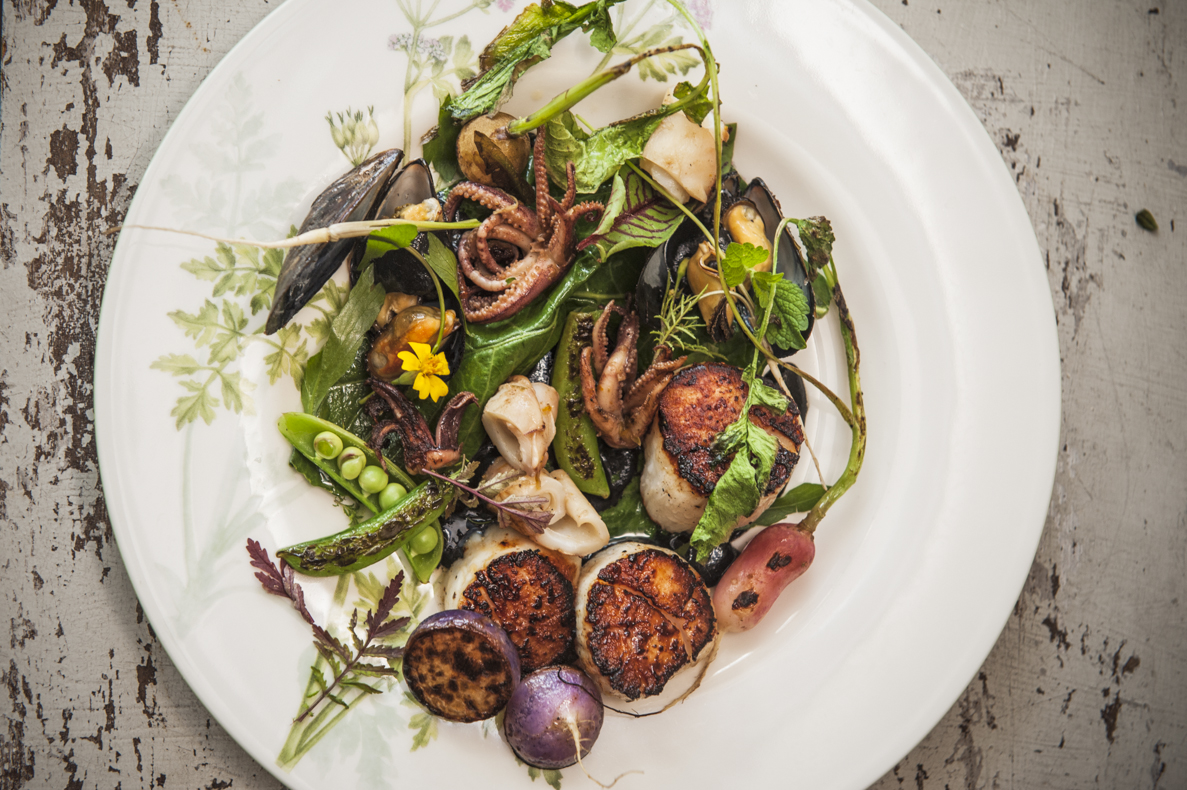