Flatbread Company and Other Local Options Are Headed for Brighton

The Boston Landing development is getting a coffeeshop, an upscale bar and restaurant, and a candlepin bowling alley. 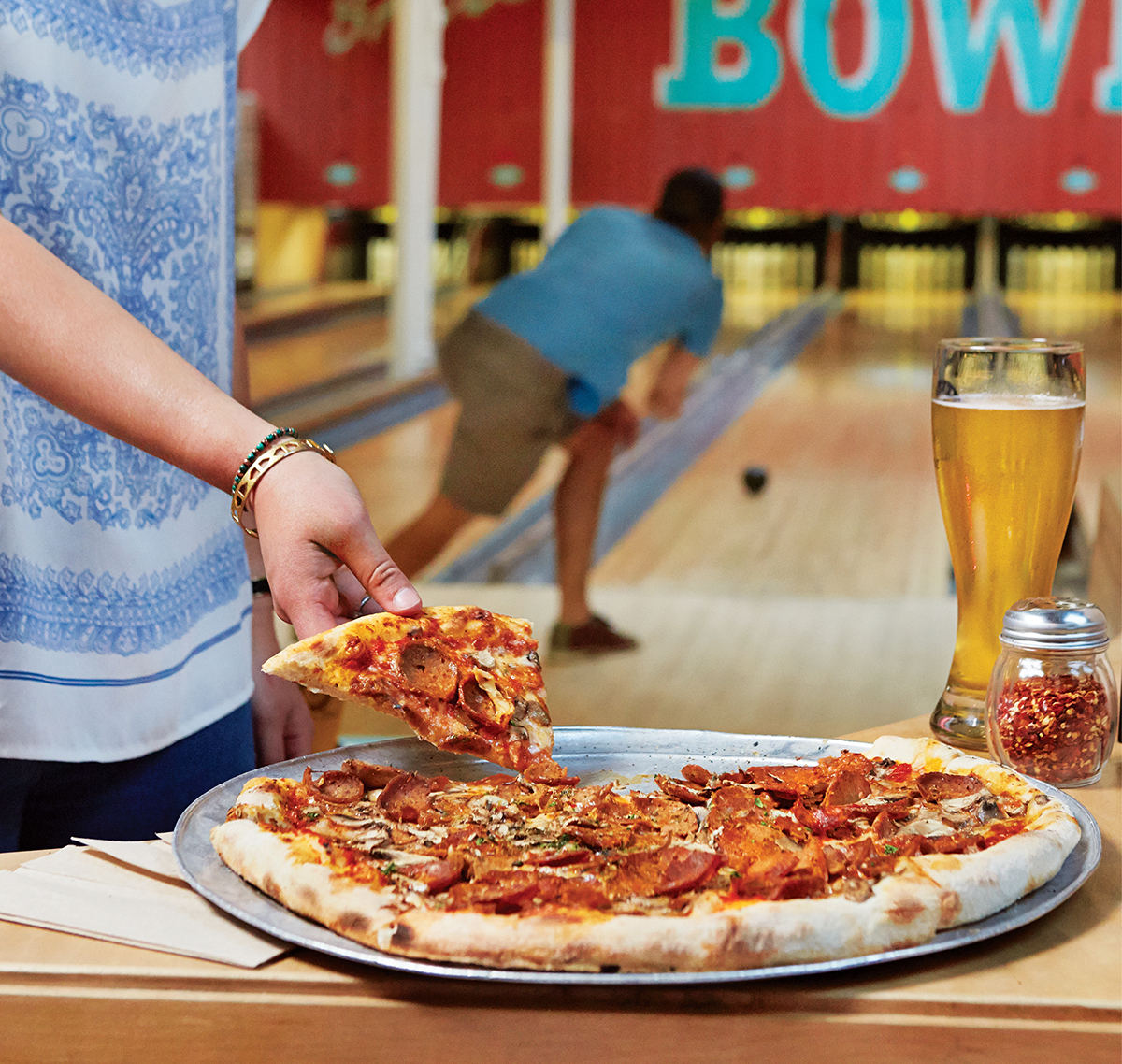 While Assembly Row gears up for Phase 2 of development over in Somerville, Brighton will not be outdone. Boston Landing—home of New Balance Athletics and the new practice facilities for the Bruins and soon, the Celtics—is finally getting a few dining options.

The first phase of retail leasing for the 33,400-square foot property is officially underway, with new leases signed by Kōhi Coffee Company, the Gloucester-based Beauport Hospitality Group, and the Flatbread Company, the developers just announced.

Kōhi—which is the Japanese word for “coffee”—is a café company based on Cape Cod. Since 2014, its Provincetown shop has offered a range of Tandem Coffee drinks, including double-ristretto espresso options, single-origin pour-overs, and iced coffee. It also makes a New Orleans iced coffee, a slightly sweet drink brewed with chicory root, and Mem Teas. The Cape coffeehouse carries a few baked goods, too.

James DeRosier and his husband, Ryan Campbell, co-own the coffeeshop as well as Spindler’s, a Provincetown restaurant that opened last year with a menu in consultation with chef Barbara Lynch. Kōhi will tap into the resources they have in the Spindler’s kitchen to expand the breakfast and lunch offerings in Brighton, DeRosier says. They are still working on the menu, but expect things like morning toasts, grilled cheeses, soups, and other healthy-ish options, he says.

The café will take up nearly 1,300 square feet, adjacent to the New Balance flagship store. DeRosier is eyeing a July debut for the second Kōhi Coffee Company, he says.

Rail Stop Restaurant and Bar will be the latest dining option from the team behind the Beauport Hotel, the Seaport Grille, and more in Gloucester. It will be a contemporary, New England-style spot, with seafood, steak, and more on a regionally sourced menu, plus craft beers, cocktails, and a large wine list. The 11,738-square foot space will offer private dining, plus a seasonal outdoor terrace. Peter Niemitz (Clio, Harvest) is designing the new restaurant.

The Brighton location will be the Flatbread Company’s 15th restaurant—and its second candlepin bowling alley. It debuted in Amesbury in 1998, and took over the legendary Sacco’s Bowl Haven in Davis Square in 2010. The New Hampshire-based company is moving into 8,349-square feet of space at the base of the Warrior Ice Arena. It’s bringing along a wood-fired oven, of course, to fuel its menu of artisan pizzas, and it also serves salads, and offers an extensive craft beer program.

“In addition to their shared New England homegrown connection, all of these tenants also support the ‘live work play’ environment of the development,” says Erin Harvey, senior leasing and marketing manager of NB Development, in a press release.

The NB Development Group is behind these projects, as well as the Boston Landing at Allston-Brighton commuter rail station, slated to open this May. The Celtics will move into their practice and training facility at 40 Guest St. in 2018, and future development will include a 295-unit residential building and more retail space.

Pending buildout stays on track once it begins this spring, DeRosier is eyeing a July debut for the second Kōhi Coffee location, he says. The other restaurants will debut at some point in 2017.