Pamangan Is Bringing Filipino Food to Boston This Spring 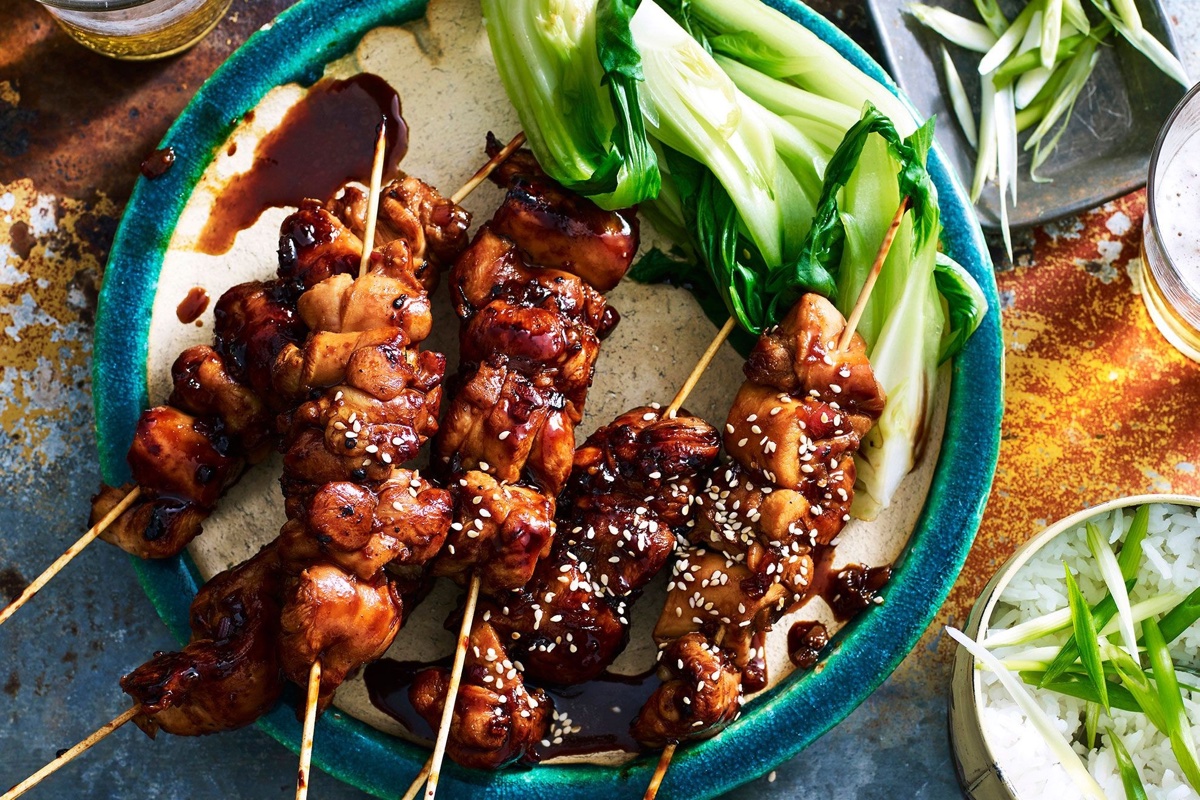 Pamangan inasal is on the menu at Lamplighter Brewing Company. / Photo provided

Top Chef fans who have been hungry for the vibrant, Filipino-inspired cuisine fan favorite Sheldon Simeon has been making this season might as well visit his native Hawaii—the Boston area is fairly devoid of this Southeast Asian fare. But thanks to the pop-up series Pamangan, you can get a taste on Sunday, March 5, at Lamplighter Brewing Co.

In April, Pamangan chef Ellie Tiglao will team up with chefs Roland Calupe and Yana Gilbuena for a weeklong series of multicourse Filipino feasts in the area. Calupe is New England-based and locally, has brought his fare to Saus; Gilbuena has “evangelical zeal,” wrote the New York Times, to share the cuisine from her native Visayas region in the Phillippines with her traveling pop-up, Salo. Stay tuned to the chefs’ social media for the to-be-determined details around that series.

A Bay Area native, Tiglao initially came to Boston to pursue neuroscience, but eventually left the field and launched Pamangan with her brother, RJ, in 2014. The Kapampangan-American duo collaborated on more than two dozen pop-ups in the Boston area, while RJ has always been based in California. Ellie is taking it from here, she says.

Their father was a chef in Monterey, and while he made California cuisine professionally, the family grew up cooking and eating Filipino food at home, Tiglao says. In 2016, she made a two-month research trip to the Philippines.

“The same principles that guided his work are ones I’ve taken to heart: the idea that simple is actually really hard to do, that it depends on your ability to execute well and that you really know your ingredients,” she says.

Filipino food, generally, features sour and savory flavors, and a low spice factor, Tiglao explains. “We like to think our food is super flavorful, really impactful, but that there’s a lot of balance,” she says.

The dish she’s making for Sunday’s pop-up at Lamplighter is a marinade and grilling technique from the Western Visayas region of the Philippines, traditionally made with chicken, and she’ll also offer a vegetarian version with tofu and jackfruit. She’s topping garlic rice bowls with the skewers and ginger, for a spicy freshness, grilled scallions, and non-traditional radishes.

“We don’t really eat radishes [in the Philippines], but as a Filipino-American, I think about all kind of ways to balance food. I like a crunchy, fresh accent,” Tiglao says.

Pamangan pop-ups have been one of the only ways Bostonians can try this unique cuisine. JnJ Turo Turo, a small market in Quincy, serves homestyle Filipino food on the weekends, and chef Patrick Enage, a Philippines native, had some deconstructed Filipino dishes on his pan-Asian Akinto menu at Wink & Nod. Enage is currently developing Akinto into a full-on restaurant.

But the cuisine is trending: the buzzy Bad Saint in Washington, D.C., was Bon Appetit’s runner-up restaurant of 2016, and the high-profile Simeon recently hinted at plans to expand his Hawaiian-Filipino concept, Tin Roof.

“To do Filipino American food in this moment is great,” Tiglao says. She’s connected on Facebook with people doing it around the country, and through that community, she traveled to Filipino food festivals in Oakland and Chicago last year. It’s also how she connected with Calupe and Gilbuena to bring more Filipino fare to Boston this spring—and that’s good news for every local food fan. 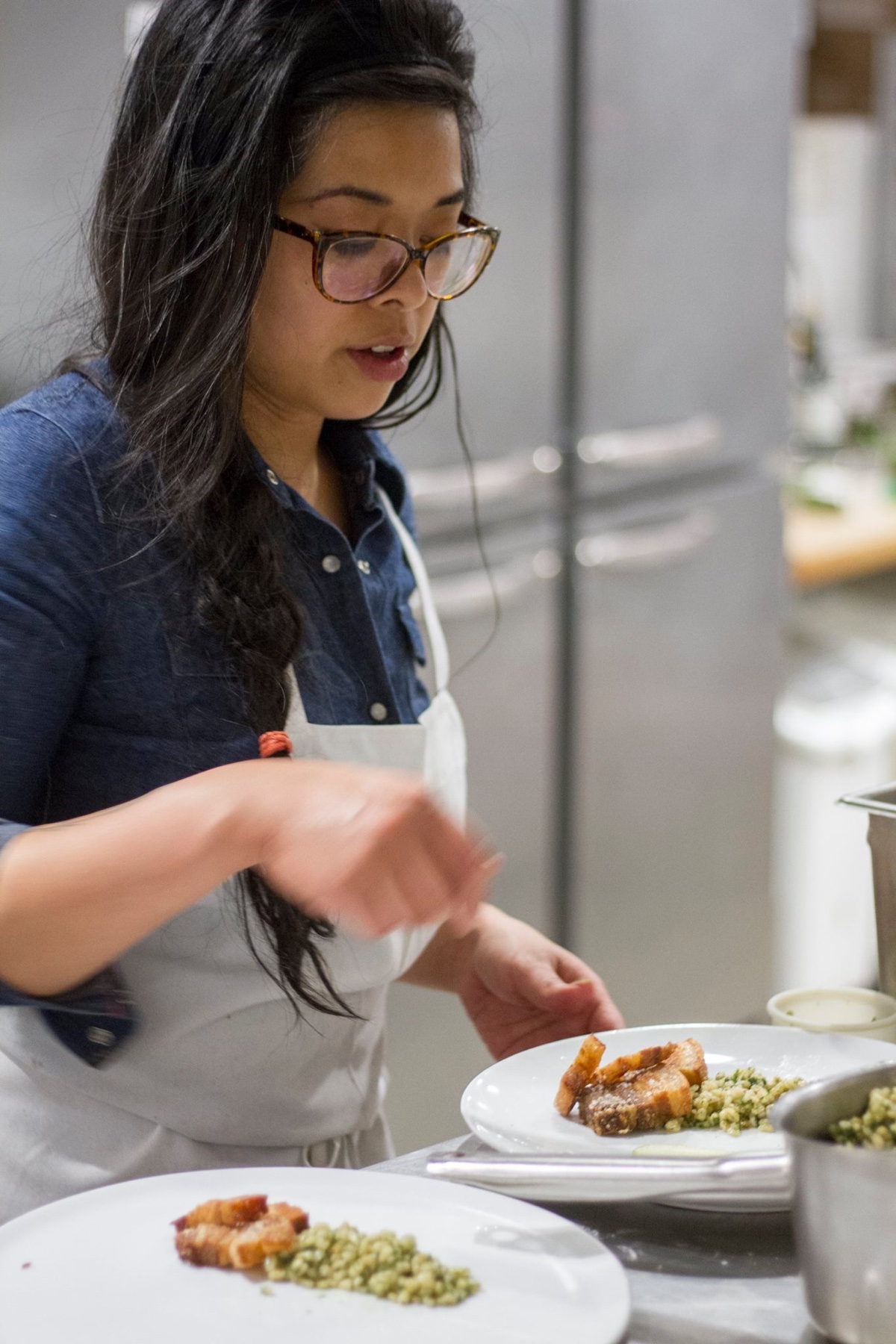 Ellie Tiglao of Pamangan cooking at a pop-up at Study Restaurant in 2016. / Photo by Nabeela Vega provided